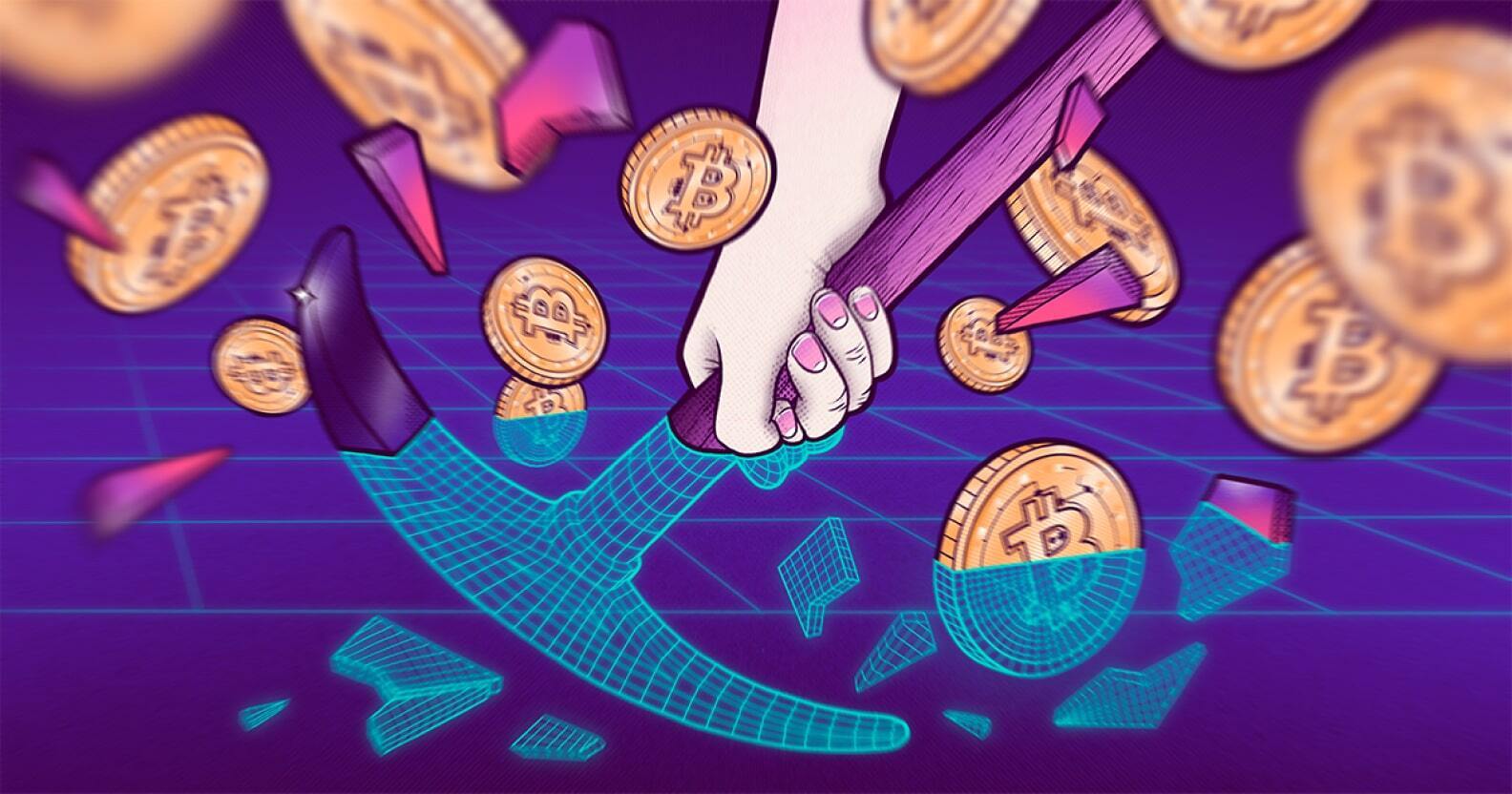 Is a CCP crackdown really all bad for miners though?

Crypto fans’ hopes of a global Bitcoin economy took a hit last week when China tightened up the reins on using digital currency in the country. That hit hurt even more when the country completely banned crypto mining in the Sichuan province.

And now, 90% of China’s crypto mines are shut down.

So, aside from the fact that the equivalent of 40,000 hippopotamuses’ worth of machinery is currently sitting idle, what does all this mean for crypto machinery makers and miners?

Let’s start where the magic happens: in the ASIC machine. These units were first developed by Chinese hardware maker Canaan Creative for one sole purpose: mining Bitcoin. And 50% of the world’s supply of those machines are in China.

Or at least, they used to.

China’s swipe-left on crypto is nothing new. But what’s stirring the pot a little bit faster these days is the level of enforcement backing its latest set of restrictions and changes.

All of this is a tad annoying for many crypto miners, because about 65% of them have long considered China home.

And the headlines have got the global hash rate (aka the rate at which crypto gets mined) in a tizzy. It’s now at a one-year low.

Mining companies with facilities in China are getting hit. They’ve got to respond to the crackdown, pick up shop and relocate. Fast.

Or at least, as fast as you can get 40,000 metric tons airlifted to North America.

That seems to be where most of the miners are setting up camp.

For starters, because temperature-wise, it’s actually quite cool. So, from an energy perspective, it’s an attractive environment.

Talk of Bitcoin’s hefty carbon footprint has been a pretty big-ticket topic over the past few months. Even zealots like Elon Musk have voiced concern, and that’s caused some pretty major volatility.

He (and many others) are worried about the power consumption required to mine Bitcoin, and how that’s all contributing to the digital currency’s carbon footprint.

Musk said he’s only going to go back to accepting Bitcoin once miners are using at least 50% clean energy.

So, what does all this mean for crypto miners? Let’s take a closer look.

The big picture of crypto mining’s an interesting one because many of the miners have had better growth than cryptocurrency in and of itself. That’s because the miners tend to leverage whatever the demand is for crypto.

So in a way, they’re a riskier bet because they’re probably more susceptible to higher highs and lower lows not unlike traditional gold and silver miners.

Here’s how it all breaks down: a miner buys some ASIC machines. The machines get mining, which really just means they continuously solve some blockchain code. Then, they churn out the crypto.

But they can’t just make as much crypto as they please.

That’s because every 10 minutes, the global Bitcoin network puts out enough capacity for only 6.25 Bitcoin to be mined.

And from those 6.25 Bitcoin, all of the miners in the world take a small bite out of the crypto pie.

But with most of China’s miners moving out, miners with facilities in other countries are going to be able to get a lot more greedy.

Let’s look at an example of what that really means. Take US miner Marathon Digital.

But now that China’s miners are closing up shop, Marathon’s been able to swoop right in and get its hands on 3.2% of the total network.

So, it can mine 2.7x more Bitcoin than it did back in May.

In May, Riot Blockchain also made 227 Bitcoin.

But thanks to its 16,146 mining ASICs being based out of New York, it’s likely that number’s going to grow until China can get its machinery back on solid land.

Riot and Marathon look set to get a boost from investing big time in expanding their capacity.

Marathon’s installing new equipment daily, to make sure it can really take advantage of China’s miners going offline. And with 88% of its energy coming from zero-emission sources, it’s probably going to be a US policy fan favourite.

Yet another miner that could get a boost is Argo Blockchain. It leases Bitcoin mining data centres all across North America, and it’s just taken out a $20m loan to build up its Texas facility.

While its share price has slowed down over the past month, Argo’s got some good footing for going forward. It’s yet another miner making a push towards exclusively green and clean energy. So it’s well-positioned to avoid any looming threats of regulatory crackdowns from the US government.

Chinese crypto miner Bit Digital, on the other hand, has been dealt a tougher hand. Because now, it’s scrambling to get all its massive machinery up and out of the country.

And essentially, the longer that takes to sort out, the longer they’re offline. Which means more Bitcoin’s getting made by their North American rivals.

What’s next for crypto mining?

The bigger picture here is that crypto’s move out of China could be really good news for crypto’s legitimacy. Firstly, because it should increase its decentralisation, which is a core tenet of Bitcoin’s appeal.

Because when most of the world’s hashing power was reliant on China, that made it very vulnerable to regulatory crackdowns. It also rendered Bitcoin inherently centralised - against its very ethos.

Growing fears that China would soon start to selectively censor certain blockchain users suggested the whole mining system could end up getting slowed down. If China decided to ask a miner to ban someone from its servers, the miner would have to listen. What China says, goes.

So, although China was attractive for its cheap power, the US is finally getting to catch up.

The race is on, and Bitcoin miners able to snag as much ASIC machinery as possible right now are going to be able to increase their production capacity.

The current bottleneck on manufacturing hardware means a lot of miners are not-so-patiently waiting. So in the meantime, miners who’ve already got the goods are going to be majorly benefitting.

What are your thoughts on the investment case for crypto miners? Let us know on the community forum:

Covid’s clinging on but this isn’t ‘rinse and repeat’