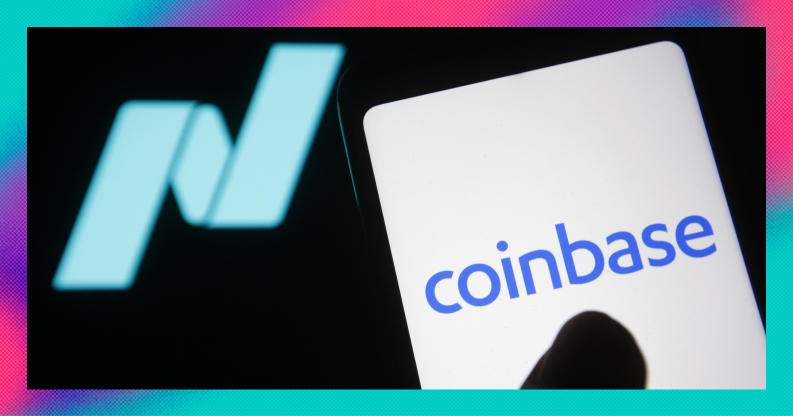 Massive revenues may have stolen the headlines but there were some interesting details hidden away in the crypto exchange’s latest report.

They were impressive. The company saw revenues of $2.03bn for the three months ending at the start of July, along with just over $1bn in profit.

If it continues to generate similar levels of cash for the remainder of the year, it will earn more than Nasdaq and Intercontinental Exchange (owner of the New York Stock Exchange) did in 2020.

But that’s a big ‘if’. Coinbase’s success is dependent on prices in the cryptocurrency market. The company itself noted that the mix of volatility and high pricing were exceptional last quarter and may not continue for the long-term.

This probably wasn’t big news to anyone involved in the sector as most investors know the wild swings we’ve seen were likely to benefit Coinbase.

And in many ways those weren’t the most interesting figures in the report. Like most financial results, there were some hidden tidbits of information that tell us more about the company’s future than topline numbers can.

One of those bits of information was the disparity between retail and institutional trading volumes and the revenue they actually generate.

During the quarter, retail customers, meaning regular people like you and me, traded $145bn-worth of cryptocurrency on Coinbase. Institutional customers traded $317bn.

You’d think this would mean the latter group were much more of a money-maker for Coinbase.

A breakdown of Coinbase's trading volumes, taken from the company's report.

But that wasn’t the case. Retail activity contributed $1.82bn in revenue, whereas institutions earned the crypto exchange just $102m.

Unfortunately Haas did not elaborate upon those points, nor does Coinbase break down its results in enough detail to figure out why there is such a big gap in fees.

It may be because retail customers that make small transactions are exposed to a huge range of fees on the platform. Those fees aren’t flat, meaning they vary depending on the size and nature of the transaction you make.

That could mean millions of customers making a large number of small transactions earn Coinbase much more than a hedge fund making a small number of large transactions.

Another possibility is that institutions are acting as market makers, much as other companies do on stock exchanges, and helping to facilitate trading on Coinbase.

Coinbase's net transaction revenue over the past five quarters, taken from the company's earnings report.

This does appear to be the case for some firms. For instance, Virtu — a large US market maker — seems to be acting as a market maker on Coinbase and Gemini, another crypto exchange.

Of course, this may also not be the case. Ultimately we’ll have to wait and see if Coinbase provides a greater breakdown of revenues before we can say what’s actually going on.

What’s negative about all of this, from a Coinbase shareholder’s point of view, is that you’d typically expect institutions to make a company more money.

The crypto exchange made a point of the fact it has brought on ten of the 100 largest hedge funds in the US as clients. That may be a sign the sector is gaining wider acceptance, but it doesn’t seem to mean very much for the firm’s bottom line.

Retail trading fees still account for around 90% of total revenues — something that’s barely changed in the past 18 months. Unless institutions start making the firm more money, shareholders may wonder if the hype surrounding their onboarding is really valid.

Another interesting take away from the firm’s report was in the takeup of other products it offers.

Cryptocurrency firms have long made most of their money through trading and transaction fees. For instance, Coinbase will add a spread to any cryptocurrency trade you make and also charge you for converting between different currencies.

Clearly these sorts of fees remain the biggest source of revenue for the firm and will do so for the foreseeable future. But there are some positive signs the company is diversifying away from them.

Coinbase said an additional 900,000 customers started using its staking services last quarter. Staking is a process by which you put down some of your digital assets and earn interest on it by helping facilitate transactions.

The growth in user numbers means 27% of Coinbase’s active monthly users are using its staking services, one that they can also charge a hefty 25% fee on. Russ Dias, Freetrade’s own Product Manager for crypto, noted the significance of this.

“Generally non-investing crypto activity, like staking, was activity reserved for folks more on the fringe of digital assets,” he said. “But seeing 27% of Coinbase’s users do staking is pretty impressive. This was one of the first aspects of crypto that got product/market fit and now it's effectively scaling out of crypto-native customers only.”

Staking is also not the only non-investing service that Coinbase is branching into. It’s in the early stages of launching debit cards and lending services.

Cards would be an opportunity to generate more income from payment fees. At 2.49% per transaction, these are very hefty, even compared to the sums your bank might charge you for spending abroad.

Borrowing also has the potential to be a good money maker, although the firm can only lend up to $100,000 for now.

Again, these sorts of services are likely to remain secondary to retail trading and transaction fees for now.

But they show Coinbase is a bit of a different beast compared to traditional stock exchanges. The Nasdaq isn’t going to be launching a debit card or lending services any time soon, for example.

Still, even those cards and lending services seem to be predicated on charging abnormally high fees on otherwise normal products. Coinbase has said it won’t compete on fees but it’s easy to see customers getting peeved by some of the prices they’re having to pay for access to the company’s services.

Bitcoin isn’t the only cryptocurrency in town

Another part of the group’s diversification efforts may lie in customers moving away from focusing so much of their efforts on Bitcoin.

The cryptocurrency has tended to generate by far the largest trading volumes for Coinbase. Last year’s second quarter saw it taking up close to 60% of all transactions.

That then fell, with Bitcoin averaging 36% of trading volumes in the subsequent three quarters.

But this time around it made up only 24%, with Ethereum managing to top it at 26%. The firm said no other asset comprised more than 10% of trading volumes but didn’t break down the numbers.

Trading volumes on Coinbase by asset class, taken from the company's earnings report.

Coinbase attributed this to a wider downturn in Bitcoin trading but also because the digital asset doesn’t allow staking. Ethereum does and that may be why more users have been buying it.

This sort of spread across different assets may make some shareholders happy. After all, if everyone is in one asset then the company’s fortunes are strongly tied to it.

But the reality is, as with many areas of life, you’d expect about 80% of trading volume to be in around 20% of listed assets — something known as the Pareto principle.

That means Coinbase is likely to always have a small number of assets with very high volumes and a much larger number with small volumes.

That wouldn’t necessarily be a problem in other cases because prices are less volatile.

But the crypto market is still moving around incredibly manically. That makes it hard to describe Coinbase as a totally reliable investment.

A smoothing out in the market might change that but questions would probably still linger as to the legitimacy of the industry itself.

So even with those bumper results in the bag, it may be worth standing back for a while and seeing what happens. You never know what’s next in the wild world of cryptocurrency.

What do you think is next for Coinbase? Let us know on the community forum: