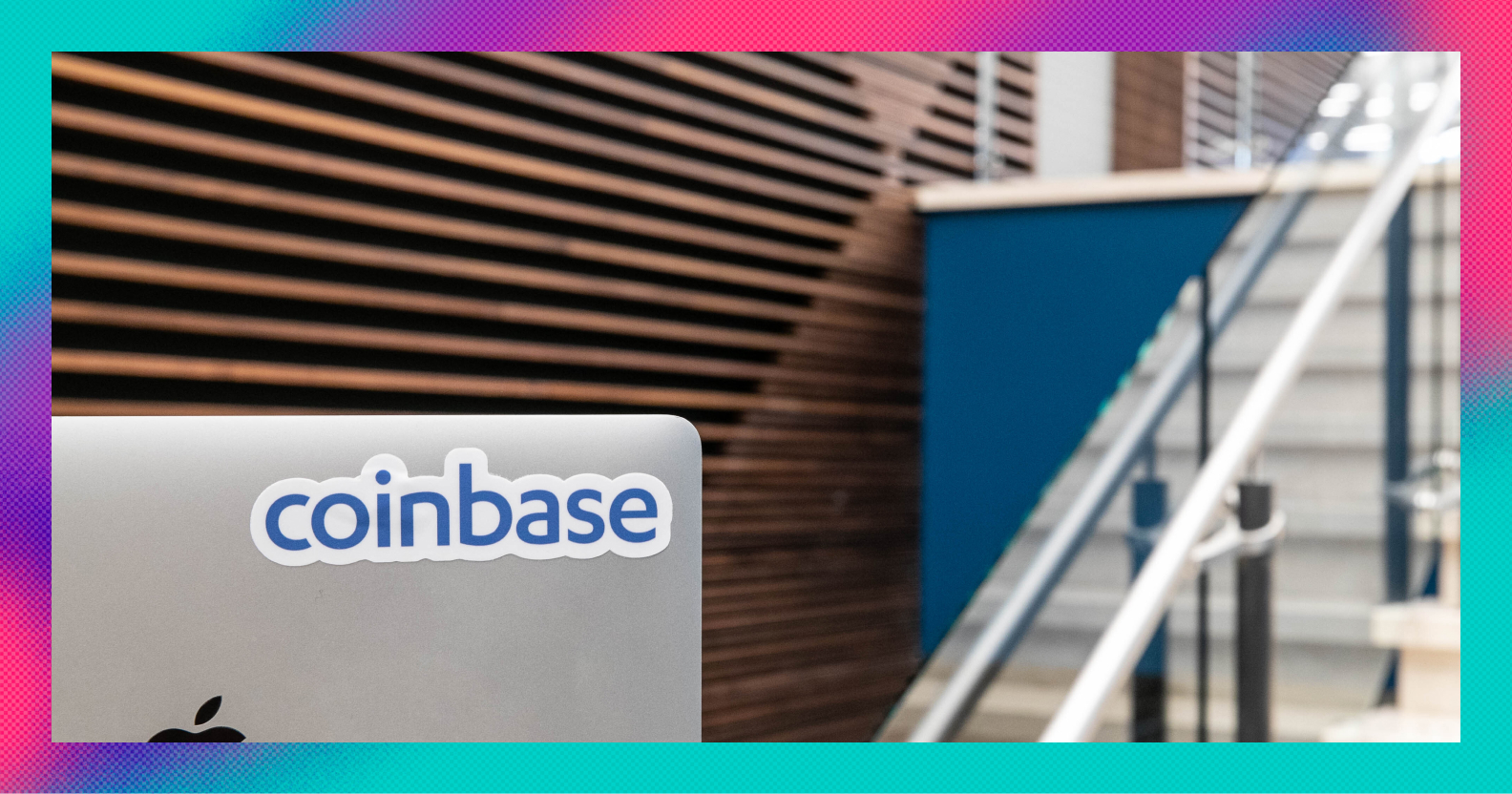 The firm is likely to be a prisoner of market volatility for some time to come.

Another week, another big name debuting on the US stock market.

This time it’s Coinbase. Shares in the cryptocurrency platform will start trading on the Nasdaq on Wednesday afternoon UK time.

By some estimates the company will hit a $100bn valuation once listed, although other reports indicate it could be substantially lower than this.

But if it does, it would make Coinbase one of the most valuable financial services businesses in the US — ‘only’ $12bn behind Goldman Sachs.

Beyond this high valuation, one of the things that’s really captured people’s attention is the route Coinbase is taking to market.

The crypto firm is not holding a regular initial public offering (IPO). Instead, it’s using a direct listing to go public.

As the name implies, this is where a firm takes its shares and sells them directly to investors on an exchange.

An IPO normally involves a company selling its shares to investors for a fixed sum. Assuming they want to, those investors can then go to an exchange and start selling the shares they’ve just bought.

This often results in a massive price increase, called an ‘IPO pop’, meaning the investors who bought the shares from the company can then sell them at a substantially higher price than the one they just paid for them.

This naturally annoys a lot of companies, who feel they underpriced their shares and didn’t get all the money they could have.

Direct listings are supposed to be a remedy for this problem. Roblox and Palantir both used the method to go public and were well-rewarded for doing so.

But it doesn’t always work out. Spotify held a direct listing and saw its share price fall substantially on its first day of trading.

It’s hard to say if this will happen to Coinbase. It may tank but then the company has seen lots of interest, so there’s a chance it will do well and hit those high valuation figures we’ve seen in the press.

Whether it will be able to maintain that valuation is another story.

Like other exchanges, Coinbase is a volume-driven business — the more people trade and transact on its platform, the more money it makes.

Last year the company managed to capitalise on the surge in crypto trading and rake in $1.3bn of revenue and net income of $322m. That was compared to revenue of $534m and a $30m loss in 2019.

The firm now has 43m users, 2.8m of which are active on a monthly basis. The company also has 7,000 institutional customers, which includes hedge funds and asset managers.

That latter group of clients should prove very valuable for the company. Coinbase has $90.3bn in assets on its platform. Of that amount, $44.8bn — almost half — belongs to those institutional clients.

Those numbers mean Coinbase is one of the few companies, dumped into the ‘tech’ bucket, which is actually making a profit at the time of listing.

But of last year’s total revenue, 96% came from transaction fees. That is a huge proportion and shows how susceptible the company will be to a downturn in trading.

This is something Coinbase CEO Brian Armstrong acknowledged in the group’s prospectus, a document submitted to the US financial regulator before a listing takes place.

“You can expect volatility in our financials, given the price cycles of the cryptocurrency industry,” wrote Armstrong. “This doesn’t faze us, because we’ve always taken a long-term perspective on crypto adoption. We may earn a profit when revenues are high, and we may lose money when revenues are low, but our goal is to roughly operate the company at break even, smoothed out over time, for the time being.”

Those comments suggest that, for the short term, Coinbase revenues will be subject to the whims of the market. If there’s more volatility, and thus more trading, revenues will go up. If there is less volatility and less trading, then they’ll go down.

The question is whether or not the company can do anything to break that cycle. The firm also charges custodial fees, has a payments offering and is developing a card which can be used to spend crypto. But as we’ve seen, so far the returns on these products have been relatively small.

The message one gets from Armstrong is that Coinbase will succeed more as the ‘cryptoeconomy’ blooms. And according to him it’s barely started.

But the problem here is there is often no clear vision as to what that would look like. Would it mean we end up paying for everything in Bitcoin? Does it lead to a world where crypto replaces things like gold and silver?

That’s not to be snarky and say crypto won’t affect our lives in some way, it’s just not clear at the moment how exactly it’s going to happen. Coinbase hasn’t said much about it either, with most of the comments in its prospectus being broad in scope but lacking in meaningful detail.

And because of that, it makes it tricky to see how Coinbase evolves beyond being a company that makes money like a stock exchange combined with a stockbroker. The firm charges for data and pricing feeds, like an exchange, and makes customers pay for trading and other transactions, much like a stockbroker.

That’s not a bad position to be in. Exchanges and stockbrokers, like the London Stock Exchange Group, make lots of money and Coinbase could too.

But seeing it in high falutin terms and making wild predictions about the future seems more speculative than based on reality.

Again, that’s not to say crypto won’t have a meaningful impact on the way we live. The question is how that will do anything to make a meaningful change to the way Coinbase makes money.