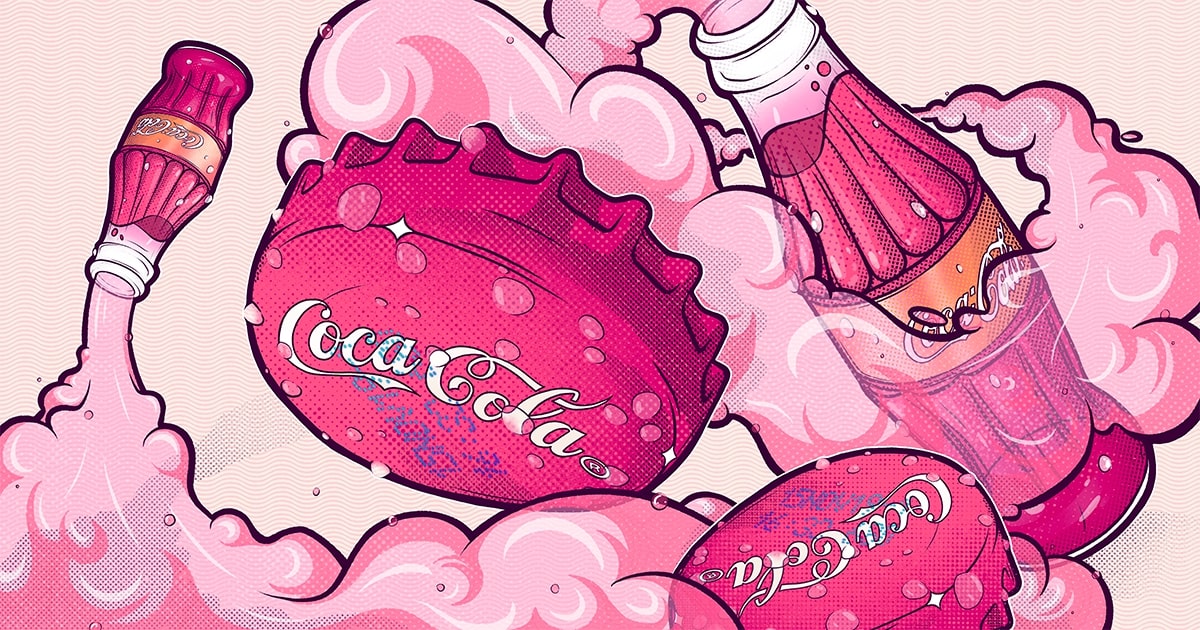 Morphine, cocaine and smart franchising have all helped the world’s most famous soft drink maker

People across the world consume 1.9 billion servings of Coca Cola brand beverages every day according to the soft drinks giant.

A back of the envelope calculation shows you that would mean we are consuming enough Coke products to fill the whole of Loch Ness every 12 days. That’s a lot of soft drinks.

Such success, at least for the company if not our teeth, did not take place overnight. Instead it’s the culmination of over a century of steady growth.

The Coca Cola Company has a long history. One biography of the business stretches to almost 600 pages in length — and that was published almost 30 years ago.

Naturally then, summarising its past isn’t an easy thing to do, at least without missing out on some of the finer details. But hey, we’ll give it a go.

Our story begins way back in the 1860s when a guy named John Pemberton was trying to kick his morphine addiction (yes we’re aware this a weird way to start the story of one of capitalism’s defining symbols).

You see, Pemberton had been injured fighting in the American Civil War and was taking morphine to ease the pain. But he wanted to stop.

And to do that he began making various concoctions to help. One of the first he came up with was called ‘Pemberton's French Wine Coca’, which was sold as a tonic.

This was a syrupy liquid containing (seriously) a mixture of wine and cocaine. The recipe was based on a similar drink that had been developed in France in the early 1860s, whose proponents included the Pope, Queen Victoria and Thomas Edison.

Swapping morphine for cocaine and booze doesn’t seem like a very logical thing to do but the drink sold well and Pemberton didn’t plan on stopping what he was doing.

Alas, fate had other plans for the budding entrepreneur. Or at least the Woman's Christian Temperance Union (WCTU) did.

The WCTU, which still exists today, was very concerned at the rate of alcoholism in the post-Civil War South and they pushed local governments to ban the sale and consumption of alcohol.

They succeeded in doing so in Atlanta, Georgia, which is where Pemberton was based.

As a result, he was forced to remove the alcohol from his tonic. Not the cocaine though, that was alright.

Not one to give up on a good thing, Pemberton decided to rejig his product and came up with what is now Coca Cola. The name derives from two ingredients — coca leaves and kola leaves.

The fast food chain was founded by two brothers but it was Ray Kroc, an early partner in the business, that saw its potential and made it into the global conglomerate it is today.

Similarly, it was Asa Candler that took Pemberton’s product and laid the foundations for 2021’s Coca Cola empire.

Candler, a druggist, met Pemberton in the 1880s and liked what he was doing.

Pemberton was still struggling with his morphine addiction and, looking to get some hard cash, started selling off his rights to Coca Cola to Candler in 1888.

Candler had effectively taken control of the business by 1892 and began to market it heavily across the US.

He was very successful.

Aside from doing a good job at marketing and selling a drink that was probably very addictive, Candler’s main innovation was to come up with a novel form of franchising.

The Coca Cola company would sell the syrup to another business, which would be responsible for producing, bottling and selling the drink.

These bottling companies, like Hellenic, still exist today and have been hugely influential in Coke's ability to spread across the world, much as the franchising model has helped McDonald’s do the same.

Candler eventually retired in 1916 to become mayor of Atlanta.

Coca Cola would go public three years later and shares in the business have been trading on the New York Stock Exchange ever since.

The intervening 100 years have seen the firm become a massive conglomerate, with holdings as varied as Costa Coffee and Minute Maid lemonade. At one point Coke even owned the Columbia Pictures movie studio.

Major shareholders include Warren Buffet, whose investment group Berkshire Hathaway bought $1bn-worth of Coca Cola stock in the late 1980s. Buffett still allegedly has at least one Cherry Coke every day and appeared on the cans when they launched in China.

The trouble for prospective investors is, well, where do you go from here? Coke is now such a gigantic company that there’s not much room for it to expand.

That’s arguably been the case for a long time too. The company has been paying an increasing dividend for almost six decades.

One thing that the group has done to counter this trend is to start selling off bottling facilities.

Last week when we wrote about computer chips, we talked about how it’s expensive to design them but even pricier to make them.

In the same way, Coke is great at strategy, marketing and creating new products. But it’s less keen on producing, bottling and distributing its drinks because it’s so expensive to do it.

Incidentally, there is so much money to be made as a Coca Cola bottler that many businesses that do it are themselves giant companies. Several, including four on Freetrade, are even publicly traded.

Anyway, aside from trying to generate value for shareholders by making more money, Coke has been selling off its own bottling facilities to third parties.

The goal here is to increase the company’s margin, meaning the amount of money it keeps as profit relative to its earnings.

This actually seems to be working. Comparable operating margin increased by a little over 3% last year, although revenues slumped by 11% which more than offset those gains.

What shareholders will be hoping now is that Coke’s focus on developing products and selling them can lead to some more revenue growth as margins go up.

One thing that may prevent this from happening is a growing concern about health, obesity and sugar.

Almost everyone today is aware that drinking lots of Coke is not a good idea. That wasn’t the case several decades ago and certainly not when the business started out being sold in pharmacies.

This is one of the main reasons Coca Cola brought in its ‘Zero’ and ‘Diet’ options, much like cigarette makers touted filters and ‘lighter’ smokes to ease public health concerns in the 1950s.

But it’s not just public awareness that’s changing for the soft drink maker. Many countries around the world, from the UK and UAE to Thailand and South Africa, have introduced specific taxes on sugary drinks over the past decade.

Those don’t seem to have dented sales much for the group but they aren’t a positive sign either. It’s hard to see companies selling such beverages falling to the same opprobrium as big tobacco, but there are definitely similarities between them.

Ultimately that may make it hard for the likes of Coke to grow their sales numbers.

Then again, they can look to the past for inspiration. Remember Coke once had to remove booze and cocaine from its products. If it can do that, maybe finding an alternative to sugar won’t be such a big deal.