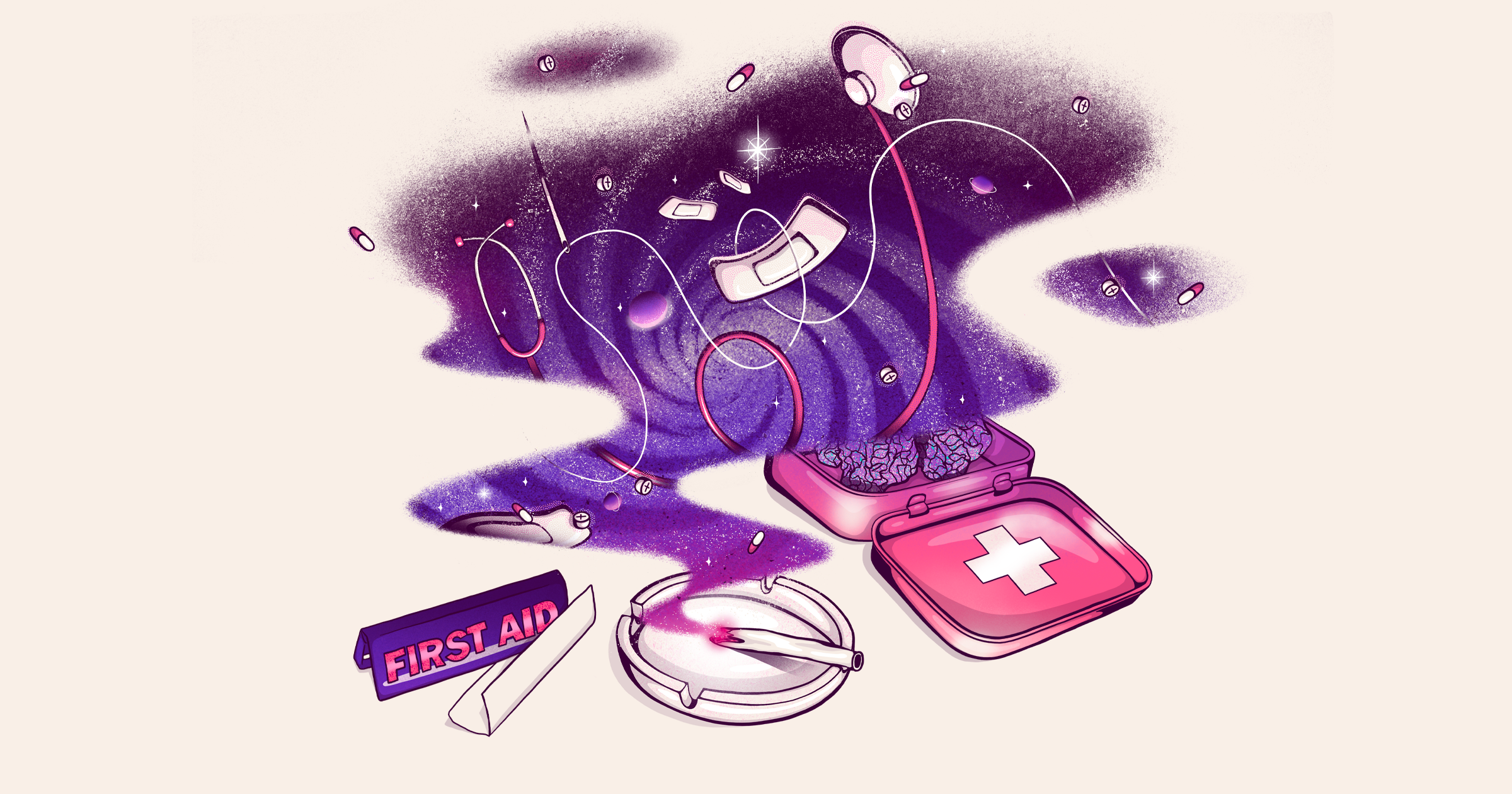 This UK-based company has been researching medical cannabis for 20 years.

What do pot and gunpowder have in common? They both do cool things when you set them on fire and the first people to use them ‘properly’ came from China.

Archaeologists digging in a cemetery in the west of the country last year uncovered a 2,500-year-old brazier that had been used to burn cannabis. Whether the original owners used it because they liked the smell or because they wanted to get high at funerals is unknown.

Whatever the case, the point is that people have been smoking weed for a long time. The laws that have restricted its use for the past century or so haven’t changed that — and many of them are disappearing too.

Several US states have made pot legal and so have Uruguay and Canada. The UK made medical cannabis legal in 2018, though other restrictions mean it has not been widely prescribed in any form.

Despite these restrictions, one UK company has been researching medical cannabis for over 20 years.

‍GW Pharmaceuticals, which is based in Cambridge, was founded in 1998 by two doctors, Brian Whittle and Geoffrey Guy. The idea for the company appears to have come from Guy reading a book, advocating medical marijuana use, by an American nurse named Mary Lynn Mathre.

"It seemed to me that here was a very useful plant, with a long history of medical applications, and there were patients and patient groups who swore to its effectiveness and safety," he told media outlet Cannabis Culture back in 2003.

In the same year that the company was founded, it managed to get permission from the British government to grow cannabis plants and start testing them for medical use. It remains one of the few companies in the UK permitted to have marijuana plants.

What does GW Pharma do?

In the years after its founding, private investors pumped about $40 million into GW Pharma. That money was used primarily for medical cannabis research.

After it was given the green light to undertake this research by the UK legal authorities, GW Pharma entered into an agreement with Hortapharm, a Dutch company that had been cultivating different strains of marijuana since the 1990s.

That deal meant Hortapharm would provide the pharmaceuticals company with the different plants it needed to carry out its research.

In 2010, GW Pharma finally brought a product to market. Sativex, a mouth spray used to treat patients with multiple sclerosis, became the first cannabis-derived drug to get regulatory approval when it was given the green light by UK medical authorities.

Since then, GW Pharma has also released Epidiolex, which was approved by US authorities in 2018 and European Union regulators in 2019. The drug is aimed at treating children with forms of epilepsy.

GW Pharma on the stock market

Apart from developing drugs using pot, GW Pharma has also been publicly traded since 2001. The medical firm started out on AIM, a sub-market of the London Stock Exchange that is generally used for smaller companies that want to go public.

Its shares were initially trading at £1.82 and remained fairly stagnant for the next decade. Even positive trials in 2009 and regulatory approval for Sativex failed to give the company’s stock price any major boost.

Things changed when GW Pharma decided to do a dual listing on Nasdaq, a US exchange, in 2013. A dual listing is when a company’s shares trade on two exchanges at the same time.

GW Pharma’s success on Nasdaq ultimately led the company to delist from the AIM in 2016. Its shares are now only traded on the US exchange.

GW Pharma’s products have clearly played a big role in the huge increase in its share price. The company’s revenue lept from $15 million in 2018 to $312 million in 2019 after it started selling Epidiolex in the US. But there are other factors at play here too.

US investors have been more open to putting money into biotechnology and pharmaceuticals companies. In 2019, for example, biopharma companies raised $92.7 billion from US investors, equivalent to 60 per cent of global fundraising for the industry. By comparison, European companies only raised $27.5 billion.

Another factor has been the growing popularity of pot stocks. Cannabis companies have seen huge amounts of hype around them when going public in the past few years.

This can often be a negative thing in the long run — too much hype can lead to market bubbles. GW Pharma has, however, managed to produce meaningful products. So even if it has gained from market hype, that’s certainly not the only reason its share price has increased.

Looking to the future

Much has been made of the growing laxity of laws governing cannabis use across the world. A loosening of these rules would probably make it easier for GW Pharma to carry out research and sell its products.

The more important thing, however, is whether the company will make products that actually work. That it makes those products using a drug which is quasi-legal, semi-taboo and an often comical part of popular culture is irrelevant unless they are useful.

There is evidence to suggest that GW Pharma products do work, though they’re often very expensive. For instance, Sativex has only been available on the NHS since the end of last year because it was long seen as being too pricey.

In the long run, there are also likely to be more competitors entering the medical marijuana field. Whether they’ll catch up with GW Pharma remains to be seen.

Join the discussion on the forum.