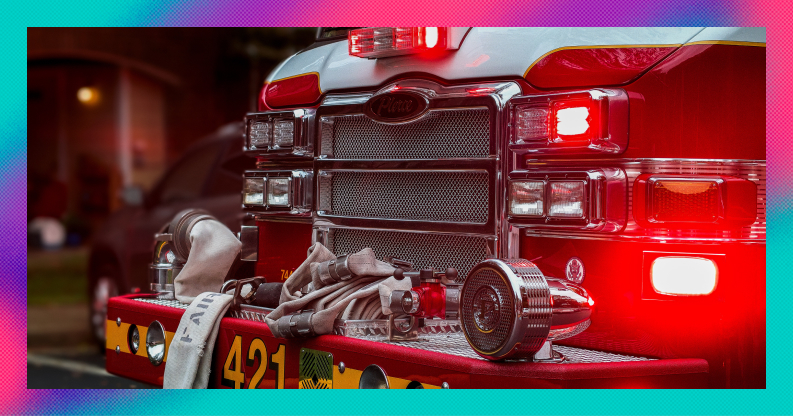 ‘Financial independence, retire early’ might be about money lessons, not outcomes.

It’s a lifestyle the internet would have you believe should be your core goal and on the face of it, there are certainly worse aspirations.

What is the FIRE lifestyle?

‘Financial independence, retire early’ (FIRE) preaches what it says on the tin. Rack up the cash early enough and you can quit the rat race to travel the world with only a backpack and 36 YouTube subscribers for company.

Through a combination of a steadily growing investment portfolio and sensible withdrawal rate, normally guided at around 4% each year, members of the FIRE community aim to live life on their own terms. So far, so pretty incredible.

The niggle comes when the reality of the situation sets in, both in getting to the stage where you can hand in your notice, and in the less commonly studied version of life FIRE exponents actually get to live.

How much money do I need to FIRE?

The general guidance is that you need a savings pot worth 25x your basic outgoings.

If you want to live off the UK average annual salary of around £30,000 (according to the ONS) you’d need a pot worth £750,000 to begin with. That would allow you to take your 4% (£30,000) each year while the pot hopefully keeps ticking over and growing in the background.

The 4% figure comes from the idea that you should be able to cream off the investment gains through a mix of capital growth and dividends, which tend to sit within the 3-5% range historically, and not destroy your pot’s ability to produce similar results next year.

Why isn’t everyone living the FIRE life?

There are a few headline hurdles here, which are the main reasons we’re not all following this method.

The first is the small issue of generating £750,000 by your early thirties.

That type of goal demands extreme levels of saving power from a young age and the necessary frugality to allow it.

Throw in the fact that you’re likely to join the working world on the lower rungs of the salary ladder and it starts to put huge pressure on your money right from the off.

It means the people drawn to the movement are either less driven by discretionary material purchases from the outset, or soon find they have to be if they want a FIRE life.

It also means some of the only people who can get close to achieving it are those earning top salaries straight out of their schooling years.

This all might seem obvious but the fact is it becomes an exclusive club very quickly despite the TikToks shouting about how anyone can achieve it.

How much should I be saving to live the FIRE lifestyle?

Normally when you start working out the sums needed to fund a happy retirement you factor in things like paying off the mortgage and having enough to take a few trips abroad.

Working backwards from those goals can show you the incremental amounts you need to invest every month and how those amounts could grow according to your risk level, asset mix and long-term compounding.

Even then, young people often struggle to invest the amounts they’d like to. FIRE takes that to the extreme and demands eschewing all possible money-related joy in your early working life in order to build as big a cash pile as you can.

Among other restrictions the celeb of the space avoided air conditioning to save $150 a month, on his way to FIRE.

How much you invest each month will depend on what you’re realistically able to but it’s not uncommon to hear of FIRE-focused investors putting away 50%+ of their earnings.

The point here is that it takes incredible dedication, a lot of cash, no wish to own a house or expensive goods and a goal of hopefully living off the equivalent of an average salary to master FIRE.

All of these aspects whittle down the viability of the whole concept to a very select group of those able and willing to try for it.

Lessons from the FIRE brigade

This is not to say there’s nothing to glean from this crowd. I have nothing but admiration for the dedication it takes to get to that stage of financial freedom.

In the end though, most of us won’t have a FIRE lifestyle high up on the agenda. Never owning a home or exposing ourselves to the risk from a drop in the market potentially hitting our income levels might be too much to handle. But there are some meaningful lessons we can take from it all.

The first is to interrogate your spending. That doesn’t mean strip your life of anything that sparks joy, just think about which parts truly matter to you and which parts are genuinely a waste of money.

The second is to realise just how important it is to invest early and give your money the chance to compound over time. Remember, the best time to invest was 50 years ago, the second best time is now.

And a third point is to make sure your own financial goals lie at the heart of your saving and investing habits. That’s something the FIRE brigade is fantastic at. We all have different aims, different abilities to save, different risk tolerances and different ideas of what constitutes financial independence.

Make it work for you and don’t be swayed by the 20s video clips you see online.

What's your take on FIRE? Are you a paid up member of the club? Let us know on the community forum: