Holding cash can be dangerous 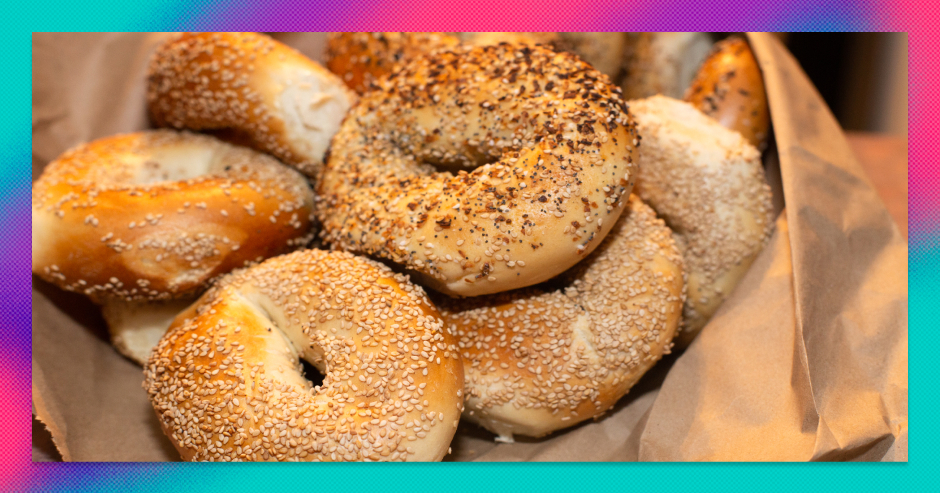 Stopping in the Happening Bagel Bakery on Monday morning, this author was dismayed to see the price of a single plain bagel had risen to 80p. Only a couple of months ago it was 70p and only a couple of decades before that it was 30p.

These are the sorts of price rises you probably heard your parents complaining about growing up. Back in their day, a pint cost under a pound. Now it can set you back more than a fiver.

Nostalgic yearnings for a cheaper past may be something of a cliché but they also point to the dangers of holding too much cash.

Your money loses value, even if inflationary fears are unfounded

This is something that’s been in the press a lot recently. Some combination of supply chain problems, a shortage of workers, and lots of money floating around in the economy appears to be pushing up prices.

It’s hard to say if this is going to be an ephemeral phenomenon or if it will translate into the near Weimar-esque inflation levels that much of the West saw in the 1970s.

Even if the latter scenario doesn’t pan out, the reality is inflation remains a problem for anyone with cash in the bank.

Currency devaluation is a part of central bank policy, with the Bank of England targeting a 2% inflation rate each year. Libertarian-minded gold bugs often see this as a governmental conspiracy to screw over regular people.

That’s understandable to an extent but a stagnant or deflationary currency often leads to limp economic growth or even a shrinking economy.

Inflation - good for the economy, bad for us

The problem is any macroeconomic benefits inflation may confer might be good for society as a whole but not necessarily for us as individuals looking to tuck our savings away in a bank account.

In the past things were a little simpler. Higher interest rates meant that, even if its real value didn’t necessarily increase, your cash could at least rise in line with inflation.

But since the financial crisis in the late 2000s interest rates have been close to zero.

Keeping your money in the bank since then would have thus meant gaining almost nothing and seeing it lose its real value over time.

The alternative for most people has been to plow their money into the stock market.

Historically, holding a diverse portfolio of equities over a prolonged period of time has meant seeing superior returns to holding cash in the bank.

This was true even prior to the era of low interest rates we now find ourselves in.

If you had done the same over the past decade you’d have seen an average annual return of 14.6% or 12.5% when adjusting for inflation.

Keeping money in an ISA is a deadend

These sorts of results make it seem like investing is something of a no-brainer. And in the current circumstances it’s hard to argue against that logic.

Some people seem to understand this but are fearful of dipping their toes into the stock market waters.

As a result, they may deposit cash to their investment account but then leave it sitting dormant.

This is arguably even worse than just keeping it in a bank account. Even if interest rates are low, they do at least provide some return to anyone keeping money in the bank.

How to use ISAs for income investing

5 tips to choose your investments

Conversely, an investment account typically yields no interest at all. In fact, some brokers even charge account fees that would see you losing cash, not gaining it.

Unless you have plans to invest it, keeping money in your GIA, ISA, or SIPP is thus a pretty easy way to see your savings lose value over time.

You work hard, so the money in your ISA should too, don’t let it off the hook. If you’re stuck on specific shares to buy, it might be an idea to explore regularly saving into a broad market ETF that covers the US, UK or even a snapshot of the whole world.

Don’t go all in

You may conclude from all of this that saving cash is pointless and you should be pumping your pay cheque into stocks as soon as it arrives in your bank account at the end of the month.

That’s not entirely true. It goes without saying that you can’t pay for your groceries in Tesla shares.

More importantly, we nearly all have emergencies and accidents that require cash to solve. This author recently had to fork out an exorbitant amount of cash to fix a leaking roof.

Similar problems pop up more than we’d like them to and not having cash on hand can actually be dangerous.

For instance, imagine if you had all your money in an index fund and suddenly had an urgent payment to make when the market crashed in 2020. You’d have to cash out at a low and miss out on the subsequent recovery, whether you liked it or not.

The other benefit of keeping savings in cash is that you have the opportunity to buy assets when there is an event like the market crash we saw in 2020.

When that crash happened, some stocks were trading at extremely low valuations. For instance, Big 5 Sporting Goods ended up having a market cap lower than its net profit for several prior years.

Taking advantage of such opportunities is impossible if you have no cash savings. The best you can do is sell off some stocks and buy into others in the hope the ones you're investing in will outperform the others you sold.

This can be a long waiting game. Markets don’t crash often and opportunities can be hard to identify. Your cash is also likely to be losing value because of inflation in the meantime.

Sadly for us, there is no perfect solution here. We often obsess so much over what we want or need that we forget it may not be possible in reality.

Holding some cash is a necessity, much as we may not want it to be. But that doesn’t mean we have to hoard it, particularly in places where it’s only going to lose its value.

Perhaps the simplest way to think about this is if you believe you’ve got enough cash to cover any emergencies and, if you feel like it, a bit more for taking advantage of buying opportunities, the remainder can go into the stock market.

What that actually translates into percentage or real money terms is dependent on your own financial situation. Like most other things in the world of investing, this is one of those annoying areas where your own circumstances dictate what the outcome should be - there are no silver bullets.

Top 10 ISA stocks in May on Freetrade

Nike: the goddess of DTC