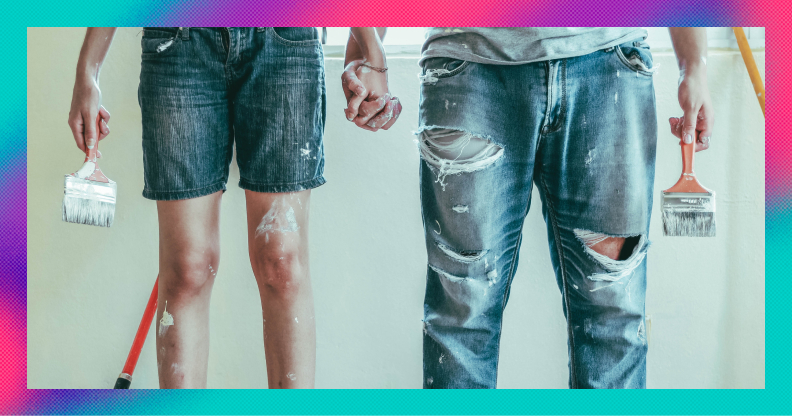 Will unemployment be the sector’s undoing in 2021?

UK house prices dropped in January, as the end comes into view for the government’s stamp duty holiday.

The average price of a house in Blighty fell by 0.3% to £229,748 between December and January according this week’s Nationwide House Price Index.

That retraction is the first fall since June and comes just a couple of months ahead of the Chancellor’s scheme drawing to a close on 31 March.

2020 threatened to derail the housing market early last year but the stamp duty holiday, which eliminated tax on property purchases up to £500,000 in England and Northern Ireland, has boosted prices in the past few months.

With home-hunters having either made early efforts to move and take advantage of the scheme, or deciding a rushed deal now isn’t a priority, activity has slowed.

Nationwide chief economist Robert Gardner said, “To a large extent, the slowdown probably reflects a tapering of demand ahead of the end of the stamp duty holiday, which prompted many people considering a house move to bring forward their purchase.

“While the stamp duty holiday is not due to expire until the end of March, activity would be expected to weaken well before that, given that the purchase process typically takes several months.”

The market changed shape in 2020, as inner city workers found less of a need to be close to an empty office and looked for gardens further afield.

That train of thought kept the sector buoyant, with the total number of mortgages approved for house purchases during the year exceeding approvals in 2019, and house price growth ending 2020 at a six-year high.

Unemployment is key in Q2

The virus is still with us and as vaccine rollouts control its spread in 2021, arguably this year the hardships will come in the form of the economic fallout.

Unemployment hit 5.0% in the three months to November - an increase of 0.6% over the previous three months, and means 1.7m people were out of work in the UK.

There is a growing unease that this number is being kept low by the government’s furlough scheme.

Zombie jobs only able to exist through the supportive measures may become untenable for employers if the Chancellor doesn’t extend furlough from April, or help businesses with the transition.

If no preparations are made, UK unemployment could reach 7.5% (or 2.6m people) this year, according to the Office for Budget Responsibility.

That adds to a prediction of 7.7% from the Bank of England, who also suggested a slim chance of the 10% level being breached.

As a result, Nationwide added a warning to their figures, saying the market could slow “sharply” in the coming months.

What does that mean for UK housebuilders?

The supportive scaffolding of the past year has allowed the nation’s housebuilders to take advantage of a scramble for housing, especially towards December.

This morning, the UK’s largest builder Barratt Developments announced it would reinstate its dividend after house sales reached record highs in the second half of 2020.

And while the potential challenges this year are evident, healthy order books in a property-obsessed nation across the sector are keeping animal spirits alive.

Barratt chief executive David Thomas said, “Whilst we are mindful of the continued economic uncertainties, the housing market fundamentals remain attractive and our outlook for the full year remains in line with expectations.”

And, according to Alex Wright, manager of the Fidelity Special Values investment trust, the full extent of last year’s positivity in the housing sector still hasn’t come through yet.

Comparing the resurgence of US housebuilders against their UK peers last year, Wright pointed to the likes of Lennar seeing a strong bounceback whereas homegrown firms like Vistry hadn’t joined the party.

The brief stamp duty holiday, and its end, might not actually shake the market too much in the view of the manager. in a November webcast Wright said, “When we look at the US which doesn’t have that short-term boost you’re seeing the same trends.”

But housebuilders also face the prospect of the UK’s Help to Buy scheme being restricted to first-time buyers only this year, before being phased out entirely in 2023.

The programme has boosted the bottom line of many of the big players throwing up flats to meet the nation’s lack of housing.

That government-supported safety net perishing and Britons not wanting to take on mortgages while the furlough cliff edge looms might be the reasons the UK builders sit within Wright’s value screen.

If they can catch up with their US cousins 2021 could be a good year for the sector but there are a lot of UK-centric challenges to overcome first.

Deliveroo IPO: what you need to know