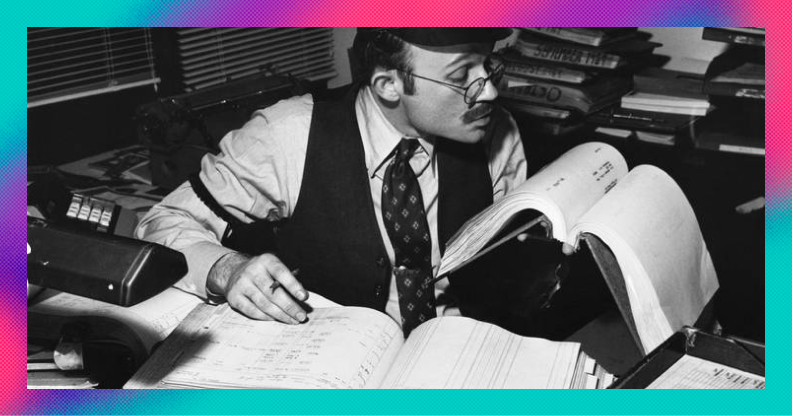 A random client request got the company started in the accounting sector.

It was International Women’s day last week and as part of the celebrations we thought we’d dedicate this edition of the Weekend Read to BlackLine.

Well, BlackLine is one of the few publicly traded tech firms founded and led by a woman — Therese Tucker. Hopefully if more budding female entrepreneurs know about it, they’ll feel inspired to set up a startup as well.

It’s also an interesting business and has been extremely successful over the past couple of years, so it’s worth knowing about as an investor too.

Lots of companies owe their existence to some sort of happy accident.

Domino’s Pizza only exists because its founder, Tom Monaghan, needed a way to pay his college tuition fees. And the Slack messaging app was created as a side project by a bunch of video game developers.

BlackLine’s origins aren’t quite as random but they're still similar.

Tucker founded the company in 2001 and planned on making software for wealth management companies.

It was a pretty bold move to make. She’d just got divorced, had two children to raise and used up all her savings to fund the company.

The original name was ‘Osaba’ but three months after it was launched the 9/11 attacks happened. Anything that sounded similar to ‘Osama Bin Laden’ was out of the window, so ‘BlackLine’ was born.

Besides this branding hurdle, a bigger problem Tucker faced was competition.

Big name companies were already making headway in the wealth management technology space back in the early noughties.

As good as BlackLine may have been, the company struggled to compete with the heavyweights, with Thomson-Reuters taking the biggest piece of the pie.

What changed the company’s fortunes was a simple request from one of its customers.

The firm asked Tucker, who was burning through money at the time, if she could create a tool to automate part of its accounting process. She said ‘yes’ and the BlackLine of today was born.

Transitioning into an accounting business had several benefits.

For one, there wasn’t so much competition. There are lots of accounting tools out there but BlackLine’s was fairly unique at the time.

Its aim was to provide a wide overview of a company’s finances. The tech firm would ultimately develop a tool enabling what is now known as ‘continuous accounting’.

This is a long topic, one that probably deserves its own Weekend Read, but it's effectively a way of automating lots of accounting processes so that you can get a live rundown of what’s happening with a company’s finances.

That may not seem like a big deal but even now it’s a fairly novel piece of technology.

If you think about your own bank account, in the past you’d have to wait for a statement to arrive before you could see what your spending had been in the past month.

Today’s banking apps let you know what your account looks like right now. That makes quick financial decision-making much easier.

Unfortunately for big businesses, they tend to have a huge, complex web of cash flows, which makes managing their money tricky.

To give one example, imagine if 25% of your revenue is in dollars that you have to change into pounds. A live shot of how the GBP/USD exchange rate is affecting your balance sheet right now would be a useful thing to have.

It’s also exactly the sort of tool that continuous accounting firms, like BlackLine, aim to provide.

Of course, it’s not just wealth managers that need those sorts of bits of tech.

Every company in the world needs to do its accounts at some point, so BlackLine’s shift into the sector meant it could start trying to sell software to lots of businesses, not just financial ones.

And that’s exactly what it did.

The firm’s first big name clients were eBay and Costco. Today it serves a whole range of companies, from British Gas to Coca Cola.

Another reason it was popular early on was because it offered cloud services.

Every single tech company today likes to ramble on about the cloud, so it can be easy to forget that it was a fairly innovative piece of kit to be offering 15 years ago.

For smaller businesses it made BlackLine’s services cheaper but for all customers it meant the firm’s accounting tools were easier to access.

The road to IPO

The result of this was more customers and more money. For a long time, BlackLine was hitting 50% compound annual growth.

It may seem surprising then that Tucker almost cashed out. She attempted to sell the business back in 2013.

But the private equity firm she approached as a prospective buyer liked what she was doing and, as well as investing, encouraged her to stay on.

The company ultimately went public in 2016, with its shares increasing in value almost four-fold since then.

Along the way, Tucker has developed her own persona. After being asked to make a drab corporate video not long before BlackLine’s IPO, she agreed but only on the condition that she could do it with dyed pink hair.

By her own admission this has now become a “weird trademark” but it’s also funny to see different journalists and executives have different takes on it, especially as it seems to have been a random decision and not a contrived one.

Tucker’s personality may slowly fade into the background in the years ahead.

BlackLine’s founder stepped down as CEO in January of this year, with chief operating officer Marc Huffman filling her shoes.

The reason for that seems growth-driven. By her own admission, Tucker is keener on product development and design than growing the company’s revenue.

At the same time, she’s been in the role for two decades and seems to want to hand the reins to someone else.

Huffman’s goal now is to turn BlackLine into a $1bn revenue business. That will take some doing but it’s certainly possible.

The accounting group doubled its earnings from 2017 to 2020, turning over $351m last year. If it can continue that growth trajectory then it will get there, although it may take a while.

A bigger problem is profitability. BlackLine is not bleeding cash like a lot of tech firms but it’s still loss-making or barely breaking even.

Getting to $1bn in sales is all well and good but if you aren’t making any money then shareholders are going to start punishing you.

So Huffman will have to do more than just grow the business, he’ll also have to start balancing the books. But hey, he’s got the right software to help him do it.

Build your financial knowledge and be in a better position to grow your wealth. We offer a wide range of financial content and guides to help you get the insight you need. Learn how to invest in stocks if you are a beginner, how to make the most of your savings with ISA rules or how much you need to save for retirement.

This should not be read as personal investment advice and individual investors should make their own decisions or seek independent advice.
When you invest, your capital is at risk. The value of your portfolio can go down as well as up and you may get back less than you invest. Past performance is not a reliable indicator of future results.
Freetrade is a trading name of Freetrade Limited, which is a member firm of the London Stock Exchange and is authorised and regulated by the Financial Conduct Authority. Registered in England and Wales (no. 09797821).

Shell and the green future