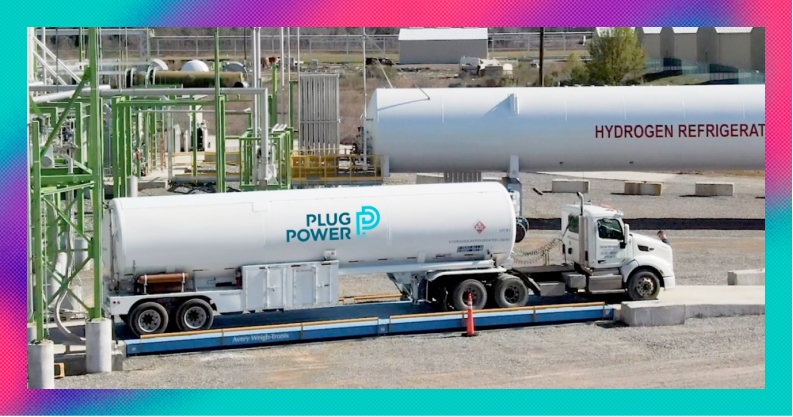 Miners, makers and ETFs can all give exposure to the electric vehicle sector.

Few sectors have attracted the sort of interest the electric vehicle (EV) industry has seen over the past couple of years.

In large part because of Tesla’s meme-tastic CEO, people have been pumping money into EV stocks, particularly since the pandemic began.

Along with regulatory changes working in the sector’s favour, such as the UK’s plans to ban fossil fuel-powered cars by 2030, this means there’s good reason to think EVs are the future of the automobile industry — even if many companies selling them are overvalued.

But buying EV stocks, like Tesla or Nio, isn’t the only way to get exposure to the sector.

All EV companies need batteries and most of those run on lithium.

The most obvious choice here for stockpickers is to hunt for any company mining the metal.

UK-listed Bacanora is one example. The company operates a set of lithium mines in Mexico and also runs a processing plant in the country.

Other UK miners include Cadence Minerals and Kodal Minerals.

There are some obvious risks to all of these companies.

For one thing, simply buying the narrative that more EV cars equals higher lithium demand, thus making miners more attractive, might not be a good idea.

Like all companies, lithium miners have unique operations and are active in different regions. So even if demand for the metal they mine goes up, you can’t be certain they’ll be able to benefit from it.

As an example of this, Zinnwald Lithium has two projects ongoing in Sweden and Ireland but neither are active, so the company isn’t getting any lithium from them.

Another thing to be wary of is the idea that more EVs guarantee higher lithium prices. Only about 39% of global lithium production goes into batteries. And that’s all batteries too, not just those used to power cars.

It seems likely that proportion will grow as demand for EVs rises but it still means a drop off or increase in demand from other sectors would have a significant effect on lithium’s price.

This is not to discount the connection between lithium and the EV sector entirely. It’s simply to say that it’s a good idea from which to start thinking about an investment but not the deciding factor which should make you buy shares.

The same is true of the battery sector.

There has been lots of enthusiasm for battery makers in the past 12 months as another way of getting exposure to the EV boom.

Plug Power is probably the most well-known in this regard, although its shares have lost over a third of their value since their January peak. Other firms in the sector include QuantumScape, Ilika and Romeo Power.

As with the mining businesses, remember that all of these firms have their own strengths and weaknesses, so you shouldn’t just leap in and assume all of them are going to be instant winners if the EV market booms.

Romeo Power, for example, focuses on making batteries for commercial vehicles. Illika is completely different as its batteries are used in industrial machinery and medical devices, not just vehicles.

It’s also worth remembering that drawing a connection between EVs and batteries doesn’t take a particularly high level of mental acuity.

Lots of people already know this is a chance to get exposure to the EV sector and have invested accordingly. Prices have gone up massively as a result.

Take Plug Power. Even taking into account its recent dip, shares in the company are still up more than 10-fold in the past 12 months, meaning future growth may already be priced in.

The other option available to investors looking to buy into the battery market is to invest in an ETF.

The positive for both of them is that a broader exposure to the sector should help alleviate any of the individual overpricing or problems that some companies face.

For instance, the Battery Solutions ETF’s largest holding is in Plug Power. But the exposure it has is still small, so it did not see the same plunge in value the battery maker has experienced over the past couple of months.

Of course, the downside to a lithium or battery-focused ETF is that it’s still sector-specific.

So even if there can be damage limitation for problems affecting individual companies, any large-scale problem that affects the industry as a whole will still be felt.

Last week we wrote about Oatly’s upcoming IPO. The main point there was Oatly’s product isn’t bad but it’s share offering is taking place in an atmosphere which lends itself to overvaluing vegan food companies.

The same may be true of the battery and lithium sector. A lot of the hype from the EV market has already seeped through to miners and battery makers.

The past couple of months may have seen some pullback but prices remain high almost across the board.

Does that mean we should completely discount the sector? It’s hard to say.

Back in the early 1970s, shares in L’Oreal were trading at 281x earnings — a number similar to what we’re seeing across the EV sector today.

But if you’d held on to those L’Oreal shares, they still would have delivered index-beating returns up until 2019. Ultimately the high price-to-earnings ratio was worth paying for because of the growth the beauty company delivered.

And that’s what true believers in the EV sector think will happen with the likes of Tesla and Plug Power. Undoubtedly there’s some speculation going on too but there are many people who really believe the sector’s future growth will justify current share prices.

What you have to figure out is if you agree. After all, for every L’Oreal, there’s a Nikola lurking around the corner.