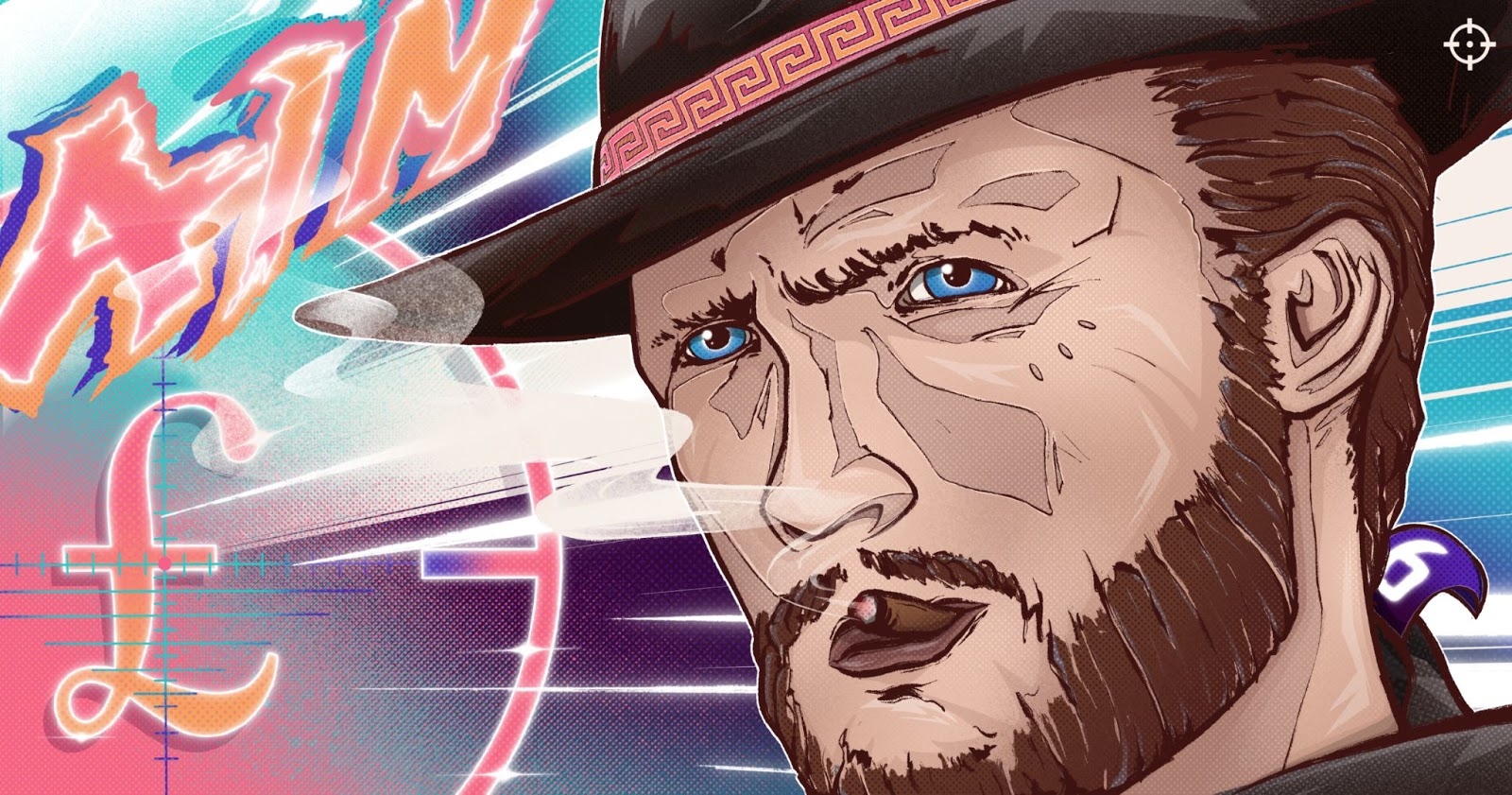 The UK small cap market often gets a crazy reputation but is it justified?

This article originally appeared in the Weekend Read.

Away from the biggest names on the UK market there’s a corner of the market that investors love and fear in equal measure.

The Alternative Investment Market (AIM) has its die-hard fans, who scour the lower realms of the index in search of small cap winners.

But for every staunch supporter there’s a trembling investor sitting with a strong tea, promising themselves they’ll never go near it again.

There aren’t many other indices that provoke such polemic responses but is that more of a reflection on us as investors, or is it genuinely an investment madhouse?

Surely it can’t be the circus some think it is if the likes of ASOS, Naked Wines, Hotel Chocolat and Purplebricks call it home, right?

What is the Alternative Investment Market (AIM)?

Let’s have a look at what AIM actually is.

Launched in 1995 as London’s junior market, AIM started out with 10 companies valued at £82m. Today, AIM is home to around 850 companies with a combined market cap of £104bn, so says the London Stock Exchange.

It’s usually small companies aiming to IPO that consider AIM instead of the main market.

Part of the reason is that listing your company’s shares on AIM comes with lighter-touch regulations than bigger bourses, meaning smaller or earlier-stage firms can see it as a less daunting way to come to the stock market.

How is AIM different from London's main market?

An easy way to spot the differences is to look at the admission criteria for AIM and its bigger cousin.

Some of the main ones are included here. This isn’t an exhaustive list but it does illustrate the more relaxed requirements that younger or smaller firms can find attractive.

So AIM’s different. Why does it get a crazy rep?

Well, when you have less rigorous entry requirements, naturally a lot of investors start wondering why the firms on there didn’t want to meet the standards of the main market.

That risks missing the point though. The whole idea of AIM is to provide a route to market for firms either not ready, or put off by all the paperwork and tight regulation needed for the big leagues.

A big difference in that sense is the role of the nominated adviser (street name: nomad) in AIM firms.

Nomads are essentially corporate finance advisors, (usually small investment banks) that AIM companies have to keep on board so there is always someone making sure they’re sticking to the market rule book.

How to invest in penny stocks

The thing is, there have been a few cases of these nomads dropping the ball. To be fair to them, a lot of the headaches start with the firms themselves and the nomads find out the problems too late.

A good example is Chinese food additive business Sorbic. In 2015 its chief exec, Wang Yan Ting, took the company’s corporate seals, business licences and some cash hostage and refused to hand them over. He lost his job, the nomad resigned and Sorbic shares were delisted from AIM.

So, while a lot of investors are quick to put the blame on nomads in times of trouble, company management should really be the first place we look.

We’ve all seen corporate scandals right up and down the cap scale - it just seems to happen more often and more explosively among small companies with less oversight.

The point here is that looser regulation has its pros and cons, and investors should be aware of them before jumping in.

Is it worth investing in AIM companies?

After all that, you might be wondering why on earth anyone would voluntarily get caught up in such a risky, and often speculative, part of the market.

A lot of it has to do with the growth potential on offer, if you know where to look.

That can mean developments in the business can have huge impacts, both positive and negative, on share prices. Expanding into a new market or having a new product take off might be positive for a big UK company but it can be life-changing for an AIM firm.

The medical diagnostics firm develops pathogen testing kits for the medical, life science, and food industries, so 2020 was its time to shine.

The likes of Astrazeneca saw a good lift in share price for its vaccine efforts. But Novacyt’s Covid-19 rapid testing kit rollout sent its price into the stratosphere.

After plummeting in value over 2019, the firm’s shares have now returned over 400% in the past three years.

That’s not to say every AIM firm will perform like that, but the possibility is one reason a lot of investors stick around despite the flags that scare others off.

Why are smaller companies able to generate superior returns?

What are the downsides of investing in smaller companies?

AIM shares - the good, the bad and the ugly

That last point is an important one. The gap between the winners and losers on AIM can be extreme so investors need to do their homework.

Keeping up to date with such a volatile index can end up feeling like a part-time hobby. But if there was ever a market that needed your attention this is it.

The likes of Boohoo, ASOS and Fever-Tree have really led the charge for the validity of AIM and, understandably, often get touted as the big success stories.

Their stellar rises are testament to what good companies on AIM can achieve. But investors looking for the next breakout star would do well to remember some of the less glamorous tales.

A lowlight in the past few years was the collapse of high street bakery company Patisserie Valerie in 2019.

Having listed on AIM in 2013 and funding its own growth through the firm’s cash flow, the chain was seemingly doing quite well. It was even paying a dividend - a rare sight on AIM.

But, the cake and coffee group plunged from a value of £580m to zero in less than four months after it emerged its accounts were basically a work of fiction.

The firm said it had uncovered “thousands of false entries into the company’s ledgers” and that “the misstatement of accounts was extensive, involving very significant manipulation of the balance sheet and profit and loss accounts.”

So, that’s the good and the bad taken care of, and it tends to be the small miners that fit somewhere in between. Like Jekyll & Hyde, they can be as ugly as they are beautiful.

Junior miners tend to scavenge around forgotten drill sites or try to exploit shallow reservoirs where they can. It’s cheaper, sometimes the infrastructure is already there, and as they’re small themselves they don’t need a once-in-a-lifetime find to get them into profit.

There’s a huge amount of jeopardy here though. Sometimes it all clicks into place and the market gets excited like in the cases of Greatland Gold, Eurasia Mining, Kodal Minerals and, more recently, Orosur.

But then there are the drawn out cases like Ascent Resources. Battles with the Slovenian government, regular boardroom changes and strategy changes, broken equipment - Ascent has seen the lot. And all the while shareholders have been asked to kindly provide more money to keep the lights on.

If there is a sector typifying just how hit and miss AIM can be, mining is it.

How to invest in smaller companies

Big names like Boohoo and Fever-Tree have hopefully laid to rest the view that the whole AIM index is just one big gamble. It isn’t.

But it does require a certain type of stock picker. One that’s willing to roll up their sleeves and get stuck into the financial statements. Looser regulations mean there are fewer safeguards in that respect, and fewer professional analysts doing it for you.

For that extra legwork, you could find yourself holding a genuinely valuable opportunity that a lot of others haven’t seen yet. To get there though, you’ll probably have to separate the wheat from the chaff for a while.

AIM is far from the wild west older investors seem to think it is. Caution and a keen eye for detail are essential to make sure you don’t get caught up in another Patisserie Valerie and hopefully back the next big success story among the market minnows.

What's your take on AIM? Are you mad about small caps or do you stick to the big leagues? Let us know on the community forum: