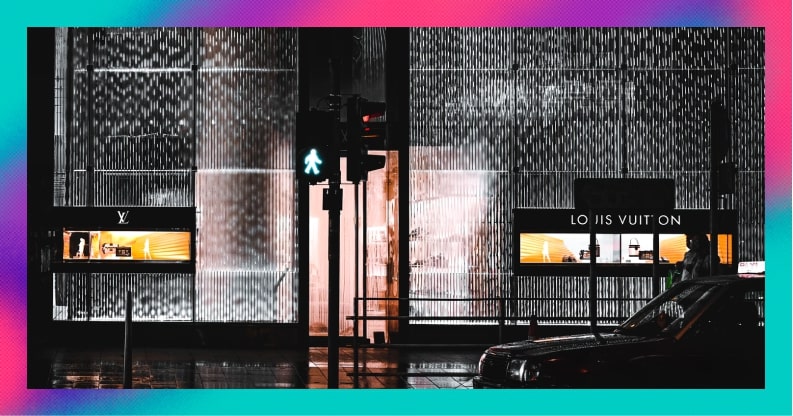 The market for fancy clothes and pricey watches has quadrupled in value over the past couple of decades.

One of the major growth stories over the past 25 years has been the explosion in personal luxury goods buying.

Back in 1996, spending on expensive handbags and fancy dresses reached a total of $92bn.

And even though the industry was hit hard by coronavirus, shrinking 23% compared to 2019, it looks set for a revival as we return to normality.

‘Luxury goods’ is a broad term. It could refer to anything from a private jet to a pricey bottle of whiskey.

But ‘personal luxury goods’ generally refers to things like clothes, jewellery and perfumes.

About two-thirds of revenue from the sector is split fairly evenly between clothing, beauty products and hard luxury, which mainly refers to jewellery and watches.

The biggest money makers in the personal luxury goods department, however, are accessories. These products, including bags, sunglasses and scarves, account for about a third of all spending in the industry.

The rise in luxury goods spending has naturally led to some hefty increases in the valuation of businesses operating in the sector.

Louis Vuitton owner LVMH, which made $65bn in 2019, has seen its share price quintuple over the past decade. London-listed Burberry has also done well, with its shares almost doubling in value during the past 10 years.

Not every firm has been a success story though. Ralph Lauren’s revenue has been falling since 2015 and its share price has dropped substantially as a result.

Distinguishing between winners and losers in any industry is tricky but there are a few factors at play here that investors will be looking at.

The overarching theme in the entire luxury goods sector over the past two decades has been the rise of China.

Consumer spending in the world’s most populous country has risen dramatically in the 21st century.

The reason for that is pretty simple — people have more money to spend.

Average disposable incomes in China have risen approximately five-fold in the past 20 years, leaving people with more money to blow on belts and watches.

And the wealthy have been doing just that. Chinese consumers are now thought to account for a third of global personal luxury goods sales — up from 19% in 2012.

This trend doesn’t look set to slow down either, with the consultancy group McKinsey predicting that the country will account for 40% of global sales by 2025.

Naturally this means that if you are doing well in China — and indeed the wider East Asia region — you are going to be tapping into serious growth opportunities.

This is not to say that China is the be all and end all.

Ralph Lauren has managed to expand its presence in the region and increased sales from less than $100m to over $1bn in the past decade.

But sales in its US business fell by more than that amount during the same period, effectively wiping out all of that growth. So even if China is vital for luxury brands, expanding there shouldn’t come at the expense of a company’s other profitable segments.

The coronavirus has accelerated a move to online shopping that was already happening prior to the pandemic.

Burberry provided a great example of this on Wednesday, revealing in a trading update that it had seen “triple digit” growth in ecommerce sales for China.

That would obviously be less impressive if the firm was starting from a low figure. But back in 2018, 40% of Burberry’s sales were on a mobile phone, so the fashion brand was hardly starting from nothing.

The personal luxury goods sector as a whole is predicted to see 30% of its sales come via online channels by 2025. It wouldn’t be surprising if this happens sooner than expected.

This doesn’t mean that retail stores are going to disappear. But stats like the ones Burberry have been producing will be viewed very positively by shareholders and prospective investors.

It doesn’t hurt to have a decent return on capital employed (ROCE) either, with Burberry’s regularly sitting at over 20% over the past few years.

One of the key benefits of building a good online offering is brand building. Even if someone doesn’t buy something online, they may find you on Instagram, like what you’re about and turn into an in-store customer.

The problem with brand building is that it’s one of those things that’s hard to quantify. As the famous quote goes, half of an advertising budget is a waste of money — you just don’t know which half it is.

But in the online world, things do become a little easier. For instance, Chanel, Louis Vuitton and Burberry all have tens of millions of followers across their social media channels.

Burberry’s recent campaign with Marcus Rashford, which was largely online due to lockdown, helped bring in new customers.

And it’s obvious from their online sales numbers that they’re helping other people convert into customers too.

Of course, branding is not just about building a digital platform — even if that’s a big part of it today.

Smart decision-making in the real world helps too.

For example, Burberry’s decision to stop discounting has boosted sales. That may seem counterintuitive but part of the reason people buy luxury goods is because they have a level of ‘class’ attached to them. If you’re discounting your products, it can kill that part of your brand.

At the same time, Ralph Lauren is thought to have performed poorly over the past few years because it has failed to tap into what consumers are looking for when it comes to more relaxed, athleisure style clothing.

Strange though it may seem, you can probably get a feel of whether a prospective investment in this sector is doing well on branding on something of a gut level.

A firm that makes appealing products, sells them in a smart way and engages its customers intelligently is often easy to spot.

The reverse is also true. Look at the failure of TopShop recently and think of the imagery that comes to mind when you think of that brand — scrappy, old and out of date. That may seem snarky but it’s how many people feel and probably goes some way to explaining the company’s troubles.

Before you go throwing your money into some big bucks brand, remember to take a proper look at its finances.

A company could do all of the things described above, but if it’s burning through loads of money in the process, then it may not be the right investment to make.

As we’ve already mentioned, Ralph Lauren was doing a great job at expanding in Asia. But it failed to keep abreast of developments in the US and saw big losses there as a result.

In short, you don’t want to just buy the narrative that luxury goods are going to keep selling and assume that every firm in the sector is going to succeed as a result.

You need to keep your eyes on what a firm’s finances look like and how well any investments it has made have paid off. The devil is in the detail, even if he is wearing Prada.

Let us know what you think about Burberry on the community forum: