Netflix has plummeted, should you buy its shares? 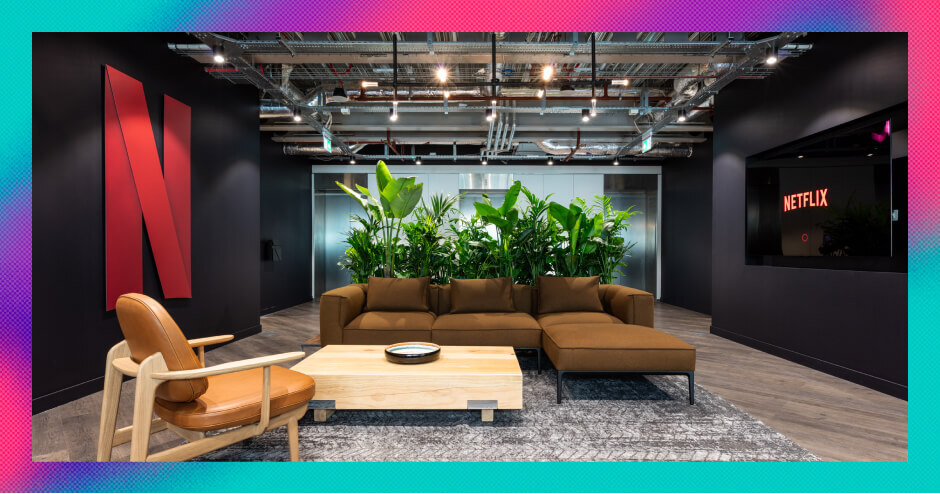 The streaming leader is quickly giving up market share, for now.

Netflix has reported an almighty drop in new subscribers for Q1 2021.

Just short of 4m people signed up for the streaming service between January and March, a far cry from the 6m projected.

The reduced figures have investors starting to wonder if the lockdown grip on at-home entertainment is on its way out or, at least, Netflix is losing its allure as market leader.

Shares in the firm dropped in after-hours trading on the news, wiping out all of April’s gains and taking $25bn off the outfit’s market cap at one stage.

There could be a few reasons for the fall in new Netflix subscribers.

First, the short-termism on show over the past year could be to blame for both investors and company execs losing sight of the bigger picture. Netflix added 36.6m subscribers in 2020, a company record, but for a big chunk of those new users it’s been more out of necessity than love for the proposition.

2020 could prove to be the inflection point for streaming services but that’s likely to mean overall user numbers come down slightly, albeit above where they were in 2019, as opposed to staying consistent at 2020’s elevated levels. After all, streaming services had little competition for our attention last year. This year they’ll hopefully have our real-world social lives to contend with.

Second, are there any new shows or movies that new users are genuinely desperate to watch? Covid-induced delays to production have hit the likes of Cineworld hard and Netflix hasn’t been immune to sets shutting down at various points last year.

The company did point to this lack of new shows in their Q1 update but said it expects the schedule to recover as filming resumes.

Netflix is backing itself to draw in viewers to its own-brand programmes and movies, a move which has the potential to keep more money in-house instead of licensing third-party shows.

And those plans will have to be pretty big.

Is the streaming tide turning?

Amazon is reportedly shelling out $465m for just the first season of its Lord of the Rings TV show. For reference, HBO spent around $100m per season on Game of Thrones.

If Netflix is to not just compete but continue dominating the marketplace it will not necessarily need to spend more, but more efficiently and on titles bound to bring in audiences.

The market leader is planning to release 70 new movies this year but own-brand originals might struggle to shift the dial meaningfully against iconic series and adaptations.

Disney Plus is gaining traction

And that brings in the third big hurdle for Netflix - the competition. Big studios and entertainment names were always going to join the party and the worry for Netflix is the firm just doesn’t have enough of a stranglehold on the sector to stop the big money players like Disney eating its lunch.

Disney+ managed to draw in over 100m subscribers by the end of Q1 2021. It took Netflix 10 years to generate that customer base, Disney did it in less than 18 months.

Of course, the pandemic will have boosted that growth, and Disney’s resources and back catalogue of hit movies will have helped a lot. But it’s a sign these firms shouldn’t expect customer loyalty - if we deem there’s better value or a better product offering elsewhere we’ll go for it.

Disney is planning to reach 300m to 350m subscribers by 2024 across all of its streaming platforms, far outstripping the roughly 204m already using Netflix.

But it’s not just the firms with deep pockets niggling at the market leader.

New entrants like HBO Max and NBCU’s Peacock are stepping up to the plate. In particular, HBO’s total market share jumped from 3% to 12% in 2021 and is now slightly ahead of Disney+.

Netflix has its hands full, especially if viewers are happy to put up with ads to watch shows on the likes of Peacock.

The crux of the media attention has been on subscriber numbers but, turning to financials, there’s a happier tale.

Netflix beat Wall Street’s expectations on revenue and earnings. Its revenue rose 24% in the first quarter to $7.2bn, compared with a year earlier and net income hit $1.7bn, compared with $709m last year.

An exceptional year all round but what those figures mean is the firm now has a much bigger purse to put to use in 2021.

It looks like it will have to spend more to keep pace with the competition but the real test will be making sure every penny spent has the potential to make a return of its own.

Vanity projects or speculative ventures into fringe businesses won’t be tolerated by investors who can clearly see the need to reaffirm the company’s position as market leader.

Management has predicted an underwhelming additional 1m new subscribers in Q2, which might take precedence in investors’ minds over earnings forecasts, but there is still the issue of the firm’s valuation.

A PE ratio heading towards the 100x starts to look even loftier considering the ramping up of competition in the space. We only have so many eyeballs and, as we get out into the real world again, our desire for a mountain of subscription fees could wane pretty quickly.

If Netflix goes some way to justifying that valuation with post-pandemic stability in earnings and subscriptions investors might just feel a bit more comfortable sticking around.