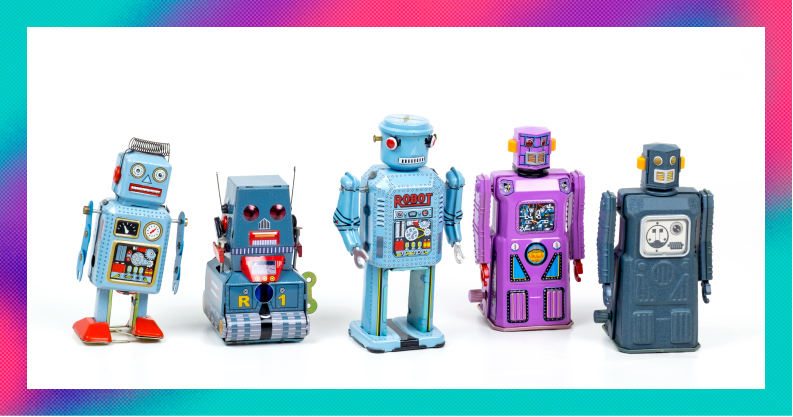 Is the grocer the next big tech firm on the shelves?

After a flurry of earnings upgrades, investors will have been eager to see if Ocado ended up navigating 2020 better than its supermarket pals.

So topping the £70m expectations with full year earnings of £73.1m will be welcome news, especially when that guidance began life at £40m in September.

On its own, a 68.8% uplift on 2019 earnings would be a remarkable feat but there’s more to Ocado than that. And this is where it’s making more and more sense for investors to divide the business in two.

As the firm grows, the ‘supermarket’ label is starting to look odd. In reality, Ocado is a tech giant masquerading as a grocer.

The more the company’s fulfilment centre robotics take centre stage over what’s on its digital shelves, the more investors will need to recognise the tech arm’s importance to the whole operation.

So let’s look at how these two divisions have been faring on their own.

Ocado’s retail division split from long-time partner Waitrose and teamed up with M&S in September.

The stalwart British retailer was miles behind in its own distribution capabilities so Ocado gave it the fulfilment and delivery facilities it so drastically needed.

And it looks like customers have bought into the Percy Pig tie-up. As of the end of November, the top selling product lines on Ocado’s virtual shelves now come from everyday essentials in the M&S fresh range.

35% retail revenue growth overall is a sign of the times, and demonstrates the importance of having this string to the brand’s bow amid 2020’s lockdowns.

In terms of the wider grocery market, Ocado is still the smallest competitor in the sector, with a 1.7% share. That sits behind the likes of Iceland’s 2.5%, Aldi’s 7.4% and leader Tesco’s 27.3% according to Kantar.

But Ocado is managing that with no physical stores of its own.

The division is still a major part of the draw for investors and will need to continue to hold up its side of the bargain while its tech sibling ramps up.

The company’s tech arm is less about end customers and more about servicing supermarkets when they go shopping themselves.

And what the group intends to sell far and wide are its fulfilment capabilities. For years supermarkets let this side of their businesses stagnate to the extent that, even if they made plans to innovate now, they’d find it hard to ever catch up with Ocado in a cost-efficient way.

if you haven’t seen them in action, take a look. The South East London depot was handling 130,000 deliveries per week towards the end of last year.

Importantly, today’s results show the first signs of ‘capacity-related fees’ coming in from the opening of the firm’s robot-fuelled fulfilment centres installed for France’s Groupe Casino and Canadian retailer Sobeys.

But losses from the overall International Solutions segment rose by over 51% to more than £83m. That dragged group losses before tax right down to £44m.

If there’s one area of the business investors are pinning their hopes on it’s this one. And it’s clear Ocado feels the same way. After a recent cash raise, the firm has earmarked £700m to invest in its growth.

No-one’s expecting it to become an overnight profit centre but the expectation will be that its progress is incremental and shows a trajectory towards profits sooner rather than later.

Ocado needs to deliver, investors need to be patient

The message was clear on the immediate outlook for July this morning, “International Solutions EBITDA [earnings before interest, tax, depreciation, and amortization] is expected to be lower, reflecting greater investment in building the business, more than offsetting the increase in revenue.”

Reading between the lines, this evolution will take time so patience better be on investors’ shopping lists.

But that narrative has a best-before date just like everything else in its futuristic fulfilment centres. Sooner or later investors will want to see clear signs that capital allocation is efficient and that the return on that capital is actually boosting growth.

In that sense, Ocado could be the first real litmus test for UK investors wanting to invest in innovative tech on this side of the Atlantic.

The FAANGs might make it look like the sector is all about instant adoption and domination from day one but that risks missing the many years when profits were a distant pipedream.

It took Facebook five years to become profitable, it was a decade for Amazon and for Uber the search continues.

UK investors might be an altogether more conservative bunch than their US peers but that might actually keep Ocado’s valuation in check.

Racing to enormous valuations has been a hallmark of US tech, and in that regard, maybe a bit of caution and holding the firm to account is what’s needed.

There might be pent-up savings ready to find their way into luxury purchases among UK consumers but for Ocado, showing investors it has the fiscal discipline to follow through on its core plans is the most important thing now.