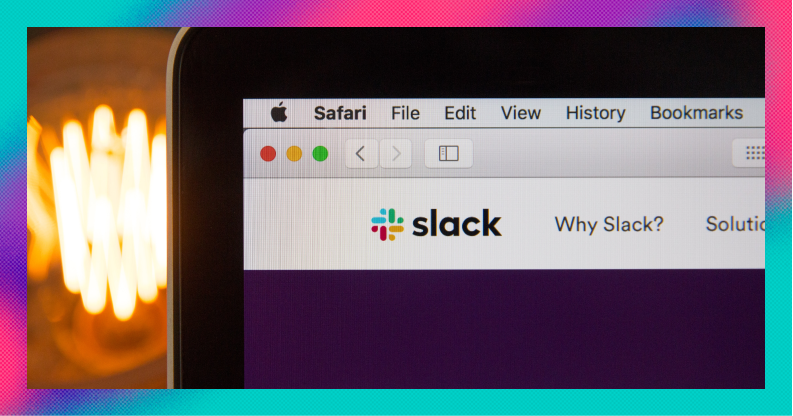 Looking at things from a superficial level, Salesforce’s $27.7bn acquisition of Slack seems like a great idea.

The pandemic has accelerated usage of the messaging software and it seems likely that more people will be adopting that form of technology, whether Slack provides it or not, in the future.

At the same time, Salesforce shares have soared in value over the past 12 months. Slacks’, on the other hand, have remained in the doldrums. That will have made an acquisition comparatively easier to justify than it would have been a year ago.

Whether or not the company admits it, there’s a good chance the executives over at Salesforce felt this was a ‘do or die’ moment.

Along with Microsoft Teams, the technology that Slack has built looks likely to be the future of corporate communications. It may seem over the top to suggest that it will replace email but then look at Whatsapp, which has become more popular than sending SMS texts in many parts of the world.

And ultimately there are generally only one or two winners when it comes to being a big player in an industry like this. Think of WhatsApp in the UK or WeChat in China. Yes, there are other messaging apps in both markets but those two are by far the most popular in each country.

Salesforce will obviously have to fight with Microsoft to gain supremacy in the world of corporate collaboration but it will, at the least, have a shot at doing so. And had it waited much longer then it may have found Slack, like its listed technology counterparts, having a high share price that made an acquisition prohibitively expensive.

Of course, Salesforce is not just buying Slack because it's a nifty piece of software.

The fact that the messaging company has failed to turn a profit shows that increasing popularity doesn’t necessarily translate into big bucks. So why the $27.7bn valuation?

Essentially, Slack will be like a sales funnel for other Salesforce products. Alongside its existing customer relations software, the tech firm has spent billions on acquisitions over the past decade, the most recent one being the $15.7bn purchase of data visualization company Tableau.

These are almost guaranteed to be baked into Slack’s offering moving forward. As it stands, the messaging service has lots of integrations, as well as a freemium model with tiered pricing. It wouldn’t be too surprising if something akin to the freemium model remains but then the ability to add-in Salesforce tech is ramped up massively.

To turn again to the world of instant messaging, it may be the case that Slack ends up looking a bit like WeChat. You can use the app just to send messages but you can also order taxis, contact businesses or even get a date.

Now I’m not saying you’ll be able to use Slack like Tinder. But the chances are it will end up being the business equivalent of a ‘super-app’ — the kind of thing that is already popular in much of Asia and which Facebook is looking to build by integrating Instagram, Facebook and WhatsApp.

Tech nerds may have read this far and thought, ‘yea, I know all of this, but what about the investment case?’ To them I say, fear not, I’m about to explain everything. Or try to anyway.

Investors generally look for two things when they invest — income or growth. The latter generally comes from reinvesting profits back into the business, aiming to scale projects, build out functions and gain a wider reach. The former is simply a function of a company making more money and coaxing investors to stick around for the long haul.

The purchase of Slack, along with its other acquisitions over the past five years, means Salesforce is very much in growth mode. In fact, CEO Marc Benioff has said he wants to double revenue to $50bn in the years ahead.

That may seem like an ambitious plan but the company has managed to average 24% annual revenue growth over the past five years. Our more mathematically minded readers will see this equates to a more than doubling of revenue during that time.

But there will be a problem with Slack-driven growth, a problem that can be summed up in one word — Microsoft.

Like Salesforce, the firm that Bill Gates founded back in 1975 has been busy buying up firms to boost its data analytics and cloud offering. It’s also got its own version of Slack — Teams.

The great thing about Teams, at least from Microsoft’s perspective, is that it can be sold as part of the Office 365 package. So if a company wants to use it, then there’s a good chance all they’ll have to do is switch it on.

That’s pretty much exactly what has happened over the past couple of years. Despite launching 3 years after Slack, Teams has several million more users.

And many of those customers are the big corporates that every tech firm wants to be selling their products to. By contrast, Slack is used more by small businesses and start-ups, something that may make for cool branding, but often doesn’t contribute much to your balance sheet.

This is not to mention the fact that both Microsoft and Salesforce will be trying to hock their other services through their respective messaging applications. Many of these, such as customer relations tools and data analysis tech, are also direct competitors.

And therein lies the question for any prospective investors looking to take advantage of the Slack acquisition. You have to ask yourself whether you think Salesforce will be able to beat Microsoft or if it will be able to achieve growth, while coexisting with its larger competitor.

Alternatively, you can sit on the sidelines and watch the war of the corporate messaging apps begin.