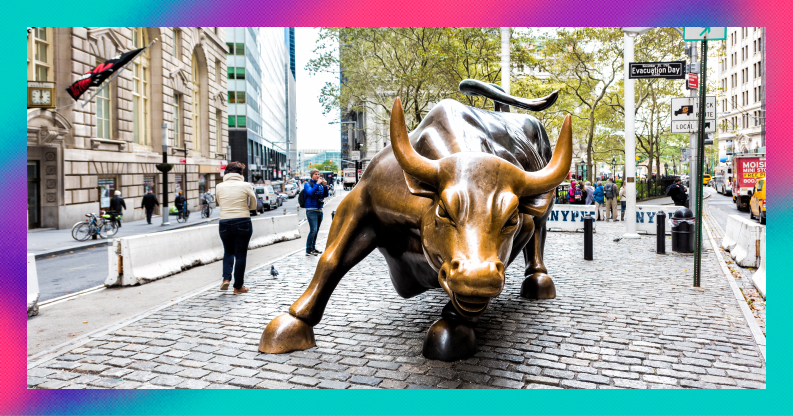 So far in 2021, US companies and their executives have managed to raise $171bn via initial public offerings (IPOs), direct listings, and SPACs.

That’s a lot of money. In fact, if the World Bank is to be trusted, it’s greater than the entire gross domestic product of Kazakhstan.

Clearly people are in the mood to buy stocks and shares. That’s probably partly due to external factors. Interest rates are now so low that it seems like the only route to seeing a return on capital is the stock market.

But it’s also normal to see ebbs and flows in enthusiasm for stocks over time. Just looking back a couple of decades to the Dot Com boom and crash brings up many similarities with today.

Sky high valuations and wild predictions about revolutionary technology were the name of the game then, something we’ve seen a lot of in the past 18 months as well.

These bursts of market enthusiasm are generally bad for us as investors, or at least make our lives much harder.

Ultimately you buy shares in a business holding an IPO in the hope they’ll grow in value or continue to provide a stable return to you via dividends. You could even get both.

But when so much money is piling into the market, it can push up valuations to the point that even attractive companies look too pricey to be worth paying for.

It also leads to a situation in which the incentives for buyers and sellers become even more skewed than they usually are.

A company going public wants to achieve as high a valuation as possible, so that it can raise the maximum amount of money by selling the minimum volume of stock.

The same is also true of the investment banks that underwrite and facilitate the process.

As we saw last week with the record sales numbers from the likes of JPMorgan and Goldman Sachs, IPOs can make for big business. And those investment banks make more money from large listings than they do from small ones.

None of this is good for the investor who wants to buy shares in a company at an affordable price.

Even though those buyer-seller tensions are always at play, when the market is hot then companies start to sell their shares at sky high prices, which makes them a much riskier buy.

This is not to mention the fact that when people are happy to splash the cash then you can end up with rubbish companies coming to market. One car company, which faked a video of its truck ‘driving’ by pushing it down a hill, comes to mind here.

The early bird doesn’t get the worm

Of course, investors are not merely innocent bystanders to this process. If they’re being fleeced it’s because they’re all too often willing to pay these high prices.

Probably the biggest reason for this is the idea that an IPO or direct listing is a chance to get into a company early on and so take advantage of future growth.

There are a couple of problems with this. First of all, much of the time in a bull market these are highly speculative ventures which haven’t proved themselves yet. You may think you’re getting the next Amazon but it could simply prove to be a dud.

And even if a business has proven itself, it may be so highly priced at its initial listing that it removes the benefits of future growth.

To give an example of these risks, imagine buying £1,000-worth of shares in each of the following four companies, chosen at random, when they first debuted on the stock market this year.

The return on £1,000 invested in Coinbase, Bumble, Affirm, and Roblox at their initial trading prices.

As you can see, buying into these companies, which are all big names, would have yielded appalling results.

The 21% total decline is even slightly misleading because it would now take a 26% cumulative gain for them to return to a level at which the investor can merely break even.

Of course it’s still early days and the three loss-making companies could bounce back. But even now their shares are trading at seriously high multiples.

For instance, Roblox, which has been loss-making for the past few years, is now valued at close to 100x its estimated future profits. For Bumble the figure is close to 60.

These are high numbers and they’re also estimates, meaning the true numbers could end up being higher than they’re expected to be.

Fans of fund manager Terry Smith may respond to this by saying these multiples don’t mean anything — they’re simply the price you pay for good businesses.

This is a point Smith has made repeatedly since launching his famous Fundsmith Equity fund just over a decade ago.

It’s obviously a reasonable one to make. A high price-to-earnings ratio, which compares a firm’s share price to its profits, doesn’t mean a company is bad.

But Smith’s driving philosophy is also to buy good companies and not overpay for them.

Many of the IPOs we’ve seen this year have been from businesses that have never turned a profit. That’s not to say they won’t one day but it’s hard to imagine them matching Smith’s idea of a ‘good company’.

And that points to a better way of approaching IPOs — treat them like any other business. If a company is showing a good track record of profitability, with any of the strong financials that can come with that, then you may want to buy on its listing day.

But if that company is demanding a huge sum for its shares, despite those positives, or if it’s never made a profit but still wants a gargantuan valuation, then it may be better to sit by the sidelines. Doing otherwise may mean you end up with a portfolio looking like our hypothetical investor’s.

Starbucks: Schultz to the rescue... again?