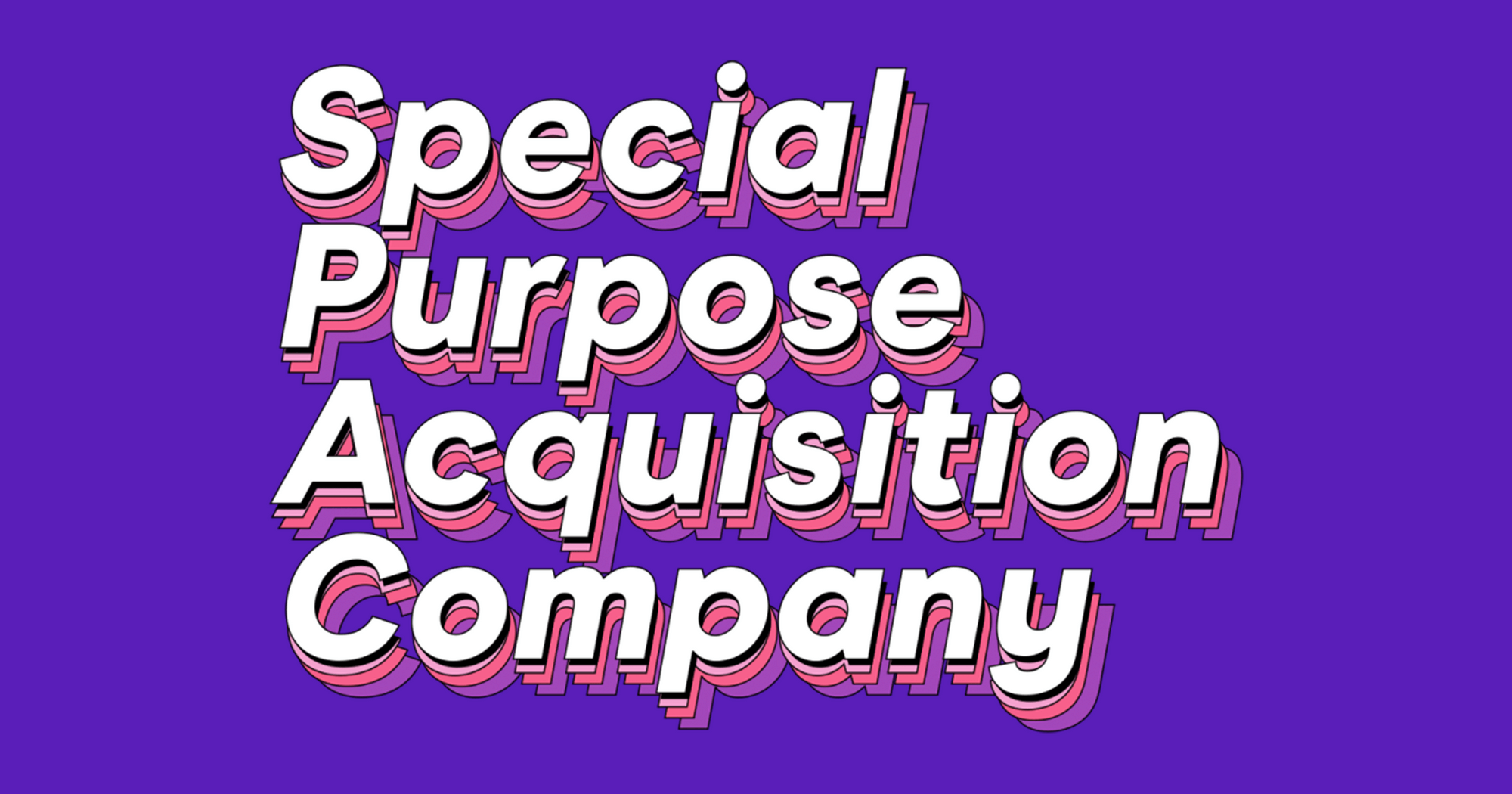 Virgin Galactic made headlines around the world last year when it went public on the New York Stock Exchange.

For much of the press, this was another chance to gawp at Richard Branson as he walked around in an Under Armour spacesuit.

For Freetraders, who have made Virgin Galactic the sixth most popular US stock on the app in the past couple of months, it was another opportunity to invest.

But finance geeks were interested in the listing for a different reason.

Instead, it received $800 million from a special purpose acquisition company (‘SPAC’ for short) and then merged with this ‘shell company’ so that its shares could be traded.

This isn’t remarkable in itself, but SPACs have skyrocketed (excuse the pun…) in popularity over the past couple of years.

SPACs are companies that are set up with the goal of raising money via an IPO and then using that cash to acquire another business.

Since they only exist to do a deal or deals, SPACs are also referred to as ‘blank cheque companies’.

In general, a SPAC is set up by a management team that has good knowledge of a specific industry. They’ll use that expertise to make a decision as to where they should invest once they have raised funds via an IPO.

Typically, when a SPAC IPOs, it issues ‘units’ for $10.00 each. These units normally contain a common stock element and an out-of-the money warrant that gives the holder the right to buy more shares in the future. After IPO, the shares and warrants are traded separately.

Some big names in investing have launched SPACs over the last few years.

These include activist investors Bill Ackman and Dan Loeb, and lesser-known investment bankers, such as Michael Klein, who’s rallied former execs from Apple, Goldman Sachs, and Ford to head up his company.

Once they have raised funds, SPAC executives have a set period of time — generally two years — in which they must acquire another business.

If they have not acquired a company at the end of that time frame then they must return the funds they have raised to their shareholders.

The process by which a SPAC invests and then merges with another business is known as ‘de-SPACing’ or a ‘de-SPAC transaction’.

While this process should be straightforward, difficulties can arise. Take hedge fund manager, Dan Loeb’s Far Point as an example. It offered $1.9 billion for duty-free shopping payments firm Global Blue in January of this year before global air travel was grounded. Far Point’s management team is now encouraging investors to vote against this deal, however, it may be too little too late.

If all goes to plan, once a de-SPAC transaction has been completed, it’s common for the SPAC to change its name.

For example, the SPAC that invested in Virgin Galactic was called Social Capital Hedosophia. Once it completed that acquisition, it changed its name to Virgin Galactic Holdings.

What’s the point in SPACs?

SPACs have been around since the late 1980s, so there’s been a long debate about the structure and its benefits.

For finance professionals with an established track-record, a SPAC can be a relatively straightforward way to raise significant capital without relying on the tiresome processes of private market fundraising.

SPACs are also exchange-traded which makes it easier to sell shares in them - it’s generally more difficult and expensive to sell a stake in a private equity fund.

For a company being acquired by a SPAC, there are also a couple of positives.

A firm that wants to go the normal route to IPO will have to go through a series of long, expensive, regulatory processes. At the end of exhaustive meetings with investors, there is still no guarantee on the amount of money the company will receive.

Merging with a SPAC essentially lets a company leapfrog this process; a company gets certainty when the deal is signed that they will receive $X cash in exchange for a Y% stake in their business. And that business will be publicly traded after it’s all done!

There are currently four SPAC shares on Freetrade.

Two of these were launched by Social Capital — the firm that invested in Virgin Galactic.

Both plan on acquiring tech businesses, with one focused on the US and the other looking to invest outside of the US.

Next is Spartan Energy. This SPAC has already confirmed plans to merge with Fisker, an electric carmaker.

The other SPAC on Freetrade is Tortoise Acquisition.

This firm is in the process of completing a de-SPAC transaction as it plans on merging with Hyliion, a firm that makes batteries and trucks which run on renewable energy.

If you are considering investing in a SPAC then remember that they do carry certain risks with them.

Unless the de-SPAC transaction is in progress, you don’t know what business is going to be invested in or the commensurate risk that this business will carry.

You also don’t know if the SPAC will be successful in completing an investment within the time period.

Deal making tends to follow the economic cycle - for example, during the financial crisis in the late 2000s, SPACs found it difficult to find deals and investors’ appetite fell away, leading several SPACs to liquidate.

This relationship with deal-making means SPAC share prices can be particularly volatile.

Freetrade is on a mission to get everyone investing. Whether you’re just starting out or an experienced investor, you can buy and sell hundreds of REITs and SPACs commission-free through our investment app. You’ll also be able to invest in freshly launched IPOs.

Everything you need to know about investing in emerging markets

What is commission-free trading?

What is a pension and how do pensions work?