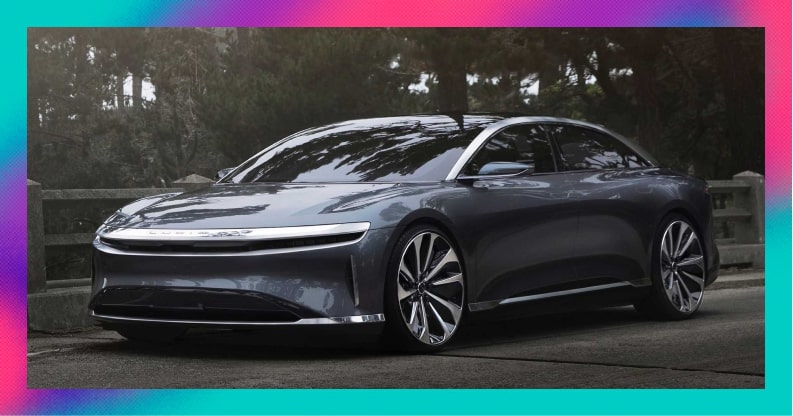 Manic predictions bid up CCIV’s stock too high for some shareholders’ liking.

“Hello, I’d like some money,” said the SPAC manager.

“Sure, no problem,” said the investor, handing over the cash. “Wait! What are you going to do with it? I forgot to ask.”

“Oh, I don’t know,” mused the SPAC manager. “I reckon we’ll just look around for a company, I have no idea what sector it will be in or what it will do. But we’ll find one and then acquire it.”

If this all sounds like a parody, well, that’s because it is. But the crazy thing is it’s really not that far from reality.

We are in the midst of SPAC madness. A SPAC - or special-purpose acquisition company - is a company that holds an IPO to raise money. It then uses the money it has raised to acquire another business and take it on to the public markets.

And it seems like everyone is getting in on the act. Shaquille O’Neal has set up a SPAC. Baseball player Alex Rodriguez has one too. Even ex-Speaker of the House Paul Ryan is joining the craze.

‍What is a SPAC?

Some SPACs specify what type of business they’re going to invest in. Others don’t. Paul Ryan’s SPAC, Executive Network Partnering (ENP), describes its goal as follows;

“[ENP] was established for the purpose of identifying a company to partner with in order to effectuate a merger, share exchange, asset acquisition, share purchase, reorganization or similar partnering transaction with one or more businesses.”

Or in other words, Paul Ryan’s SPAC raised $300m to buy a company.

The risks with investing in such an endeavour should be self-evident. You have no idea what company a SPAC is going to acquire, so you are just hoping that the people managing it are going to make a deal that’s to your liking.

Obviously this is more likely to be the case if the SPAC managers say what type of business they’re interested in acquiring beforehand — a renewable energy company, for instance. But even here there are no guarantees.

The damage that a ‘bad’ deal can do to SPAC shares was illustrated on Tuesday, after the Churchill Capital IV SPAC (CCIV) said it would be merging with Lucid Motors, an electric carmaker.

Shares in CCIV promptly fell off a cliff and lost close to 40% of their value by the end of the day’s trading.

To understand why that happened, you have to think a bit about why SPACs are so alluring for some investors.

With a regular share listing, you cannot buy shares in the company until after the IPO is complete. Big investors buy the shares from the company via the IPO and only when they start selling them on the secondary markets can you and I can trade in them.

This process creates one of the investment industry’s pet peeves — the IPO ‘pop’. The IPO participants might only pay £5 for a share but they can take them to the secondary market, on the same day, and sell them for £10 a piece. A 100% profit isn’t too shabby for a day’s work.

SPACs can prevent this because they let you buy shares before the equivalent of an IPO takes place. That’s part of the reason why CCIV shares had shot up to almost $60 prior to Tuesday.

People had an inkling that a deal with Lucid was going to take place, so they wanted to buy in before it did. That way, if the deal was good, they’d be able to see their shares ‘pop’ when the acquisition was announced.

But the deal, at least according to some shareholders, meant that CCIV shares were not worth the $57 they were trading at. Hence the sell off and subsequent price crash.

The funny thing is, the deal wasn’t so terrible. CCIV paid Lucid $10 per share, valuing the carmaker at 5.3x earnings.

The problem was that CCIV shares had been bid up so much in anticipation of the deal that the $57 at which they were trading would have put a value of 30x earnings on Lucid.

None of this is to say that you shouldn’t invest in SPACs or that they’re inherently bad.

But the current SPAC madness might put you slightly ill at ease.

What we’re seeing seems to be lots of speculation, with investors just wanting to take advantage of a potential IPO ‘pop’ or buy in and sell out before an acquisition has even taken place.

Yes, you could make some money doing that but, as CCIV shows, you could lose a lot too. And that’s not to mention Nikola.

The solution here is to do some research. Look at the SPAC’s goals and who is managing it. More importantly, do the people running it have a good history of dealmaking or are they, like Paul Ryan or Shaquille O’Neal, probably just on the board for the publicity?

Even doing this is not going to mitigate all of the risk involved in SPAC investing. Ultimately you’re always going to be dealing with the known unknown of the acquisition deal.

Let us know your thoughts on the Churchill-Lucid merger on the community forum: