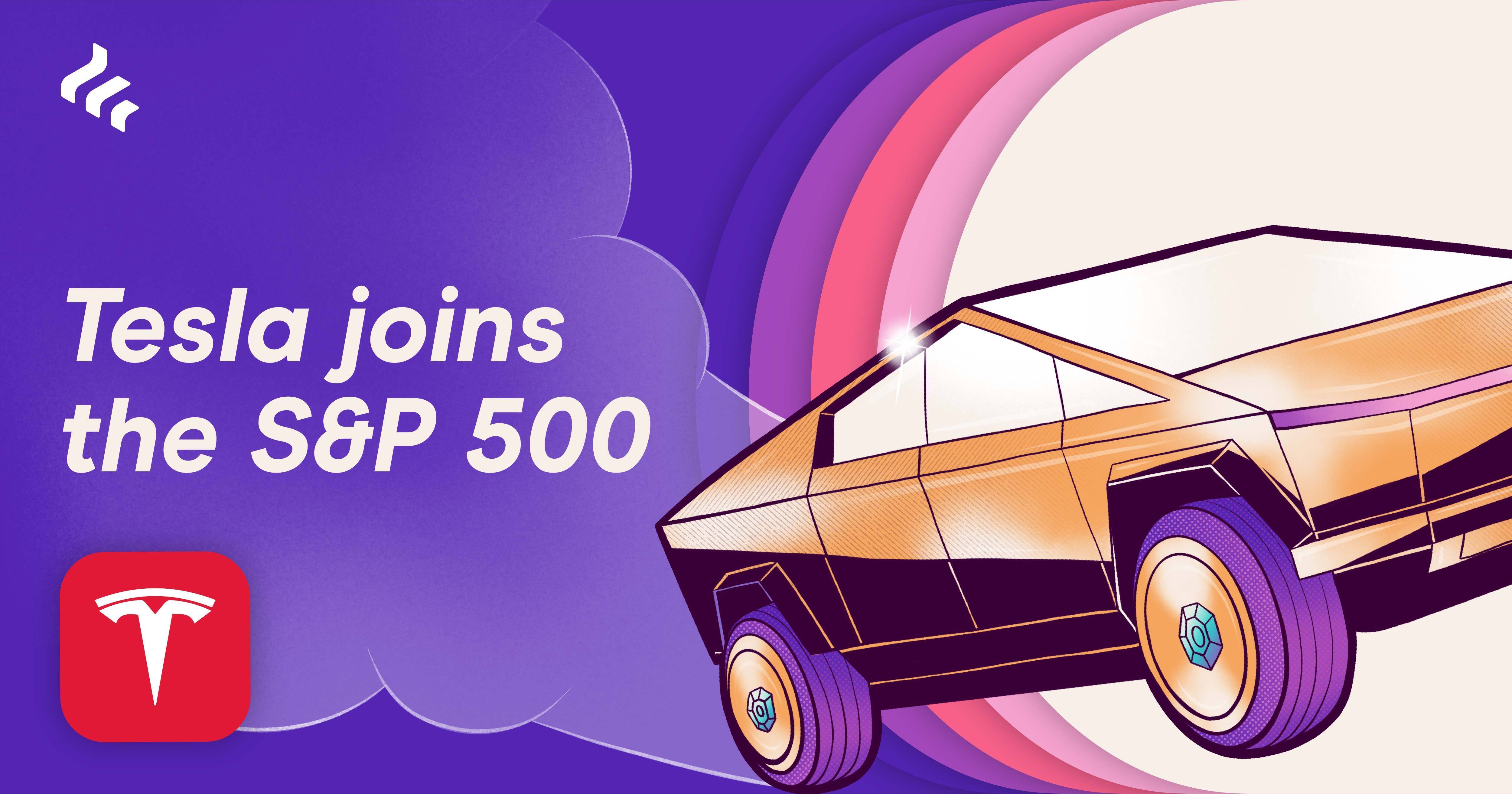 Win, lose or draw on its first day among a crowd of new S&P peers, Tesla’s loyal investors are looking beyond the here and now.

Not least because they’ve been geared up for today’s admission since September. The firm didn’t make the cut initially (inclusion is at the discretion of the index’s committee).

It’s quite a feat for any firm to join the $30tn index.

But it is unprecedented for a company to join with a valuation upwards of $600bn.

It begs the question: is the market cap a reflection of hysteria in a tech-mad year or a case of extrapolating the firm’s trajectory into an increasingly tech-led world?

This is where it pays to rethink how we look at the company.

What business is Tesla actually in?

In the first instance comparing Tesla to other auto manufacturers, electric or not, makes sense.

But in this regard, the fundamentals are quite hard to justify.

Industry stalwart Toyota expects to shift around 7.5m vehicles in the year to April. Tesla has aimed to produce 500,000 electric cars in 2020.

Yet Tesla’s valuation is greater than all seven Japanese carmakers combined.

As investors, the dislocation looks odd enough to make us think we must be missing something.

What if we viewed the company, as many supporters do, not as an electric vehicle company, but as a tech firm who happens to make cars for now?

Suddenly the opportunity set grows and its focus on completely changing the way we treat and use energy starts to take centre stage.

This is where the second part of an iconic valuation framework helps.

After looking at the present value of the sum of all the company’s projects, we need to factor in the initiatives the company might launch in future.

It might seem simplistic but too many investors are backward-looking, because those numbers are in the bag, and too few look ahead, because it’s difficult.

Eagle-eyed investors might recognise this as the basis for US academic pair Miller & Modigliani’s approach to value investing.

60 years on from publishing their thoughts, it’s amazing how reticent we are to even start thinking ahead.

But, in the minds of Tesla fans, this is exactly why the firm’s value extends beyond the 2020 tech hype, beyond the cybertruck, and even beyond electric vehicles.

Ostensibly, the firm is trying to work towards providing a lasting and consistent alternative to fossil fuels.

All this year’s growth demonstrates, for Tesla investors, is that this future could come sharply into focus much quicker than we all anticipated.

This is why Tesla holds the strange ‘Schrödinger’s stock’ position of at once being completely undeserving of its valuation and yet fully justifying it at the same time.

It just depends who you ask and if they say Tesla is a car company or not.

One thing a lot of investors can’t get past though, is not predicting what the company will do in future, but the unpredictability of what Musk will do.

Calling analysts ‘boneheads’ on earnings calls and chastising them for wanting to know vehicle numbers could come across as forthright or just rude, depending on your side of the fence.

And maybe a revolution of this scale needs someone that unforgiving, but that type of a leader is likely to mean controversy will be a part of the journey too.

This is what happens when an enigmatic leader becomes indistinguishable from the brand they represent.

Musk’s own effect on Tesla shares has been well-documented by now, from suggesting he was ready to take the firm private, to commenting too far on rescue efforts in Thai caves.

Warren Buffett’s advice is to invest in a business that could be run by an idiot because sooner or later it will be.

It’s hard to see how an idiot could ever run Tesla, or enact a vision just as boldly as Musk, but his erratic nature shows this is just as much a positive as it is a concern.

This means he has probably just become the most divisive leader in the new index.

Tell us what you think of Tesla on the community forum: