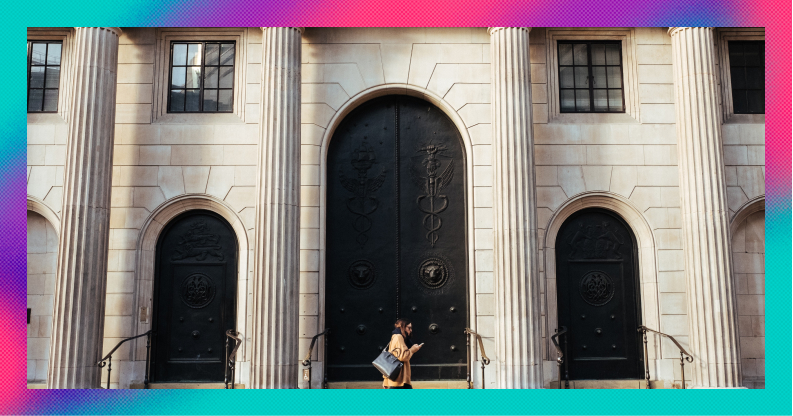 Low interest rates and a wrecked economy will hurt banks but they should be able to handle it.

Nationwide released its financial results for the past six months on Friday morning.

Having reported a 44% decline in profit last time around, you could have been forgiven for thinking that the bank was going to get shellacked by the pandemic.

It didn’t. Revenue at the group wasn’t far off the equivalent half-year period in 2019 and pre-tax profit actually rose by £50m.

But those topline numbers could be hiding some bigger problems ahead.

That’s because the bank also more than doubled the amount of money it has set aside in case its loanees fail to pay back what they owe.

Nationwide is not alone here. Earlier in the year, Lloyds had to set aside £3.8 billion in bad loans provisions. Barclays and HSBC behaved similarly.

The positive way to look at this is that the banks are preparing properly for some of the risks that lie ahead.

But it’s hardly going to be a great thing if those banks do end up having to dig deep into their provisional funds. That’s true for both their shareholders and the wider economy.

Part of the reason that the banks haven’t had to dip into those funds yet is because the government has been busy machine gunning money into the economy.

Furlough payments, job support schemes and eat out to help out are just some of the ways that the treasury has managed to push public debt over £2 trillion for the first time in history.

All of these things have arguably kept people in jobs that wouldn’t otherwise exist or have simply been a way of keeping people’s incomes at a steady level, when they might otherwise be out of work.

And as much as the Children of the Lie might want this to go on eternally, there is going to come a time when we have to return to normality.

If the economy is able to recover quickly, it may be the case that people are back in work and able to keep paying off their credit card bills and mortgages.

But if that doesn’t happen then banks will start losing money.

The other problem banks are going to have to deal with is ultra-low interest rates.

Central banks had already cut these down after the financial crisis in 2008. Now they’re barely above 0%.

Ultimately banks, and particularly building societies like Nationwide, make a big chunk of their earnings through lending.

If they have to do this at ultra low rates then it hinders their ability to make money -— something that Barclays CEO Jes Staley made clear last month.

Of course, you can — theoretically — end up making a larger number of loans if money is cheaper to borrow.

And the signs here are actually quite positive. Spurred on by the holiday on stamp duty, house prices in the UK have actually risen this year, with people still looking to buy during the pandemic.

Again, whether this will continue next year once government largesse starts to dry up is hard to predict.

None of this is to say that the banks are facing some sort of large-scale crisis, just that things could be a bit tougher for them in the years ahead.

If anything, the pandemic has shown that some of the restrictions put in place on banks after the last financial crisis have been effective.

Capital requirements mean that banks look as though they’ll be able to cover their prospective losses.

That isn’t going to thrill their shareholders but, if it caused a huge amount of resentment last time around, the idea of bailing out the banks in the midst of our current crisis would be unpalatable to almost anyone.

So even if it may be a bit longer before they’re back paying dividends again, it does seem like banks are going to be able to weather the financial crisis that might be lying ahead of us.

Five most popular SIPP stocks on Freetrade in August