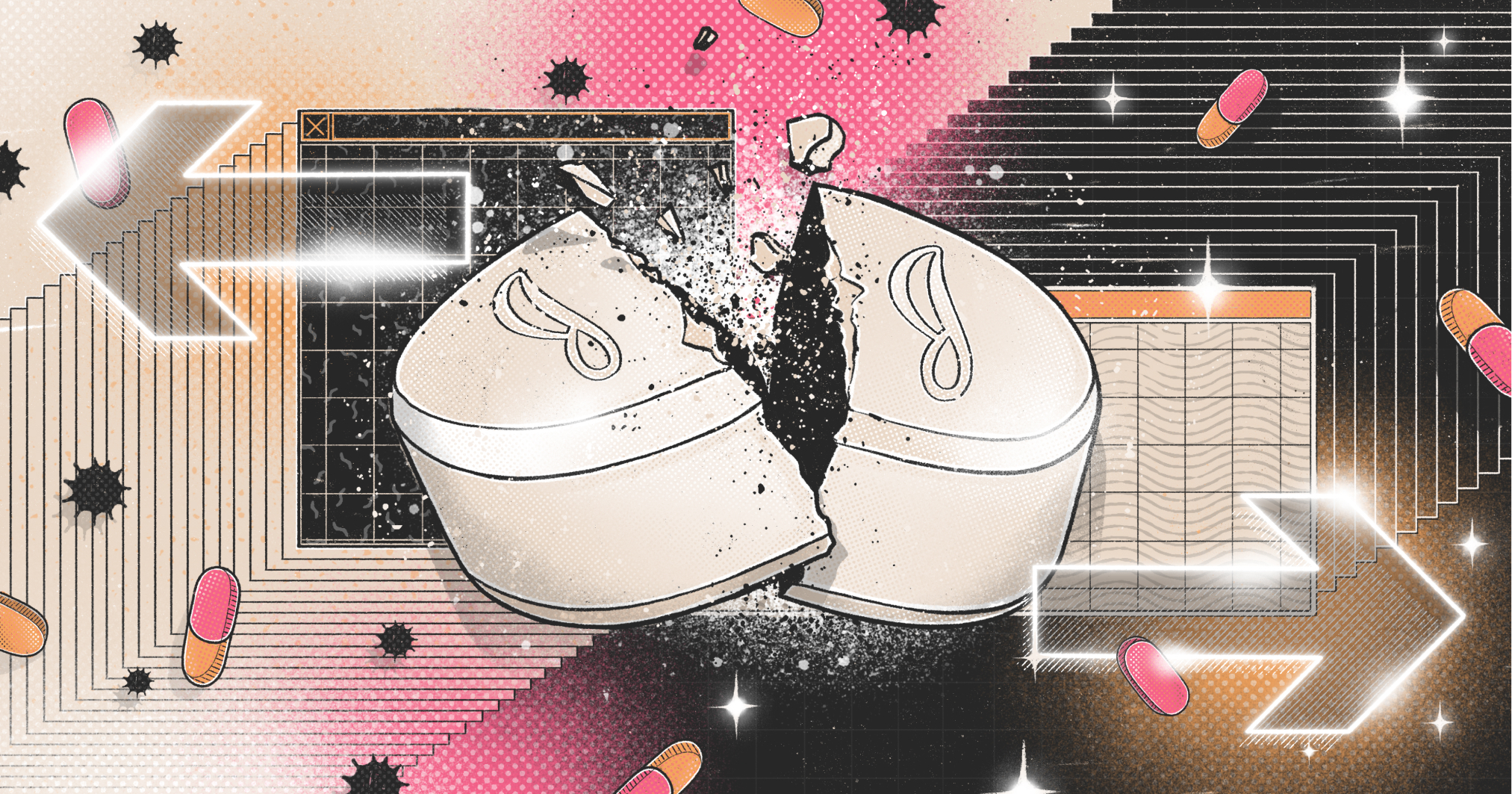 Why conglomerates are breaking up and opting for the single life instead.

Over the past few weeks, some of the world’s biggest conglomerates have ‘consciously uncoupled’. General Electric, Johnson & Johnson, Toshiba - all of whom seemed perfectly content with their various divisions since the late 1800s.

These were the types of relationships supposed to last.

It wasn’t just investors watching on in dismay. The high profile breakups were enough to call into question the very foundations of other multinationals too.

It’s easy to perceive this as a domino effect, like some sort of divorce contagion. There has to be some explanation for firms with massive stage presence calling it quits. With all that star power, couldn’t they have swept those internal differences under the rug and just made it work?

None of these divorcéed firms were in dire peril of going under. Rather, they came to the realisation they could be happier (or, at least, more profitable) apart instead of combined.

Diversification can be great, but it can also make things very complicated.

General Electric proves it. 2020 revenue was hammered from its commercial aviation segment being blighted by the pandemic. Demand for its planes plummeted by 65% and aviation revenue tumbled 33% to $22bn. Still a big number, but a big enough hit to widen its aviation-related loss a brutal 82%.

The sum ≠ greater than the parts

At the same time, GE’s renewable energy division was gaining some momentum. Wind, hydro and solar revenues grew by (an albeit, slight) 2.1% to $18bn. Still, it was enough to partially offset the aerospace segment’s punch to the gut.

That might lead you to believe GE’s appendages protected one another. This is partly true, and all well and good for some internal risk management. But how about for investors?

One of GE’s branches is the most carbon-emitting in the world, while the other purports to power our world in the least carbon-intensive manner possible.

In a sense, each business stream is hedging its bets on the other.

Though as an investor, maybe you’d like to make those risk-related decisions for yourself.

Perhaps you’d prefer to invest as ‘green’ as you can, plugging your cash into offshore wind as opposed to jet fuel. Or maybe you aren’t all too chummy with the ESG crowd, and see GE’s airlines as a winner among the post-pandemic recovery stocks.

Well, up until its split, it didn’t really matter what your priorities were. If you wanted GE, you had to take it at its best and worst too.

In this instance, snapping the business into pieces could unlock value otherwise held back by other divisions. That’s what shareholders will be hoping for anyway.

Sign up to Honey, our free daily investment newsletter

Made in China has changed, you should too

Is your ISA ready for higher interest rates?

Then there’s Toshiba. The firm’s not just hoping to break into two, but three. Partly, that may be to take advantage of a Japanese tax change intended to make spin-offs more appealing.

The idea behind the tax break was to encourage companies to split up, with the goal of trimming down the 3700 listed companies on the Tokyo Stock Exchange (TSE).

Many of these firms have been criticised by shareholders for a blatant lack of congruence. For instance, Japan’s Curves gyms are owned by the country’s largest karaoke company.

So by splitting these companies into pure plays, although the number of firms would initially grow, eventually, they would consolidate through increased buyouts and takeovers.

Or at least, that was the hope. The policy change hasn’t really panned out since being introduced in 2017.

Though it demonstrates an awareness of conglomerates’ complications and inefficiencies going well beyond internal management.

Governments and investors are taking note. And they want more cohesion, oversight and strategic alignment for the businesses they support.

A side of chips

Investors want a better understanding of where their money is going, and what kind of return they can expect.

If Toshiba indeed separates into infrastructure, semiconductors and devices, the growth rate of those segments could differ vastly.

The global chip shortage has led prices and demand to flourish. On average, a microcontroller chip (ie. those in medical implants, remote controls and car engines) would run you 30-40% more than last year.

That’s a high growth segment, as proven by Toshiba’s semiconductor sales, which were up by 5.9% to ¥313m.

Meanwhile, contrary to what GE’s energy success might have predicted, Toshiba’s sustainable power revenues were down in 2020. The firm’s thermal and hydropower sales dropped by 23.1% to ¥171m.

That GE’s sustainable energy segment is an outperformer while Toshiba’s is an underachiever may be a hint that it isn’t enough to just have good management at the helm.

Obviously, not all firms operating in one industry are guaranteed to grow and succeed simultaneously. And just because an industry’s conditions are ripe for a picking doesn’t mean the fruit will flourish equally.

But, when a conglomerate has so many different irons in the fire, it’s difficult to know exactly what the issue is. Hedging is one thing but if you can’t pinpoint the problem, good luck solving it.

‘Til spin-off do us part

Johnson & Johnson’s made it clear that’s a big reason for its divorce, citing some irreconcilable differences between its consumer and pharma segments.

While both are unified under the healthcare umbrella, as with Toshiba, they have fairly opposing risk portfolios.

J&J’s Listerine and Band-Aids are staples in your bathroom cabinet. But their established popularity means there’s a lot less room for startling growth.

While J&J’s consumer side is lower risk, it’s likely a lower reward. On the flipside, pharma and medical devices have greater volatility but a potentially higher upside.

With that, investing in these conglomerates pre-split was almost like an ETF. It’s just one stock, but it’s packing a diversified punch from within.

Increasingly, investors seem to want to make that decision for themselves. They’re not so interested in the spoonfed model, and will be diversifying their own portfolios, thank you very much.

But there are examples to show how firms can still get it right.

When it comes to something famously improving (or at least sure to get more expensive) over time, look no further than your favourite tipple.

And boy, does Diageo and its 200 brands know that.

The firm’s focused model just keeps doubling down on what works. Unlike many of the behemoths breaking up, Diageo’s developed a collection of products with similarities in many ways - from supply chains to the target markets.

That synergy means investors know what they’re getting when they invest in the firm. Frankly, you’re investing in alcohol - nothing more, and nothing less.

So far, that seems to be working for the brand, with 2021 organic sales growing by 16% to £12.7bn and the firm’s share price hitting new highs in recent weeks

Even with so many boozy tentacles, the firm’s not floundering. It’s a testament that you don’t need to try everything. If you’re good at something, just stick to it.

Not all love is built to last, but these breakups don’t mean the firms are doomed.

If anything, the splits indicate a heightened degree of self-awareness, and a desire to work on the self from within.

If they can successfully separate internally, management will be better suited, investors better informed, and valuations more appropriate. When each new firm can focus on its core competency, it should be leaner and nimbler in return.

Fundamentally, it’s not that the parts of these businesses are necessarily bad. But, after years of incremental management changes, acquisitions, disposals and strategy changes, what was once a pureplay can end up looking a bit like a Frankenstock.

What do you think about all these break-ups? Let us know on the community forum: