'Made in China' has changed. You should too. 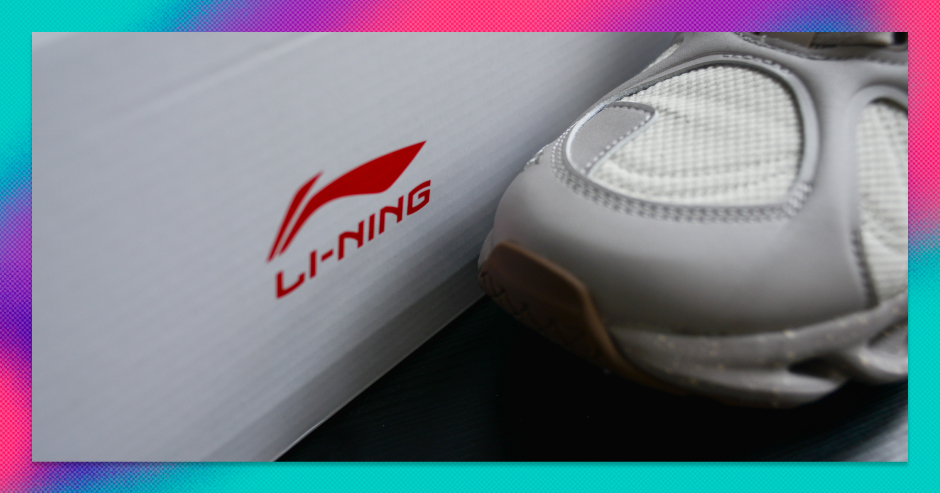 It hasn’t been China’s year but it could be its decade.

On the face of it, China’s having a bit of a howler.

MSCI China has been off the boil since February and Nasdaq China’s down 16% on this time last year.

High commodity prices and chip shortages haven’t been helped by a backdrop of floods, not to mention the ongoing saga of the Evergrande empire implosion.

These aside, the tricky thing for investors to get past is that a lot of that pronounced dip seems to be self-inflicted.

The government has dealt a few blows to markets - all sizable enough to shake investors’ nerves.

The well-publicised stand-off between the CCP and basically any company that opts to list its shares outside China’s borders has shareholders on the backfoot from the beginning.

It’s not a great start to public life if you’ve immediately drawn the ire of the state and been told to shut down on national security concerns.

Stocks in the sector like TAL Education, New Oriental and 51Talk went into freefall instantly.

The move might seem like it came out of nowhere but it is rooted in President Xi Jinping’s call for China to achieve "common prosperity". A growing divide between the rich and poor is at odds with communist ideals, and has become a big focus area for Xi.

The idea of levelling out wealth inequality can be traced back to Mao Zedong in the 50s and Deng Xiaoping in the 80s.

The latter leader had the job of modernising a nation floored by the Cultural Revolution and was willing to let some regions get rich quickly for the overall good of economic growth.

Fast forward, and ensuring that actually filters out into a broader rise in living standards is the driving force behind Xi’s crackdown on private tuition, tax evasion and tech sector working hours.

For investors, the fear is this will chop off growth in demand for luxury items as the nation’s elites are strongly encouraged to use their money for good i.e. charitable donations, rather than haute couture.

Is your ISA ready for higher interest rates?

That’s missing the point though. Closing the wealth inequality gap has the opportunity to lift many more millions of Chinese citizens into the middle classes.

Xi has pledged to make "solid progress" towards common prosperity by 2035 and "basically achieve" the goal by 2050.

That has the capacity to make active consumers out of the current lowest earners in the country.

There’s also the growing phenomenon of female financial independence. As young women feel more empowered to focus on work in lieu of marrying early, the cultural practice of devoting their energy to caring for their elders after marriage is waning.

A land of richer women with fewer dependents opens up huge opportunities for companies springing up to serve them.

The consumer story is alive and well in China

And this is where investors the world over need to make sure they have a grasp of this opportunity. The Chinese consumer is changing and could be about to change again.

Despite all the furore around Singles' Day, the behemoth of a shopping holiday (which seems to be have been a bit of a damp squib this year compared to the normal logic-defying scale) newly-found wealth doesn't go straight into clothing brands or electronics.

The initial wave of consumerism in the country prompted investors to buy insurance firms like China Life and Ping An. When you get richer you have more things to insure, not least of all yourself and your family.

They also bought into brokerage and wealth management services like Futu and Lufax (richer people invest more) but cultural shifts among younger Chinese cohorts could one-up this theme again.

By China, for China

Li Ning is a perfect example of how the newest generations want to take part in their own economy.

US brands like Nike and Adidas are still popular but city-dwelling Gen Zers in China haven’t grown up idolising foreign marques as if they were the only options out there.

They were born into cities hell-bent on growth and don’t necessarily remember the manufacturing sector as the world’s plastic toy factory anymore. For them, homegrown brands are a chance to be patriotic and support domestic consumption.

This is where sportswear firm Li Ning comes in. Founded by and named after a well-known Chinese Olympic gymnast, the company was deemed a cheap alternative to US brands for much of the 2000s.

Changing tack with a new premium image in 2018, the firm now appeals to young people eager to see themselves and their culture represented in high quality apparel.

The brand understands its audience wants to feel proud of buying Chinese and emblazons Hanzi (Chinese script) across its ranges to heighten that pride and nostalgia.

Baijiu (like a clear whiskey) has also been brought to the new generation by spirits firm Jiangxiaobai with the traditional version typified in go-to brand Kweichow Moutai.

‘Made in China’ has taken on completely different connotations for this generation and the trend isn’t lost on some of the biggest fund houses around the world.

This is usually where the Scottish Mortgage investment trust comes up. The biggest trust on the planet gives a huge weighting to both fledging and established businesses in China, but it’s worth highlighting a few others with distinct takes on accessing demographic changes in the country.

ETFs like HSBC MSCI China or iShares China Large Cap can be a simple way into the market for investors. But it can be difficult for UK investors to access listed Chinese companies on their own, let alone the unlisted ones. This is where trusts can prove their worth.

ByteDance in particular typifies how manager Sophie Earnshaw is positioning the portfolio for the next phase of China’s growth.

Having taken control of the trust in September 2020, ByteDance was one of the first buys for Earnshaw who pointed to the fact that TikTok’s 500m users hadn’t been monetised yet.

“We believe ByteDance has the potential to be a generation-defining media company and one that may deliver exceptional returns to shareholders.” says Earnshaw.

That’s big talk and there are certainly no guarantees but putting over 5% of the fund’s capital into it, making it the trust’s third top holding, is a sign they’ve put their money where their mouth is.

Collectible toy firm PopMart pops up in the portfolio too. Popular with younger consumers in China, it’s yet another symbol of the move towards homegrown toys and away from figurines from the likes of Marvel & Disney.

EV battery manufacturer CATL and last mile delivery service Dada Nexus add to the shifts the country (and globe) is seeing in the auto and shopping sectors.

It’s not hard to find their equivalents elsewhere around the globe but China’s growing disposable incomes blended with its huge accessible market makes these firms attractive for the manager.

Another China-focused portfolio is the Fidelity China Special Situations trust.

It’s the largest UK-listed fund devoted to investing in Chinese equities with a clear focus on ‘New’ China according to manager Dale Nicholls.

His hunting ground encompasses sectors offering the opportunity for long-term sustained growth. A quick look at the trust’s holdings shows the consumer, tech and healthcare spaces are front of mind.

WuXi AppTec offers research and manufacturing services to the biotech and pharma sectors, giving companies a helping hand in bringing their products to market.

It’s a good example of the type of innovation Nicholls looks for in overlooked or emerging firms. A bottom-up manager, he initially does his best to get into the very fabric of a company before he even considers how it fits into the broader economy.

Looking where other investors can’t or won’t go allows him to spot undervalued opportunities which might have been picked up if a stock had attracted more attention.

That’s particularly useful in the private equity space. Nicholls can hold up to 10% of the trust in unlisted stocks - a hugely beneficial tool when popular, nimble businesses spring up and show signs of growth before they even hit the stock market.

Freetrade is on a mission to get everyone investing. Whether you’re just starting out or an experienced investor, you can buy and sell hundreds of investment trusts commission-free on our trading app. Before starting, take a look at the most traded shares on the platform to see which investment trusts are the most popular with our users. Download our iOS stock trading app or if you’re an Android user, download our Android stock trading app to get started investing.

Top 10 stocks and shares ISA buys in July on Freetrade