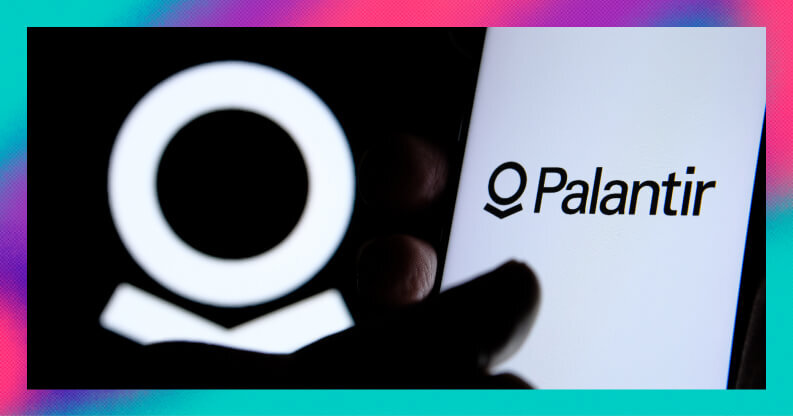 Initial excitement about the firm’s Q1 results seems to have tempered down today.

Palantir hovered on the periphery of the meme stock boom earlier in 2021 and has seen some wild price fluctuations since going public in October of last year.

That hasn’t abated since, with the firm seeing a big uptick in its share price on Tuesday and a subsequent fall today.

The price increase came after the software company released its first quarter earnings for 2021.

And although there were some positives in the report, today’s fall probably reflects question marks over what the future holds for the group.

One area the firm has delivered in is sales growth.

Company CEO Alex Karp has regularly said he’ll deliver annual revenue growth of 30% or more from 2021 through to 2025.

A single quarter obviously doesn’t tell you much about whether Palantir will be able to live up to that promise but the first three months of this year were, at the least, a good start.

The company increased revenue numbers by just under 50% compared to 2020, with sales totalling $341m for the first three months of the year.

Of that amount, $208m was from government agencies, both in the US and abroad, and the remainder came from companies.

This isn’t a bad thing but it does make you wonder what Palantir is attempting to be. The firm said in a regulatory filing, prior to going public, that it wants to be “the default operating system for data across the US government.”

That suggests the firm would be more akin to a government contractor than a regular software business. Plenty of companies do that and they remain very lucrative.

But it’s certainly something to keep in mind given there seems to be a perception in some quarters that the company is just another tech firm.

Despite that substantial increase in revenue, Palantir still recorded a net loss of $123m for the first quarter of the year.

This was largely the result of stock options given to employees, as opposed to a big increase in the costs associated with running the business.

If that sounds a bit odd then let us explain.

Lots of companies give their employees stock options in addition to a salary. This means they issue new shares and give them to employees as a form of compensation, as opposed to paying them in cash.

Generally accepted accounting principles (‘GAAP’) require firms to put the cost of any stock options on their income statement — this records a company's income and expenses. So if you imagine a company selling chocolate bars, it might earn £100 from selling chocolate but have to pay out £70 for advertising, administration costs and paying employees. These things would all be on a firm’s income statement.

Palantir employee options were worth $194m for the first quarter of this year. If you factored them out then the firm actually turned a profit for the quarter.

The problem with doing this is that those stock options do have an impact. The more shares are issued, the more devalued the shares you hold become.

Those ended up representing more than 10% of the company’s outstanding shares and, by one estimate, cost shareholders $15.9bn.

During that time the company also delivered really strong results, so shareholders may not have cared too much.

That points to why stock compensation can be a bit of a contentious topic. Companies would love to have them removed from their income statement as they aren’t a cash cost.

But they also have a big impact on shareholders, so removing them from the income statement would also be akin to hiding something that dilutes value.

Unfortunately there’s no silver bullet solution. Even professional analysts debate how best to account for stock compensation schemes. The least Palantir investors should do is be aware of them and try to see how they’re impacting the value of their holdings.

Something else that emerged yesterday was the fact that Palantir is allegedly weighing up buying Bitcoin, with the company's chief financial officer also saying the firm is now accepting the cryptocurrency as a form of payment.

Undoubtedly crypto fans will take this as another example of the inexorable spread of Bitcoin across the world and the slow replacement of fiat currencies with digital ones.

The thing is, if you assume Bitcoin is just a currency, it’s hard to see why you would position it as an ‘investment’, which is what Palantir did.

Palantir gets paid in dollars, so there isn’t much risk involved there. So what’s the point in buying Bitcoin? Maybe you could argue they’re afraid of dollar inflation but that’s not something they’ve said before, so it seems odd to start being fearful now.

Plus you have to remember that Palantir’s biggest client is the US government. It’s hard to imagine the country’s military, for example, paying the company in Bitcoin.

As with Tesla buying Bitcoin, the feeling you get here is really….why bother? Tesla makes cars and, to a smaller extent, solar equipment. If you’re a shareholder, surely you’d want it to be focusing on those things and not trying to game the crypto markets.

Similarly, Palantir is a software company. Shareholders probably want it to focus on making good software and selling it for a profit.

Even if the company’s intentions are benign, buying Bitcoin and treating it as an investment product seems like a distraction from that goal. Crypto fans may welcome it but shareholders may just be wondering what the point is.

Are Palantir shares a buy?

Combine all of this with the volatility in Palantir’s share price and it’s hard to say whether or not it's a great investment to make.

Has the company done enough to increase its valuation by more than 100% since going public? It would be hard to answer that with the affirmative but, at the same time, the company does seem to be making positive progress.

That makes Palantir something of a speculative play. If you trust Karp’s promises then the company’s current share price could make sense down the line. And Tuesday’s quarterly results release show that he could be on the mark.

But it’s still early days, so buying in is arguably a risky move to make. Like Bitcoin, you just don’t really know what’s going to happen.