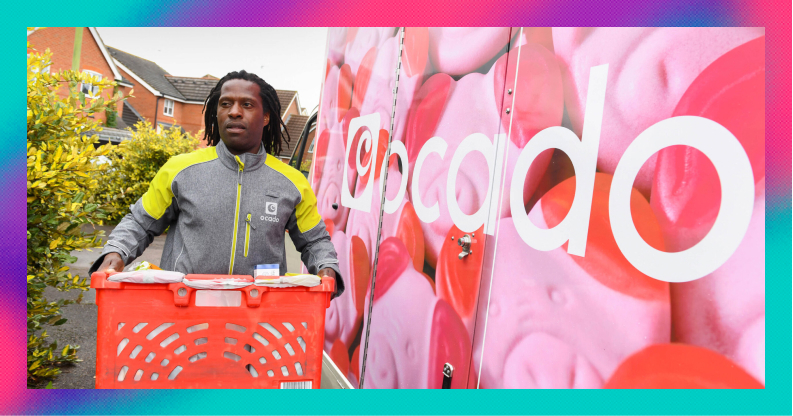 A recent price pullback raises questions for the tech grocer.

Robots and Percy pigs, clearly a match made in heaven.

That’s the picture emerging from Ocado’s tie-up with M&S. In its Q1 update this morning the Tesla of the supermarket world said products from the stalwart British grocer now make up over 25% of its average basket.

Also in the update came news that Ocado Retail (the joint venture between Ocado Group and M&S) saw revenues grow to £599m in the 13 weeks to the end of February.

All of this is a storefront in itself. The partnership represents a big lift in online shopping over Christmas but higher revenues and orders are a sign of what the firm could offer to other chains lagging in their own distribution efforts.

It might get the products to your door but make no mistake, Ocado is a tech firm wearing the mask of a grocer. Its main goal is to kit out other supermarkets with its back-end whizzy warehouses.

And in terms of chains desperately needing help with distribution it didn’t come more backward than M&S.

Ocado will be hoping the partnership serves as a case study for food retailers thinking about asking Ocado to help them out too.

A key part of today’s update was the development and refinement of the customer fulfilment centres at the core of Ocado’s proposition.

New smaller, localised sites are being rolled out, primarily in London and could enhance their efficacy even further. This is the innovation-within-innovation investors want from Ocado and they’re delivering. Within an hour apparently.

These smaller sites dotted around the capital, and further afield, will give Ocado Zoom the opportunity to take on the Amazon-Morrisons quick delivery partnership.

Again, the short-term goal here is to demonstrate the value in these micro sites. The bigger picture will inevitably revolve around shifting its fulfilment tech to the world’s retailers rather than getting dragged into a street fight over miniscule margins.

It’s a good thing this business-to-business sales strategy was in the works before the pandemic though. Despite the rush to online shopping, Ocado still only has a 2% market share among the grocers as of February, against 1.5% last year.

The worry is 2020 really didn’t bring the market dominance a lot of investors would have anticipated. The robot warehouses were running at full clip and Ocado couldn’t keep up with demand. It’s unfair to say it wasn’t ready (who was?) but it will feel like an opportunity missed.

Ocado wasn’t able to completely assert its online leadership in a year which promised so much but it might not be its fault. Despite the overarching view that 2020 was the year online sales boomed, the supermarket sector hasn’t gone the same way as the likes of streaming services.

Even relative to other areas of retail like fast fashion, the sector hasn’t really impressed. Online food shopping accounted for 16% of sector activity in 2020 according to Nielsen. That’s double what it was the previous year but on its own looks like a bit of a damp squib, given how ripe the environment was for change.

Add in the fact that Ocado reported a £44m loss before tax in the year to November and the lofty share price has looked a bit too precarious for some investors.

The tech’s there, but are we using it?

The share price is up 53% since this time last year and 599% over five years but at some stage investors will expect a profit to back up that rise. For many that chance came in 2020, and the recent share price pullback might be a sign that investors just can’t wait any longer.

But focusing squarely on the post-virus opportunity, Ocado Group chief exec Tim Steiner thinks that journey has only just begun.

“Ocado Retail has proven that the model consistently delivers the best online customer experience in grocery with leading economics. We believe that the prospects for Ocado Retail, as well as our other Solutions partners, are very promising.”

In a world obsessed with online solutions though, it’s maybe worth stepping back and assessing what that adoption looks like in the near term. Even if we work on the assumption that the trend will ultimately move us all online, for the time being actually choosing your own produce and browsing the stores are still attractive.

And as tech-enabled as Ocado’s offering might be, will it stop London’s residents popping to the nearest Tesco Express or Sainsbury’s Local?

This is where it pays to look at how we’re coming round to these new propositions as opposed to just how advanced they are. And that may be a sign that Ocado’s long-term holders will be quids in, it just might take longer for the company’s dominance to emerge.

What do you think of the investment case for Ocado? Let us know on the community forum: