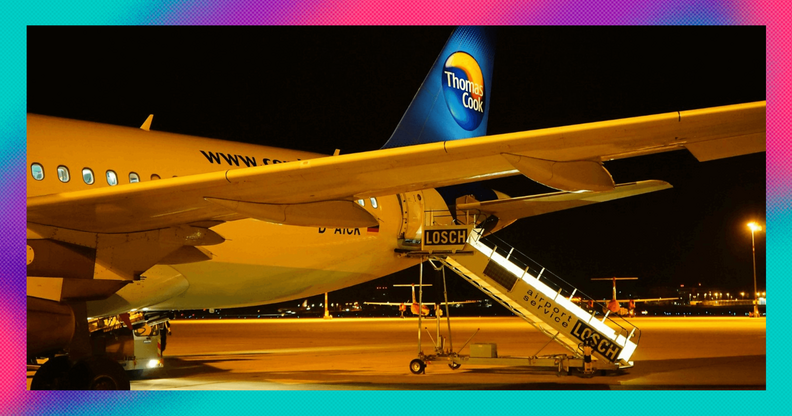 Companies spend a lot of time trying to reach the public markets. However, sometimes a stock goes the other way and leaves a stock exchange. This is called ‘delisting’.

There are a few scenarios where delisting can happen but the most common are bankruptcies/failures (not so good for investors) and takeovers/mergers.

There’s just been a couple of fairly high profile examples of bankruptcy with the demise of Thomas Cook plc and Debenhams plc so we want to give some insight on how it happens and what to expect if you’ve invested on Freetrade.

Bankruptcy, going out of business or administration

It’s relatively rare for a company to go bust out of nowhere. Usually there’s some bad news beforehand like declining sales, warnings of losses or the CEO staring disconsolately out of a window all day.

But it can be unexpected or ambiguous up until the moment it happens. Much like being punched in the face. 😱

You run more risk investing in a stock with a clearly uncertain future, like Debenhams in April 2019.

Usually, when a company goes bust the immediate cause is being unable to pay its creditors or suppliers. That’s called insolvency.

There are a few possibilities from here in the UK.

One relatively benign option is a company voluntary arrangement (CVA).

A CVA is an agreement between the company and creditors for a repayment plan and restructuring to get the company back on its feet and the lenders paid. It can be painful for employees and shareholders, but the company has a chance of surviving in its current form and the shares remain listed.

However, the most common scenario for an insolvent UK business is to ‘go into administration’. In this case, an administrator, usually a consulting or accounting firm, is appointed to manage the company’s demise and settle remaining debts.

In a ‘pre-pack administration’, the management create a structured plan to sell off the company and then appoint the administrator to just carry it out.

In the US, the usual process for an insolvent company is Chapter 11 bankruptcy. It has a similar objective, but Chapter 11 allows the management more control.

During administration or Chapter 11, it’s very likely that the company affected will have their shares suspended from trading, by choice or requirement.

If you’ve invested in stocks on Freetrade (or anywhere else), this means you wouldn’t be able to sell your shares. 😢 We’ll notify you as soon as we have the news on this and keep you updated with any new items.

Firstly, the administrators dice up the remaining assets to pay off the debts. There’ll be a hierarchy of lenders, which can vary but often follows this pattern in the UK:

The cast-iron rule of bankruptcy is that the secured lenders get first dibs on the company assets. There are a few ways it can play out, depending on how much the company is worth and how much debt it carries:

In the first case, the actual day-to-day business can be completely shut down or it can continue as a new private company owned by the creditors It’s up to the creditors to agree what they want to do.

In the second case, sometimes there’ll be a few tiers of shareholders. Holders of ‘preferred’ stock get paid first, and holders of common stock get paid what’s left. We don’t currently feature preferred shares in any stocks on Freetrade.

The third case, where the company manages to survive and shareholders get new stock, is hard to achieve. Often the company’s debt will outstrip any remaining value.

This means that for common shareholders, they might get nothing at all for their shares.The situation for remaining shareholders in Debenhams is unconfirmed but this remains a possibility.

It always sucks when an investment goes sour. 🍋

What if I bought/sold my stock before trading was suspended?

Orders are a binding contract from the point of execution so if you bought/sold them before trading was suspended, you’ll get your shares or your money. However, settling the trade, which is really fulfilling the contract, is set to happen within two days of the execution.

If you sell stock before administration, but your order is due to settle afterwards.

The contract still holds and you’ll still get your money.

However, since the stock has been suspended, sorting out the settlement is a more complicated process. This is because market makers usually won’t settle the stock until the administration process is over.

This means we/your broker has to do some manual work to make sure all the orders settle as agreed. It takes longer than a normal order, but rest assured we’ll get you your money.

Once it’s settled, the money for your sale will be available for you to withdraw from the app.

If you buy stock before administration, but your order is due to settle afterwards.

If you bought stock before the company suspends trading, the idea’s the same. The contract still holds and you’ll still get your shares.

Your money has been paid, you’ll receive the stock (but won’t be able to sell it) and you’ll get any value that comes to shareholders out of the administration process.

💪 A much happier delisting situation!

Your stock is still delisting in its current form but only because someone else wants to buy the whole company.

What happens to your holding depends on who’s buying. If it’s a merger or acquisition by another public company, your holding will be swapped for either a new holding in the buyer or an amount of cash.

The Freetrade Brokerage Ops team will notify you beforehand, as well as organising and replacing your holding at the right moment. You can chill and wait for your new shares, or sell your stake if you don’t want shares in the new company.

One exception is if the acquiring company is listed on an exchange we don’t currently feature.

Finally, sometimes public companies are bought by private ones or investment firms. These private companies aren’t listed and their shares usually won’t be available for retail investors.

In this case, a majority of voting shareholders will have had to agree to sell the company at a particular price. You’ll get the money to replace your holding when the sale goes through.

It’s not that common for a large public company to delist because of bankruptcy. But it does happen and it can be upsetting or confusing. Unfortunately, it’s part of the risk and reward of investing in real companies.

Remember that you can diversify your portfolio to lower your risk in any single company.

We’ll always keep you as updated as possible whenever a delisting happens with a stock in our universe, whether it’s due to bankruptcy or a more positive scenario.

What is a stock split?

How to buy US shares in the UK