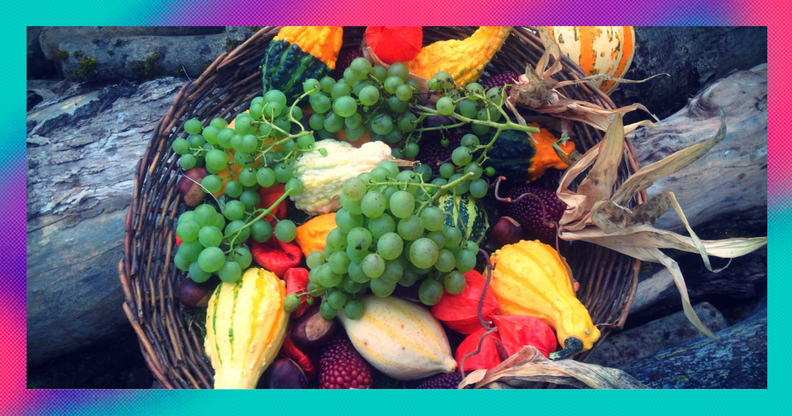 The S&P 500, the Dow, the NASDAQ. The big stock indexes/indices are probably the first bits of investing jargon we encounter. Everyone can nod…

The S&P 500, the Dow, the NASDAQ. The big stock indexes/indices are probably the first bits of investing jargon we encounter.

Yet despite being incredibly well-known by name, stock indexes aren’t that widely understood. It’s also easy to confuse an index with a stock exchange or the stock market itself.

One of the most common strategies for an exchange traded fund is to buy up all the stocks in a particular index and track their combined performance. These funds are called index trackers or index ETFs.

What is a stock index?

An index is a basket of companies which represent a particular sector of the whole stock market. The focus of an index could be companies of a particular size, in a given country or industry or a combination of these and other factors.

They’re not the same thing as an exchange, but many indexes are built to track the stocks listed on a particular exchange.

Indexes are usually administered and published by veteran financial firms, many of which specialise in data publishing. The administrator defines the rules of inclusion on their index e.g. minimum value of the company.

The value of the index represents the total collective market value of all the companies it contains.

The performances of big stock indexes like the S&P 500 are often used as a proxy for the total health of economies. If the index is up, many analysts and journalists say things are looking rosy — or at least not too bad.

However, an index isn’t just a useful source of data. Investors can also invest directly into index-focused funds, that follow the performance of all of the stocks held in a particular index. This is called index tracking.

Read More: The invention of indexing - A look at the rise of passive investing

Index tracking is often described as ‘passive investing’ in contrast to ‘active investing’, where you actively pick your preferred list of stocks or assets. The passive index tracking approach has won devotees recently as it’s usually low cost for investors, simple and normally diversified.

Some people argue that it’s difficult for an individual investor to outperform the market over the long term. These people often advocate a passive index approach instead, especially since the low fees charged by index funds mean that investors keep more of any returns.

Index tracker funds can be structured as exchange-traded funds, mutual funds or potentially other vehicles. What defines them is the strategy, not the specific variety of fund.

Since it’s up to the administrators to update their indexes on the timeframe they choose, sometimes companies can be in an index for which they no longer qualify.

For instance, an index of 100 of the most valuable companies might occasionally still include a company that slips from spot 100 to 101 until the update goes through.

Dropping out of an index is serious business for companies, as when it happens, the relevant passive funds will sell out of that company. That can mean a big dive in the stock price!

Many national stock exchanges have an index of all the companies listed on the exchange.

However, in countries with a large number of public companies or more than one stock exchange (US, UK), there are often indexes that only cover some of an exchange or include companies from different exchanges.

Here are some of the most important.

Deep dive - The biggest index providers and their major indexes

Once a division of investment bank Morgan Stanley, index provider MSCI was spun off to trade as its own public company. This means MSCI now sits within the S&P 500 and the Russell 3000. Meta.

MSCI runs a number of indexes, but it’s most famous for its global ones.

Although it’s called ‘world’, this index is really a snapshot of the developed world as it excludes emerging markets. MSCI World includes over 1600 companies from 23 different countries. It’s one of the most established global indexes and often used to get exposure to an international array of the biggest, most developed markets.

A big collaboration between Standard and Poor, the Chicago Mercantile Exchange and News Corp (through their holding of The Wall Street Journal), S&P indexes has some of the most popular indexes.

Possibly the world’s most famous and influential index, composed of 500 very large US companies. A common misconception is that the S&P contains the 500 largest American firms. Actually, to be included in the index a company has to satisfy 8 different measures from areas like liquidity, financial viability and share structure. The indexers assess these metrics themselves.

Snap Inc., for instance, is not in the S&P 500, because of a recent rule barring companies that restrict common shareholder voting rights — at Snap, Evan Spiegel and Bobby Murphy hold almost all the voting rights.

Popular among income investors, Dividend Aristocrats includes companies from the S&P 500 that have increased their dividend annually for 25 consecutive years. It’s fairly diversified across a few sectors, but with an unsurprising weighting toward consumer staples and industrial companies, which tend to have a more enthusiastic approach to dividends.

First assembled in 1885 and the second oldest stock index in the world (number one is the Dow Jones Transportation Average), the Dow consists of 30 big US companies meant to represent the titans of modern American industry. In the past, this would have included the likes of tobacco, oil, railroad and sugar companies. Now, it includes a lot of tech companies, but also consumer staples like Walmart and McDonald’s. The Dow isn’t as varied or highly diversified index as most. It’s more like the star representatives of the US economy. As such, it’s often used as a performance metric for US economic health.

Unusually, the Dow is price-weighted, which means that the value of the index is calculated based on the price per share of its constituents rather than their overall market cap. This is quite an antiquated way to judge an index, since the price of a share is relatively shallow data point, compared to the value of an overall company. For instance, it could mean that a company worth $10B, but with shares worth $100 each would be more represented than a $100B company with shares worth $10 each.

The Dow uses adjustments to ensure that stock splits and other corporate actions don’t skew the index too much.

New York’s other big stock exchange, the NASDAQ is an alternative to the NYSE and home to many big tech companies.

An index of just over 100 securities from NASDAQ, based on market cap but excluding financial service companies. Since tech is heavily represented on NASDAQ, the NASDAQ 100 is often used to invest across the technology sector. However, tech is by no means the only sector in the index.

Less popular with fund managers than the NASDAQ 100, the Composite is composed of over 3300 companies on NASDAQ, with no restriction on sector.

Broadly the 100 biggest companies in the UK. It’s not necessarily a perfect bellwether of the UK economy since many of the companies are globally, rather than locally, focused.

Not in fact the top 250 UK companies, but the next 250 after the first 100 i.e. 101–350. This is where you’ll find big but predominantly UK-focused companies: mid-size national retail chains, industrial firms, construction companies etc. It also includes a lot of investment trusts.

Covering 3000 securities from 47 countries, ETFs which invest globally are some of the most heavily diversified and expansive. For any investors wanting non-specific exposure to the whole of the stock market, look for 'all world' in the name.

With over 1000 constituents from 22 emerging markets, ETFs like Vanguard FTSE Emerging Markets (VFEM) capture about 80% of the stock market in each of those markets. Countries include Brazil, Russia, China and Korea.

STOXX is a European-focused index provider owned by Deutsche Borse, the operator of the Frankfurt Stock Exchange

50 big blue chips from 18 countries across Europe, including the UK.

A more limited index of the 50 “supersector leaders” within the Eurozone. Heavily dominated by Germany, France and The Netherlands.

Covering 600 securities, 17 countries and 90% of the European stock market by value, this is pretty much the European equivalent of the S&P 500. However, due to the generally smaller size of European companies, the 600 includes large, mid and small cap firms. The index is 27% UK companies.

Japan’s flagship financial newspaper, the biggest in the world in terms of circulation and the current owner of London’s Financial Times. They’ve maintained the country’s most important stock index since its creation in 1950.

An index of the 225 largest Japanese companies listed on the Tokyo Stock Exchange, including the likes of Sony, Nintendo and Toyota. Like the Dow, it’s a price-weighted index.

It reached an all-time high in 1989 during a Japanese asset bubble. Since then it’s never scaled to the same peak, but it’s been appreciating a lot since the early 2010s. There’s speculation that the Japanese central bank is pumping up asset prices; it’s among the top 10 shareholders of 90% of the companies in the index.

That’s pretty much the skinny on stock indexes. 💪 If you have a favourite index or tracker we’ve missed, let us know in the forum!

What is an inverse ETF?