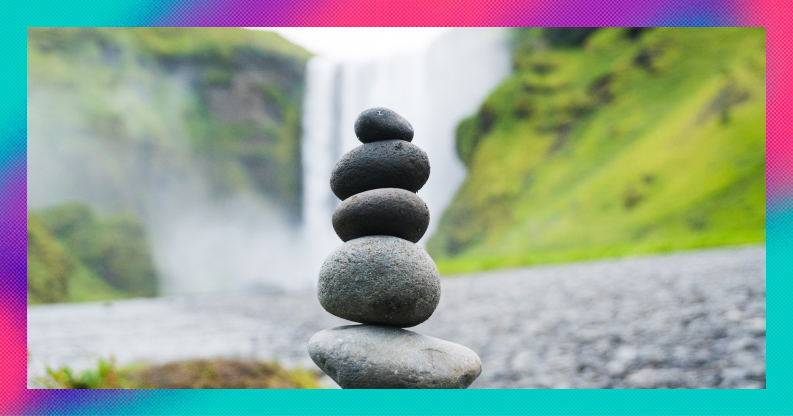 Investing and doing good while you’re at it doesn’t need to be a balancing act.

Everyone’s got their own ethical code. Maybe you’re strictly the tofurky type, vehemently refusing to eat anything that bleats or moos. Or maybe you avoid Amazon at all costs, instead opting to “support local” with the hemp tote bag to prove it.

You can also invest in a way that supports your ethical preferences, boosting investment into the industries you want to pop up, and creating a return for yourself while you’re at it. Here are a few firms that might add more ethical flavour to your portfolio, in a way that upholds the causes you’re most passionate about.

It’s important to highlight that these are just illustrations, not a suggestion or recommendation that you buy or sell any of the securities mentioned.

Our resource hub for investing in the stock market might be able to help make that blend a bit clearer for you and our guide on how to invest in stocks is a great start for first-time investors. And if you are still unsure of how to pick investments, speak to a qualified financial advisor.

If your ethical compass points you towards green energy, you might want to give offshore wind a look.

It has two key advantages over other renewables: higher load factor (meaning it’s more efficient) and costs that decline with scale.

While the bulk of that investment was onshore wind, the firm acquired a £250m, 16% stake in an offshore facility just this week.

Offshore wind tends to blow faster than that on land, creating a massive difference in the amount of energy a turbine generates.

A turbine operating in 15-mph conditions churns out 2x the energy as one in 12-mph winds.

So Greencoat’s latest investment should help it meet the UK’s ever-growing energy needs.

Though if the share price is any indication, investors haven’t warmed to the decision. This could be because part of the acquisition is funded through equity financing, so it’s increasing outstanding shares while diluting value for existing investors.

Wind energy is much more of a longer-term investment rather than an explosive growth opportunity. Don’t go expecting tech-stock returns. Scalability is an issue in the industry, but that doesn’t mean slow and steady can’t have good earnings potential too.

Sign up to Honey, our daily stock market newsletter

How much money should I invest?

It’s responsible for 32% of the turbines on the planet. But the firm’s increasingly diversifying, now building components for electric vehicles (EVs) too.

By broadening its existing product stream, TPI’s expanding its clientele. That’s a good call for the firm which recently announced plans to shut one of its American plants by the end of the year.

The firm warned it doesn’t have enough orders lined up for next year. And the increased cost of raw materials coupled with changing American policy and fiscal support has meant for a lacklustre outlook.

So investors might be relieved it’s fortifying its EV business segment. As more cities and countries plan to ban sales of petrol and diesel vehicles, TPI could be well-positioned to sell its components to those EV makers gearing up to fill the demand.

ITM builds hydrogen refuelling stations across the UK. It currently operates seven stations with lofty ambitions of running 100 within the next five years.

Currently, only two hydrogen cars are widely available on the market: the Toyota Mirai and Hyundai Nexo. While others in the auto industry dabbled in the idea, many have since settled on EVs instead.

That’s probably because hydrogen uses 3x more energy than an electric vehicle for every mile driven. So it’s been the less popular choice for those developing cleaner cars.

And even though it’s the most abundant element in the universe, it’s not exactly the easiest to access. Electrolysis is the process of using electricity to break down water into oxygen and hydrogen.

This takes a lot of electricity to achieve though, which is a big reason why hydrogen hasn’t achieved scale as an energy source just yet. But the National Grid has faith it can turn that around.

It has partnered with ITM to test heating UK homes by transporting hydrogen through existing pipelines. If even a 20% hydrogen and gas blend was successful, the nation would emit 6m fewer tonnes of CO2 annually, equivalent to 2.5m fewer cars on the road.

Hydrogen power is still in its infancy. But massive investment from energy providers is at the bare minimum a testament to the power it, quite literally, could hold in the future.

Impax invests in companies that should be poised to benefit from the world’s shift in favour of all things ESG.

As of the end of September, the firm had 84.3% more clients than the year prior. Covid marked a huge jump in investment for Impax, and it has generated over £10bn since.

This may be an indication of changing investment philosophies, and overall heightened awareness for ethical investment opportunities out there. It might be less about suddenly trying to get our ethical boots on, and more a case of us realising those boots were already on the market in the first place.

Under the Impax umbrella, there are several trusts aiming to offer exposure to a more sustainable portfolio of companies. Though as we’ve written before, not all ESG funds are equal, and similarly you may want to consider what Impax holds in its funds. What you deem ethical may not necessarily align with their definitions too.

Nearly a third of global emissions come from food. Even by completely eliminating fossil fuels, we still couldn’t meet our 1.5C temperature target because of how we eat.

And as you may well know, cows and their methane-producing ways carry a lot of weight when it comes to tipping that scale.

So while your triple shot oat milk cappuccino may elicit some eye-rolls depending on the side of town your coffee shop’s on, it may help alleviate a drop or two of that carbon footprint.

Much to the chagrin of Oatly’s marketing team, oat milk won’t save the world. But it would come closer if the race were up against animal-milk competitors. One tall glass of Oatly is responsible for 18g of CO2 emissions vs. 53g for cows’ milk.

Those figures have whipped up a lot of hype for the beverage, debatably leading to an overinflated IPO valuation. Its market cap has slimmed down a fair bit since, now sitting around $7.8bn, with a share price well below half of its all-time highs.

Though that doesn’t inherently mean Oatly’s not worth your ethical SIPP’s while. It may be more of an indicator that since there are relatively fewer investments deemed greener or cleaner when a new one comes to market, investors just get an extra skip in their step.

All that means it’s important to do your own due diligence. ‘Good’ companies won’t always yield good returns, but the opposite holds true too. If you want to invest ethically, there are plenty of ways (beyond vegan grocery lists) to put your money where your mouth is.

What are your thoughts on ethical investments for your pension? Let us know on the community forum:

Take control of your retirement savings with a Freetrade self-invested personal pension. Start a SIPP today and contribute regularly or transfer old pensions to one single pot you can grow and manage yourself. Download our iOS trading app or if you’re an Android user, download our Android trading app to get started investing.