A message to big oil: clean up or die 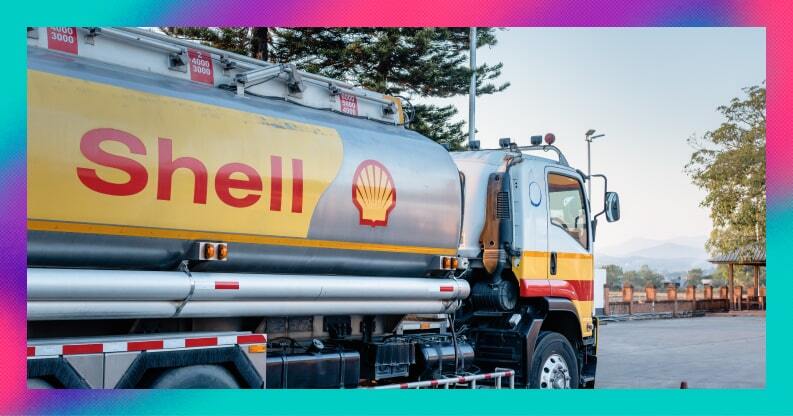 Exxon and Shell told to get a move on in green energy efforts.

If the big names in fossil fuels hadn’t got the message on cleaning up their act by 2021, they certainly have now.

It’s not an understatement to say a couple of events at the end of last month could really become a watershed moment in the transition to clean energy.

That’s because, until recently, companies relying on exploiting fossil fuels have made all the right noises in letting us know they plan to reduce their impact on the environment. But, in a lot of cases, noises and big brand campaigns have been the height of it.

This could all be about to change, with two clear instances of big oil being told to get a move on.

Never too big to be told off

First came a landmark trial in the Netherlands which saw oil powerhouse Shell forced to cut its net carbon emissions by 45% by 2030. The fuel giant had already made plans to become a net-zero emissions energy business by 2050 but the Dutch court wasn’t impressed with its efforts so far and clearly wanted evidence of efforts being made to hit that target.

The interesting aspect here is that the case wasn’t passing judgement on any disaster like an oil spill for which Shell was responsible. Instead, it was an assessment of how the firm was faring in reaching a future goal. That’s a pretty big line in the sand to draw and will undoubtedly have provoked a few early morning strategy meetings among oil producers big and small afterwards.

And it wasn’t just the courtroom weighing in on the green energy transition.

ExxonMobil’s most recent AGM took a left turn when hedge fund minnow Engine No.1 took the floor and ended up achieving its aim of electing at least two of the four nominated directors to Exxon’s board.

The fund has been trying to drum up support for its campaign to force Exxon’s hand in accelerating its transition to green energy and managed to find allies in asset managers BlackRock and Vanguard, as well as the New York state pension fund.

ESG is about more than the environment

It would be wrong to assume altruism and the future of the planet were the only motives behind Engine No.1’s efforts. But the fact that a hedge fund and some of the biggest money managers out there can see value in speeding up the path to clean energy dispels the biggest myth in ESG investing.

That being: investors need to give up returns when they factor environmental, social or governance standards into the companies they invest in.

Engine No.1 founder espoused that view, saying “Exxon thought this was ideological… our idea was that it would have a positive impact on the share price”.

The sooner investors realise that screening companies for high ESG scores isn’t just a nice little exercise to make everyone feel good, the better. Sustainability lies at the heart of all investing, whether that’s ensuring the business model is fit for the long term, or there isn’t an inevitable tail off in profits on the horizon.

When we bring ESG standards into the equation, arguably we are just coming at that sustainability from a different angle.

A common example here is in tobacco. The sector fails a lot of ESG screening processes because the harm it causes inevitably attracts higher taxation and likely further regulation.

That’s not to mention the concerted efforts across the globe to kill the industry altogether.

Notice morals haven’t been mentioned here, or ethics, or any of the buzzwords naysayers usually bring up.

What is in focus is business stability. High ESG standards can decrease the chances that a firm will be fined, regulated to the hilt, or hit with lawsuits.

This is what Engine No.1 is concentrating on. It isn’t a firm full of climate activists, rather it recognises the snail’s pace of change in the fuel industry and the value that could be destroyed if that continues.

Another element to this is how feasible it is for these firms to make a wholesale transition away from the very lifeblood of their historical revenue streams.

It’s harder to change course on a cruise liner than in a speed boat and even then, sailing off in a different direction brings a whole new set of waves.

Do Shell and Exxon have a choice? Probably not.

With that metaphor bled dry, the answer is probably that it doesn’t matter. Shareholders, regulators and even national courts have decided the direction needs changed so it simply needs to happen.

It’s unlikely to be the last reminder an energy firm gets to make a bigger effort to go green and it lays bare just how vulnerable these players are in the face of change. We might think a future without the likes of BP and Shell is ridiculous, and it may well be, but the sector as a whole is facing an existential crisis that not all participants will overcome.

The final point to make is that demonstrated by Engine No.1 and Greta Thunberg. Unlikely pals, they both show we are never too small to make a difference.

That a 0.02% stakeholder was able to affect change at Exxon is evidence enough of that. It’s also proof that we are often more effective when we engage with these firms instead of blacklisting them.

The course from here is still uncertain but the events of the past few weeks will be an almighty wake-up call for oil firms thinking they had ticked the green box by launching a polished marketing campaign. The message now is clearly to get with the programme or face extinction.

What's your take on green energy and how big oil is placed to transition towards it? Let us know on the community forum: