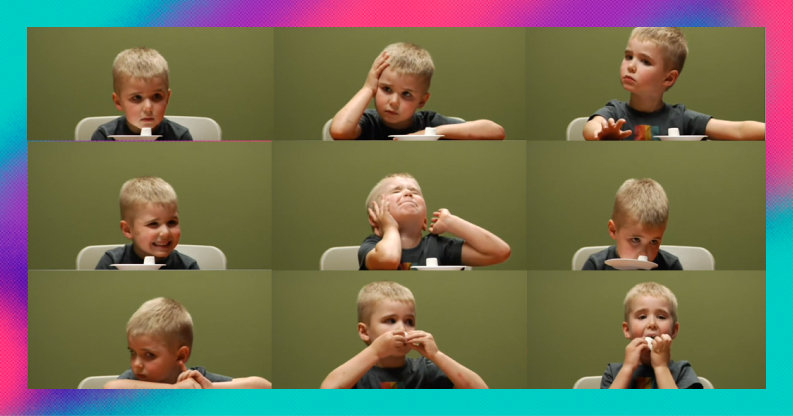 The answer might just depend on how you feel about marshmallows.

Back in 1972, a Stanford professor named Walter Mischel decided to investigate the conditions that promote delayed gratification.

His study relied on the optimal tool of scientific rigour: marshmallows. The experiment began with a child sitting down and having a marshmallow placed in front of them.

Mischel offered them a deal - if the child wanted to, they could eat the marshmallow immediately, but if they could wait, they would be rewarded with a second.

Mischel then left the room for 15 minutes, as the child was left to mull over the conundrum. One treat now, or two treats later?

To accumulate or distribute - that is the question

When it comes to ETFs, you’re faced with a similar question. Do you want your income now, or are you patient enough to let it accumulate for later?

An ETF tries to track the performance of an underlying index or basket of stocks. Naturally, some of these stocks will pay dividends, which are rolled up into one payment the ETF either pays out or reinvests.

Here’s where the marshmallows come into play.

What do lying companies mean for you?

If you’re more concerned about payments in the short term, a distributing ETF might be more up your street. Those payments might be a nice regular addition to your salary or you might rely on them even more than that if you’re using ETFs for retirement income.

On the flip side, if you have a longer-term investment strategy, it’s probably not necessary to have those payments land in your account. Accumulating ETFs can be handier to help get that compounding effect going.

When you invest in an accumulating ETF, you don’t pay commission on the investment. So if you’re going to reinvest your ETF earnings anyway, it likely makes sense to just stick with the accumulation share class and let the compounding get to work. With a distributing ETF, depending on how you’re buying and selling shares, you may have to pay commission on the trades.

While you’ll forgo some immediate investment income with an accumulating ETF, it’s not just that you’re kicking this income later down the line. It’s like the kids with patience figured out - your reward compounds. As nice as it is to get the notification of a dividend landing in our account, letting it snowball over time can be a massive benefit the longer you leave it in.

The first ETF was launched in 1993 to track the S&P 500 in the US. That’s a fairly low exposure ETF, since it’s tracking the market. It was created to offer investors a cheap way to track the market’s performance. It wasn’t, and still isn’t, meant for anyone aiming to beat the performance of the index - after all if it does its job well it’ll get as close to those market returns as possible.

But ETFs have since evolved, and now wear many hats. There are ETFs out there that can potentially offer you a different kind of exposure, with the potential for greater returns.

When it comes to picking an ETF, you need to consider the risk you can afford to take on. In general, an index tracker is going to keep things pretty simple for you. But if you’re willing to take on more risk for the potential of greater upside, you might consider an ETF tracking a sector, commodity or country. With specificity comes lower overall diversification and often higher cost though, so bear these in mind.

Back to Mischel’s experiment. He was trying to test whether the kids able to wait for a bigger reward would be better off later in life. And 16 years later, Mischel followed up. He found the kids able to resist temptation and hold onto hope for that second marshmallow had “better life outcomes” - from higher SAT scores to healthier BMIs.

And while a lot of this has since been debunked (replication of the study highlighted economic background as a major contributing factor to the difference between the two groups of kids), one fact remains. The kids who waited got two marshmallows, and although I’m no huge fan of the pillowy treat, I can respect that when it comes to dessert, two is better than one.

When it comes to ETFs, do you prefer distributed or accumulated?

Popular REITs to invest in