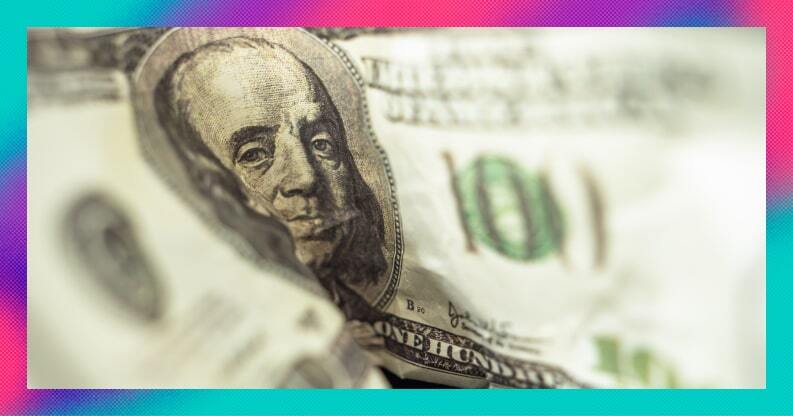 And what you can do to stop it hurting your portfolio.

“The reverse of truth,” wrote the great Montaigne almost 500 years ago, “has a hundred thousand forms, and a field indefinite, without bound or limit.”

And he hadn’t even seen the stock market.

Had he been able to then he’d have found the veracity of his words of wisdom reaffirmed.

Companies lie a lot. Not all of them do, and not all the time, but it happens with a level of regularity that means it shouldn’t be a shock to anyone when it occurs.

Why they do this is probably too hard a question to answer in so short a piece of writing, but it seems like a mix of ego and greed. Hubris is a factor too — people lie if they think they can get away with it.

It’s not lying if you really believe it

What’s more interesting from our vantage point as investors is how companies lie.

This may seem like a strange claim to make but, as Montaigne rightly points out, a lie has many forms.

For instance, tobacco companies attempted to conceal research connecting smoking to lung cancer in the 1950s. Was that lying or hiding the truth?

More recently, Nikola admitted that a video of its lorry ‘driving’ along a road was fake. The lorry had been pushed down a hill and allowed to roll along a road.

Arguably this wasn’t a lie because Nikola described it as a clip of a truck “in motion”, which it was. But it’s hard to see how this wasn’t designed to mislead viewers into thinking the lorry was actually driving along using its own engine.

Bad though they may be, these fibs don’t necessarily represent the most common means by which companies attempt to mislead investors.

Companies may be dishonest to the public about their products or services. This isn’t likely to benefit them financially but it’s also not necessarily going to hurt them.

Tobacco companies don’t have the best reputation at this point and yet there are now more smokers on earth than ever before. Misleading the public in the past clearly hasn’t been so damaging then.

In contrast, companies that play with their accounts often end up collapsing or totally losing the trust of their shareholders.

Enron is probably the most famous example of this. The commodities business fell apart in 2001 after inflating its profitability and concealing over $1bn in debt. Its shares fell from over $90 to under $1 as a result.

It was a similar story over at Chinese chain Luckin’ Coffee, which was forced to admit last year that its chief operating officer had bumped up its sales numbers for 2019 by $310m.

This isn’t a 21st century phenomenon either. Way back in the 1840s, in the midst of a market bubble in UK train stocks, several companies manipulated their revenue numbers and paid out huge dividends from money raised from existing shareholders to try and attract more investors.

For one thing, investors themselves are often reluctant to believe there could be a problem with the company they have holdings in.

Buying shares in a business is to some degree an intellectual exercise.

It means you’ve formulated an opinion about a company and, as with most other spheres of life, probably don’t want someone telling you you’re wrong. This is doubly the case if you have some sort of emotional connection to the product or service they provide.

Is China a pre-IPO gold mine?

It’s also tiring and time-consuming to have to constantly doubt what a company is saying and much easier to just go with the flow.

But you don’t have to be the opposite extreme. Acting like some sort of paranoid maniac, not believing anything a company says, and spending all day checking its income statement probably won’t be a productive use of your time.

Just being a good sceptic and taking some time to make sure things look ok should suffice, both for companies you’ve invested in and any businesses you’re weighing up buying shares in.

Of course, ‘being a good sceptic’ is rather a vague description. The concrete step you usually need to take is to dig through a company’s financials.

A very simple thing to look at is a company’s ‘adjusted’ revenue figures. Nearly all companies have adjusted earnings, so it’s not a bad thing if they do.

But look at what a company is actually ‘adjusting’ out and ask yourself if it seems like a reasonable thing to do. For instance, one company, which shall remain nameless, currently ‘adjusts’ out depreciation costs from its reporting.

The effect of this could be that its assets, which are likely to depreciate in value over time, are being reported at a much higher value than their worth. If they became redundant then that would mean a sudden drop in total assets.

At the same time, replacing them could be expensive and that would mean spending more money. Neither of these things would be reflected in the company’s adjusted accounts.

Other things in a company’s report might just strike you as odd. For instance, tech firm MicroStrategy used to book revenue on the basis that it would sell products to a company, which would then go and sell them on for a certain price.  It ultimately had to restate several years of accounts and admit a shortfall of over $50m.

UK-listed Langbar International had much of its value predicated on the basis that it held a depository receipt from a Brazilian bank worth a total of $570m.

At one point, no one had even seen this money or verified its existence, nor really explained why Langbar possessed it or where it had come from. The firm was ultimately shut down and investigated for fraud.

All of this just goes to show that there are many ways of telling a lie, or at least dressing up the truth,  just as Montaigne said all those years ago.

Probably the biggest obstacle to us figuring this out is ourselves. Listed companies are often huge entities, with smart executives and slick reports surrounded by the allure of wealth.

All of that can make us think they must be telling the truth and that we’re simply not smart enough to understand something which strikes us as peculiar.

Don’t fall into this way of thinking. If something seems strange to you or sounds like rubbish then investigate it and find out what’s really going on.

Trusting your gut isn’t a great way to invest but it’s a good way of seeing if a company’s trying to get one over on you.

The good thing is that these instances aren’t a mainstay of global indices. There are regulatory hoops for companies to jump through for a reason, and digging into accounts yourself can add a layer of due diligence to that.

So it’s not a case of breaking out the tinfoil hat but more about making sure you know exactly what a company is reporting and where the money is coming from. There may be cases in which an out-and-out lie can’t be protected against but that should highlight the worth of a diversified approach as well.

Found something suspicious in a company's accounts lately? Let us know in the community forum.