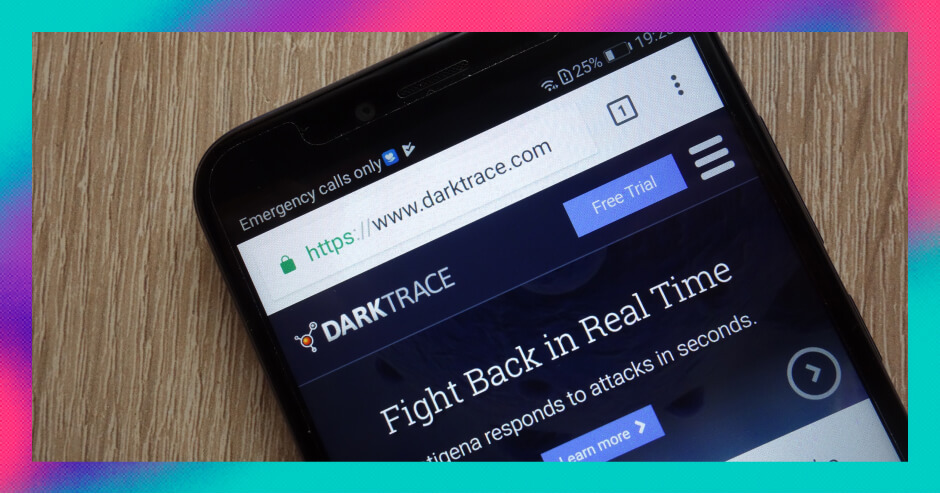 Darktrace looks set to be the next big name UK firm to list on the London Stock Exchange.

Assuming all goes to plan, the cybersecurity company will hold its initial public offering (IPO) later this month, with a valuation of around $5bn.

The firm is one of the UK’s few tech success stories and is part of a small wave of listings we’ve seen in London since the start of the year.

Like all companies, the firm has its pros and cons and looking at those can give you some idea as to how well its listing is going to be received.

Perhaps the biggest drag on the IPO thus far, at least according to the press, has been the Deliveroo debacle.

The takeout company’s listing at the end of last month was disastrous. Its shares fell substantially on their first day of trading and haven’t recovered since.

That this has been welcomed with a certain glee in many sections of the press and financial industry seems to validate claims the UK is hostile to tech.

And the logic seems to be that this hostility will make life hard for Darktrace too.

But even if there is an element of truth to this, it’s worth remembering these are fundamentally different companies.

Deliveroo helps you order food from a restaurant. Darktrace makes software that stops people from hacking your computer. And yet both are put in the ‘tech’ bucket.

This seems a bit silly. With few exceptions, every company worth its salt today is ramping up its digital offering.

Domino’s Pizza, for example, has a great technology stack. Would it really make sense to call it a ‘tech’ company if it was listing today? Definitely not.

As such, it’s hard to see why investors would look at the Deliveroo IPO and see it as having a substantial connection to Darktrace.

Beyond the increasingly meaningless ‘tech’ label that’s been slapped on both of them, the two companies have little in common.

If major investors are buying shares in either company solely based on that label then we should probably be more concerned about their stock picking abilities than the companies’ prospects.

Having said that, one thing Deliveroo and Darktrace do have in common is their loss-making credentials.

But the company’s growth does seem positive and the tightening of that loss-making gap may make it a more attractive proposition for investors.

During that time the firm also managed to grow its customer numbers by 52% on an annual basis, from 1,659 to 3,858. Most of those clients — 99.5% of them — pay via a subscription, something investors like as it can provide more predictability than one-off payments.

One potential red flag with all of this is the amount Darktrace spends on sales and marketing versus technology. Last year the firm spent $163m on sales and only $12m on research and development.

You could look at this in two ways. On the one hand it may be a sign there’s more bluster than substance to the company’s tech.

On the other, to deliver the sort of rapid growth investors want to see, you need to spend a lot on marketing and sales. And that seems to be working for the company given the figures we’ve already mentioned.

In short, there does seem to be a solid growth trajectory at Darktrace and one you could see leading to profitability.  When and how that will happen is up in the air.

Something else that seems to be putting off prospective investors is Darktrace’s connection to Mike Lynch.

Lynch is not the most famous guy in the world but he’s well known in the UK tech scene as the founder of Autonomy, a software company.

The company alleged that Lynch, along with several other Autonomy executives, had committed fraud by cooking the company’s books and exaggerating the efficacy of its technology.

That dispute is still ongoing and Lynch is facing the prospect of being extradited to the US to face fraud charges there.

This is relevant to Darktrace because Lynch was an early investor in the company. He still owns about 20% of the business through his investment firm, Invoke Capital, and has received multi-million pound fees for providing advisory services to the cybersecurity company.

Unlike Lynch, Hussain was extradited to the US and is serving a five year prison sentence after being convicted of fraud.

The problem here for Darktrace is mainly reputational. If a major investor and advisor has committed fraud, then who’s to say Darktrace isn’t also exaggerating its technological capabilities as Autonomy may have done in the past?

It could also make it hard to do business with other companies because of that lack of trust, although, to be fair, the firm’s customer growth thus far would suggest that hasn’t been a problem.

From an investment point of view, it will probably make shareholders extra cautious about the company’s finances. If Darktrace ends up with Autonomy-like accounting practices then people are going to be heading for the exit very quickly.

Of course, this may all be completely unfair to Darktrace. The company is its own business and it may be the case that Lynch’s influence has been minimal.