Deliveroo IPO: what you need to know 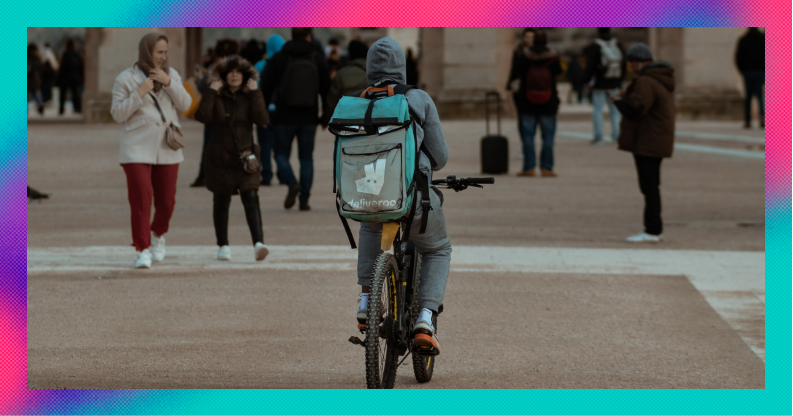 What’s in store for investors?

A flurry of new investors and markets rewarding companies benefiting from lockdowns might just be two reasons behind Deliveroo’s decision to go public this month.

The bags’n’bikes food delivery firm is at peak popularity thanks to us all eating in to help out especially since last summer.

Its proposed initial public offering (IPO) might turn out to be quite well-timed, with listing-hungry investors already lifting the value of new market entrants Bumble, Moonpig, Dr Martens and a host of SPACs in 2021.

So, what’s the story behind Deliveroo so far and how does it stack up against its sector competitors?

In case you aren’t a regular user or are getting confused as to just what all these delivery propositions offer, here’s a quick profile.

Deliveroo partners with restaurants (quite a few of whom didn’t offer delivery beforehand), handles payment and gets the food to customers’ doors through its fleets of bicycle couriers stationed nearby.

It has managed to partner up with more than 80,000 restaurants so far, creating over 60,000 jobs in the process and serving customers in the UK, Ireland, France, the Netherlands, Belgium, Spain, Italy, UAE, Kuwait, Singapore, Hong Kong, Taiwan and Australia.

The company has been around since 2013. It might seem fairly ubiquitous now but it’s worth remembering how shaky the foundations were for the burgeoning delivery disruptors at the beginning.

Firms like Take Eat Easy burnt out quickly leaving the rest of the sector battling low margins and loss-making models, focusing on expanding fast enough to dominate the competition.

But, just as early investors might have been getting nervous at the prospect of getting into the black, Deliveroo offered a bit of much-needed positivity. Chief exec Will Shu recently announced the firm made an operating profit in the second half of 2020.

That profitability has been a result of the proposition coming into its own over the pandemic. But the seeds of that performance were planted long before talk of an IPO.

Deliveroo now has partnerships with some big names in UK food retailing including M&S, Sainsbury’s, Morrison’s, Waitrose and Aldi. The firm now makes around a tenth of its UK revenues through these tie-ups, which have been key to helping business double over the past year.

Despite growing its market value to nearly £500m by 2015, Deliveroo’s high costs and capital-intensive expansion efforts weighed heavily on profits.

Leading up to the pandemic, the company posted revenues of £476m in 2019 but initial lockdowns last year meant layoffs totalling 15% of the workforce. The same year, Amazon came in with a £459m funding round, prompting analysts to update their valuations from £1.6bn in 2018 to between £3bn and £4bn.

Now, with $180m coming from a January fund raise, the platform carries a value of over £5bn.

Who are Deliveroo’s competitors?

Deliveroo sits behind Just Eat and Uber Eats as the third largest food delivery app in the UK. But, something that sets Deliveroo apart is Deliveroo Editions. This is the company’s solution to providing restaurant food to customers who might be out of a kitchen’s catchment area.

The novel approach is based on pop-up outposts which prepare the same restaurant food but in a satellite school-mobile type kitchen. It increases a restaurant's delivery range but there has been some controversy around whether customers know their food isn’t coming from the actual restaurant itself.

In terms of the wider sector, as we’ve said, competition is still fierce. And as the bigger firms grow, so does the opportunity to buy out smaller players and their distribution networks. The end goal here is to increase firms’ economies of scale.

Just Eat Takeaway and Uber have made their consolidation intentions known, with the former snapping up US food delivery company GrubHub for £5.8bn, and the latter shelling out over £2bn for Postmates.

Deliveroo hasn’t entered the US market yet. A listing might just allow it to join the party but

When can I buy Deliveroo shares?

It’s looking more and more likely that March will be the month Deliveroo becomes available for investors on public markets to snap up its shares.

But, as with any IPO, there might be a delay between the initial listing and the shares coming to the secondary market.

We’ll keep up to date as it all progresses. In the meantime, have a read on why IPO shares aren’t always immediately available as soon as the market opens.

Build your financial knowledge and be in a better position to grow your wealth. We offer a wide range of financial content and guides to help you get the insight you need. Learn how to invest in stocks if you are a beginner, how to make the most of your savings with ISA rules or how much you need to save for retirement.