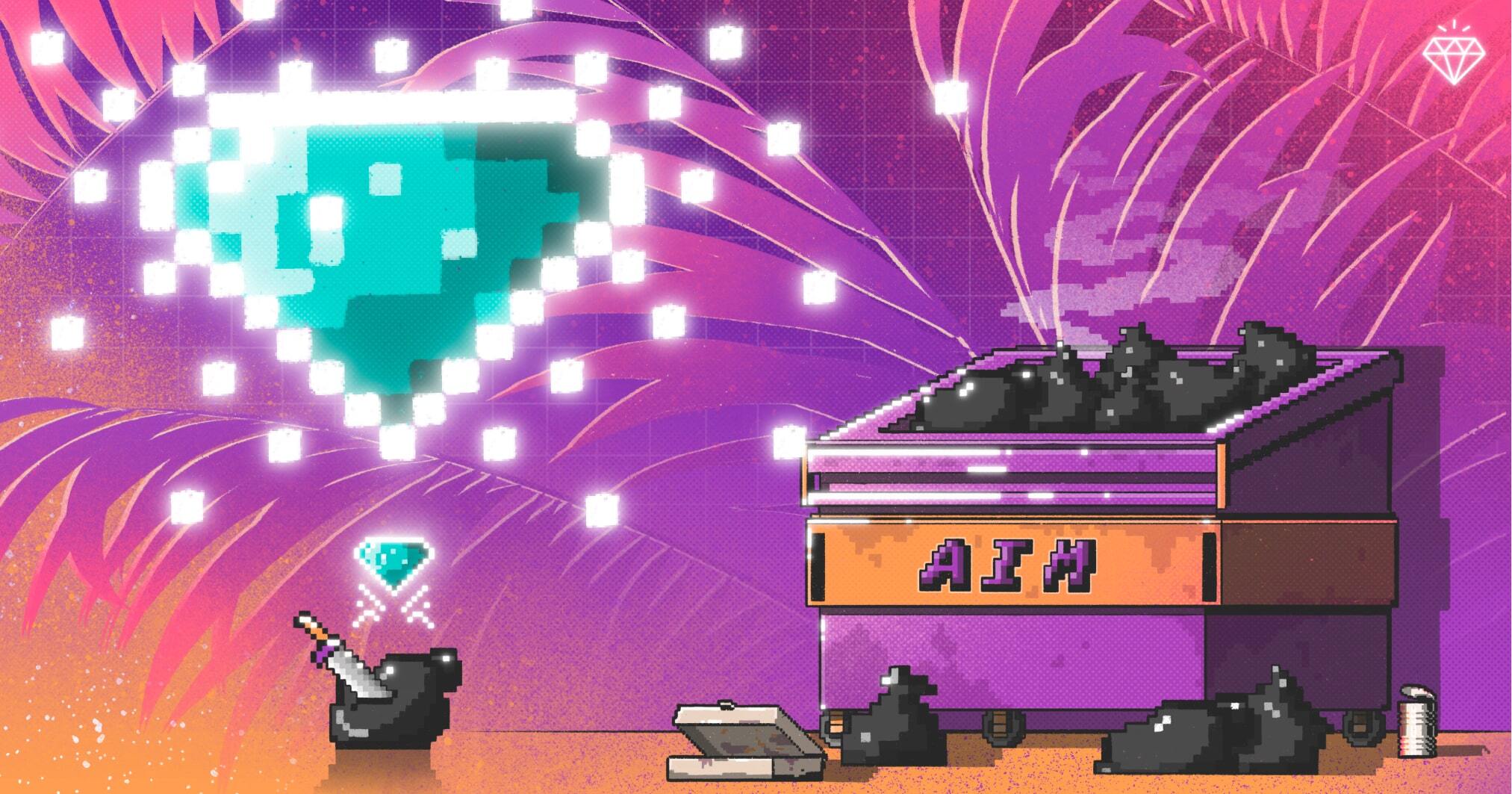 The smallest firms can give the biggest headaches.

Younger siblings are a pain. I said it.

But before my inbox feels the wrath of every final child in the country, there is an asterisk.

When they grow up even just a little bit they have the potential to become a fierce and loyal friend. Mine certainly did.

And it’s that tipping point into maturity that all small cap investors will be all too familiar with. When a company finds its feet and comes out of its moody adolescence, the resultant growth can be a thing of sheer beauty.

That’s assuming it’s just a matter of time until it happens though. And if you have friends like mine, you’ll know all the time in the world wouldn’t necessarily make that transition a sure thing.

The task for investors then, is how to sort the wheat from the chaff early on. Doing it later is fairly easy but by then a lot of those gains and losses have been made. Hence how black and white it is. Hindsight gives an annoyingly accurate perspective.

But, having a look at some of the AIM success stories and basket cases over the years, as well as the development of the index itself, can give us a few clear attributes to look for in those smallest of UK-listed firms.

Our little index is all grown up

Taking the time to chart how the AIM index itself has changed gives us a good insight into the development of the companies on it.

Launched in 1995 as London’s junior market, AIM started out with 10 companies valued at £82m. Today, it’s home to around 850 companies with a combined market cap of £104bn, so says the London Stock Exchange.

It hasn’t all been a smooth journey to where it is today though. Young and small companies initially flocked to the index because of its lighter-touch regulation and reporting requirements. When you’re starting out, a main market listing can feel quite intimidating and costly.

But allowing that less strenuous entry to the public markets comes with drawbacks of its own. That became immediately obvious after the financial crisis in 2008, when investors decided they’d seen enough of what a cavalier attitude to market risks can give, and demanded higher quality, even among the market minnows.

The result was that a raft of firms disappeared from AIM due to recently-burnt investors shunning what they saw as the most speculative and unsustainable opportunities.

The number of stocks on the index fell from 1,700 in 2007 to less than 1,000 soon after but that meant investors were much more comfortable with what was left. Inflows increased and the value of the index soared over the next few years.

And it’s that hike in overall quality that means investors are now willing to dive into a few dumpsters in search of the smallest overlooked or unloved market gems.

Making that an even more enticing prospect is the fact that a lot of firms on AIM are too young, too unproven, too illiquid or too risky for big funds to look at.

Sign up to Honey, our free weekday investing newsletter

Every firm will have at least one bod covering Apple or Astrazeneca so you tend to get pretty efficient interpretations of their value and reasonable consensus around price expectations.

With fewer mainstream equity analysts delving into AIM firms’ accounts, the opportunities to spot where a firm has been mispriced can be huge.

That chance to identify something the broader market hasn’t is what keeps AIM investors coming back for more.

So, that’s the index itself. But the nature of such a diverse group of misfits is that it can be hard to spot a singular trait among the rockstars leading the way.

Boohoo, ASOS and Fever-Tree are the favourite students with their pictures in the hallways as apparent motivation for other pupils. They get a lot of attention because of the relative ease with which investors can understand their models and their place in the market.

When they sprung up, the fast fashion houses offered nimble, capital-light operations where the traditional industry was frumpy, sluggish, with fledgling online platforms and portfolios of expensive high street real estate.

Fever-Tree capitalised on the gin boom, prompted by a relaxation in the legal minimum quantity distillers had to produce, and offered a premium product where there wasn’t one.

For both, timing and innovation were key.

But there’s a difficulty in just stopping there - not all business models are immediately obvious and, looking down the AIM index, you’d be forgiven for not recognising a single name, let alone taking a stab at what they do.

Digging into a few of the more obscure firms attracting investor interest over the past few years highlights some key metrics that AIM investors should keep in mind.

A good example here is Clinigen.

The 14 year-old pharma group offers services to other healthcare firms and makes some of its own drugs.

A draw for investors has been its ability to generate a chunky amount of cash from sales.

Having sat on a £27.8m cash pile in 2016, it hit £143m in 2020. This tends to mean more to AIM investors than main market fans, as smaller businesses running out of cash quickly is a much more prevalent fear than with big conglomerates.

Clinigen’s past year has offered a textbook case study in the psychology of the AIM investor.

Its kidney cancer treatment Proleukin had become a real profit-centre prior to the pandemic. But, with the healthcare industry having to tackle the virus, spending on cancer drugs and therapies waned.

The inevitable happened and Clinigen reduced its earnings to £114m-£117m for 2021, around 12% less than the market was expecting.

Shares fell off a cliff but seemingly that only made the firm’s ability to generate cold hard cash even more attractive to private equity firm Triton.

An offer from the group is reportedly in the wings and has boosted Clinigen’s value above £1bn this week.

The point here is that the mispricing we mentioned earlier can reveal real value if short-term swings don’t reflect a firm’s demonstrable ability to consistently turn profits into pictures of the Queen’s head.

Cash might not be the most useful thing to have sitting there but boy does it settle a few nerves.

Another measure to look out for is the profit margin a company makes on its products and, crucially, what would happen if its costs suddenly went up.

Fever-Tree’s not a bad example here - a 30% operating margin (once you strip out the cost of production) is high by industry standards and held up over the pandemic when that of other drinks makers like Nichols dropped from 22% to 5%. Resilience from an early age is particularly attractive.

And then there’s what a firm does with the profits it makes. Is it good at putting money back into the business and producing an even bigger return? Or, like Tesco’s foray into Asia, is there a pattern of actually losing money on new ventures?

Fund managers hell-bent on growth often look for a return on capital employed (ROCE) figure above 20% to get them interested. That means for every £1 a company reinvests in itself, it spits out £1.20.

Vape and sports nutrition wholesaler Supreme (not the hypebeast skate brand) carries a huge ROCE of 45% and 65% from 2019 and 2020, according to Stockopedia.

IPOing in February 2021, it’s still extremely early in its listed life and there’s no guarantee that this will continue but that measure will undoubtedly prompt a few investors to dig a bit deeper.

Unfortunately, there are a number of underperformers to learn from too. A lot of the best ‘teachers’ in this sense come from the mining sector.

Small resource, metal and energy miners often come across as scavengers, only arriving on sites after the world’s big drillers have left. Either that or they’re firmly in exploration mode and it really is a toss up whether they’ll strike, well, gold or not.

That can mean seemingly endless periods of no money coming in, constant hopes of jam tomorrow and issuing shares just to keep the whole operation alive.

What investors really want to avoid is a cycle of raising money to fund the search for the likes of gas reservoirs (and to pay executive salaries) with nothing to show for it. Profits can be hard to come by in some corners of AIM but investors have to be wary where there aren’t even revenues yet either.

So, what are the takeaways?