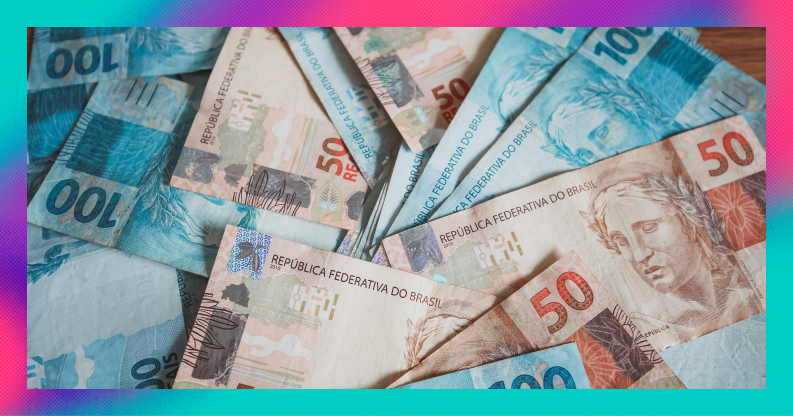 Langbar International’s infamous story serves as a reminder that we have to make sure we’re looking out for our own interests.

Anyone who’s seen The Gatekeepers documentary may remember ex-navy commander Ami Ayalon describing his childhood ideas about how the government functioned.

He imagined a building in the capital city with a long corridor, at the end of which sat an old man who thought a lot and made all the country’s important decisions.

Later in life Ayalon went to said building and, recalling those childish fancies, realised there was no door or old man making decisions for him.

Simple though this may seem, this manner of thinking is actually something that infects the financial markets (and other areas of life) all the time.

The allure of money, crisp suits, and verbally dexterous finance dudes all give the impression you’re in safe hands and that the people at the top have your best interests at heart.

Sometimes this is true. A lot of the time it’s not.

For an example of the latter, look no further than the infamous case of Langbar International.

This fabled company started life on the London Stock Exchange’s Alternative Investment Market (AIM) all the way back in 2003.

Originally known as Crown Corporation, the company was founded in the same year and was registered in Bermuda.

The firm was a bit like one of the many special purpose acquisition companies (SPACs) we’ve seen listing over the past couple of years.

Rather than having any meaningful operations, it claimed it was a cash shell and would be using the funds it raised to invest in underperforming businesses, improve them, and then sell them on.

The firm initially faced rather a big problem, namely that no one believed they actually had any money.

When they listed, the majority of their shares were ‘purchased’ by a company called Lambert Financial. Lambert claimed they would invest a total of $570m in the fund.

Of that amount, $275m was purportedly sitting in a Banco de Brasil account under a certificate of deposit — a financial product that lets you earn a fixed rate of interest from a bank, providing you leave your cash with them for a set period of time.

The remaining $295m would come at some other point from other sources.

And if that sounds vague it’s because it was very vague. There wasn’t really any clarity on when it would be delivered or where it was coming from

Other investors behaved in much the same way. For instance, Crown Corp’s chairman and company director Mariusz Rybak subscribed to the company’s initial public offering, meaning he was supposed to buy shares in the group.

But even though he received the shares, he never paid for them. The result of this was a lot of rather shady investors receiving over 41m Crown Corp shares and seemingly paying nothing in return.

Despite all of this, the company continued to make lots of positive announcements about its future prospects after it listed on AIM.

One day it announced it was in the process of securing a $600m waste management contract in Argentina. This would have been the largest contract ever awarded in the Latin American country but somehow it failed to make the local press.

There followed other claims about real estate investments in Spain and another about what would have been one of the largest gold mines in the world. Another potential investment was touted in the Russian natural gas industry.

But none of these announcements made much of a splash on Crown Corp’s share price because there were still so many doubts about its own financial position.

This changed in 2005 when a man named Stuart Pearson joined the company as CEO.

Pearson had been a partner at accountancy firm Baker Tilly until 2004, when he left to set up his own advisory business, Langbar Capital.

He seems to have had some dealings with Crown Corp once he launched Langbar but In 2005 he went further and merged with the AIM firm, receiving shares in return. Crown Corp then changed its name to Langbar International.

Not long afterwards, Pearson travelled to Brazil with Avi Arad, the CEO of Lambert Financial, to try and establish the truth of the claims being made about the Brazilian certificate of deposit.

Arad’s own CV probably should’ve raised some eyebrows. He said he’d completed university degrees in maths and physics by the age of 14 and then to have been a bio-terrorism expert and advisor to Israel’s prime minister, claims later found to have been lifted from other people’s resumes

In Brazil, Arad took Pearson to the Banco de Brasil offices only for them to be notified of a bomb scare in the building. Eager to protect him, the executives took Pearson to a different office to show him the certificate of deposit.

Much like Neville Chamberlain returning from Munich in 1938, Pearson soon flew back to the UK gleefully waving the documents and telling investors that the certificate of deposit was the real deal and the funds could be transferred to Dutch bank ABN AMRO.

Probably because he was seen as a reliable source of information, Langbar’s shares soared, having previously traded at a heavy discount to their alleged cash value.

It wasn’t small time investors driving this either. Merrill Lynch, Gartmore, and Henderson (now Janus Henderson) all piled in. As they were doing that, both Arad and Rybak began dumping all of their shares.

It soon emerged that Banco de Brasil had no record of the funds Lambert claimed it kept with them. It was all phoney. The bomb scare was fake and the executives Pearson had met were fraudsters.

The whole thing was basically a pump and dump scheme. Arad and Rybak got the shares for nothing, the hype around the money drove them up in value, and they then sold their holdings for real cash.

Don't get taken for a ride

The scandal led to investors losing somewhere in the region of £100m. Arad died in 2008 of a heart attack, with none of the money he made returned to investors.

Rybak, who was based in Monaco, was forced to pay back some of the money, but not enough to cover all of the losses.

The only person to really face any meaningful charges was Pearson, who was sentenced to a year in prison for fraud. Even now it’s not clear if he was genuinely malicious or was used as a patsy by the other people involved in the scheme.

It’s often easy to look back in hindsight and say that you’d have behaved differently but in this case it seemed so clear that something seriously fishy was going on.

And that brings us back to Ayalon’s story.

Long after The Gatekeepers came out, he wrote a book where he revealed the director of the film had cut out half of what he said, which actually contained the point he was trying to make.

“For most people it’s a very, very sad moment when you realise nobody was behind the door,” he’d added. “For me it was like I suddenly saw the light. I realised the simple concept of democracy. It is me who needs to take responsibility. I am responsible.”

To translate that into more banal investment terms, Langbar’s story should serve as a reminder that we should trust a lot of our gut instincts and beliefs.

Don’t expect guys in flashy suits or people using highfalutin language to always be telling the truth or have your best interest at heart.

That’s not to say you should be a paranoid wreck, distrusting everything you're told. But if something seems like it isn’t right, there’s a good chance it isn’t.

It’s a wild world out there and the odds are another Langbar-esque firm will appear on the scene at some point. Just make sure you aren’t caught out by them.

What’s the point of a stock split?