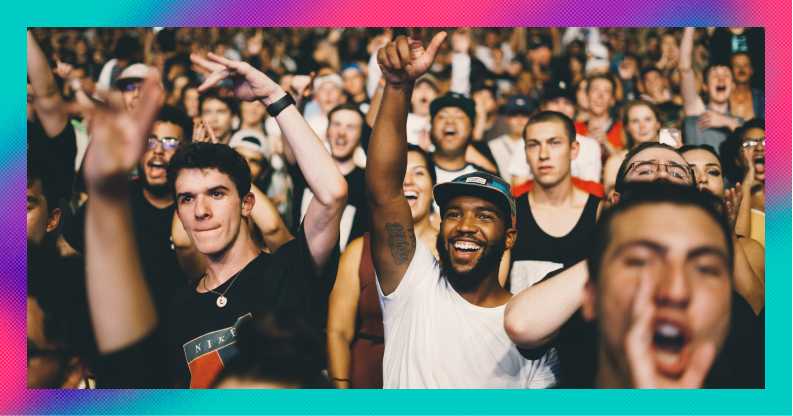 Will 21 June be the catalyst for UK companies?

There’s light at the end of the tunnel and, all being well, we’ll be dancing to Mike Skinner in the park come the tail end of June.

But when the country opens up again, will you go completely back to normal? Maybe working from home actually suits you now. Maybe being on first-name terms with the Amazon delivery person beats heading into town. Or maybe you can’t wait to wipe the past year’s indoor restrictions from your memory.

Investors are asking themselves similar questions. Which sectors are poised for a strong recovery and which have been changed irreversibly? Ultimately we won’t find out until long after 21 June but there are some early signs of what could come next.

Here are five sectors hoping for a quick recovery once the UK economy reopens along with five shares typifying the theme.

This isn’t personal investment advice, these examples are just illustrations so they shouldn’t be read as recommendations in any shape or form. You should always do your own investment research or seek independent financial advice if you need to.

A quick retail recap of the past year would probably include online players ASOS and Boohoo ruling the roost and everyone scavenging among the wreckages of Debenhams and Arcadia.

If you didn’t have a strong online offering, this has been a battle for survival.

Associated British Foods (ABF) is something of an oddball in all of this though.

ABF owns a stable of British brands like Kingsmill, Silver Spoon and Twinings but its big money spinner in recent years has been Primark.

Its no frills ‘rack ‘em high and sell ‘em cheap’ strategy is well known but its reliance on foot traffic meant swallowing a £1.1bn hit to sales from store closures.

News like this has unfortunately been quite common in the broader retail sector but rather than collapse or become a takeover target, Primark’s ABF siblings have picked up the slack.

The tea and toast brigade seems to have stemmed the tide for now and, with lockdowns almost over, the baton could well be passed back to Primark.

The fast fashion brand also has one less battle to fight when the economy opens up again. There may well be a price war as high street firms scramble to claw back all those missed earnings from old stock. But no-one expects Primark to have a sale.

And that has been a draw for investors long before the pandemic. Earnings resilience in more normal times is backed up by very clear public expectations and little need to bend over backwards to please customers.

We’ll see if that’s one element that springs back or if shoppers with pent-up savings are lured into slightly more expensive stores.

We’ve been more On The Sofa than On The Beach over the past year but there are a few tailwinds for the travel sector now that holidays look possible again.

Our ability to jet off into the sun will still depend on restrictions in our destination of choice but that hasn’t stopped us putting trips in the diary.

Since the route out of lockdown was announced, holiday companies have reported a huge uptick in bookings. Tui said its holiday bookings leapt up 500% after the prime minister laid out his unlockdown plans.

Firms like On The Beach stand to benefit from that as these models revolve around package holidays, not general travel. Airlines will still have to deal with reduced business flights as companies realise they can cut costs with Zoom calls instead.

There may well be companies desperate for face-to-face discussions but focusing on package deals means On The Beach doesn’t even have to think about how that plays out.

Another advantage could be bargaining power. Package holiday providers could feasibly negotiate with partner hotels and airlines depending on the sort of scale and security of bookings they can bring.

Everyone involved in the holiday industry will be eager to make the most of this summer, and that keenness, verging on desperation, could offer up some good deals for the operators.

A superficial assumption among hopeful investors might be that drinks producers will boom as soon as we’re allowed into pubs again. It might play out that way but recent updates from Guinness-owner Diageo and posh tonic-maker Fever-Tree give the narrative a bit more nuance.

The first thing to highlight is the extent to which a UK boost could help the big names in beverages.

Their headline products might be ubiquitous in UK bars and restaurants but the US has been the big hunting ground, especially for growth-hungry Fever-Tree.

At the start of 2021, Fever-Tree reported a 23% increase in overall revenue in the US compared to a fall of 22% in the UK division. American drinkers like their dark spirits and dark mixers, so the firm is making a big effort to steal market share in the cola and ginger ale categories.

Given the sheer scale of the US market, this is likely to have a greater impact on the bottom line over the long term than anything the UK can muster.

That’s not to discount the UK completely though. Pent-up savings among consumers could mean they trade up and go for premium products when restrictions end.

Fever-Tree has worked hard to become a household name in the UK. The firm’s aim will be to at least bring trading back in line with pre-pandemic levels here and maybe even benefit from that short-term uptick in our preference for the premium.

But the real test will be the same one we’ve been watching for a few years now - how well the brand can penetrate the US.

It’s been a gruelling year for the nation’s restaurants. Eat Out to Help Out seems a long time ago and, for some, its benefits will now look like a drop in the ocean.

Wagamama-owner Restaurant Group hasn’t been immune to the industry’s tribulations but investors have been increasingly interested in its prospects since the end of October.

Shares might have got the wind knocked out of them by new lockdowns late last year but, unlike a lot of other covid casualties, it managed to sit around that new level and has jumped higher in 2021.

Overall, it’s been a tough road back since lows last March but shares are gathering momentum as freedom gets closer.

Before the virus struck, the mid-tier dining sector had attracted criticism for over expanding and trying to stuff every high street full of pizza and pasta.

But the pandemic pain has masked those concerns. Importantly, if we do get a recovery in 2021, the tide won’t lift all ships equally and those problems will still be waiting for firms struggling to turn a profit from a huge restaurant portfolio.

Investors are clearly looking at which firms have the stamina to last during these leaner periods and come out the other end fighting.

With that end now in sight, those town centre Wagamamas and cinema-adjacent Frankie & Benny’s sites are back on the radars of investors and consumers alike.

Streaming services like Netflix were some of the only ways we could entertain ourselves last year. If the end of lockdown unleashes a demand for real life experiences with friends, firms like Escape Hunt could benefit.

The escape room operator hasn’t just been hunkering down and hoping for the best, it’s been using lockdown strategically.

It has added eight new sites through building and acquisition, launched a play-at-home digital model and has enjoyed brief upticks in visitor numbers between lockdowns in 2020.

Investors should still carry a sackful of caution with firms directly linked to consumers’ attitude to spending but if getting out and about is a feature of lockdown ending, leisure facilities like this could do well.

Keep more of your investment gains with a tax-efficient savings and investment account. With a stocks and shares ISA or Freetrade personal pension, you control where your money is invested while benefiting from tax advantages. To help you get started, we’ve written an ISA explainer and a guide to how SIPP pensions work.