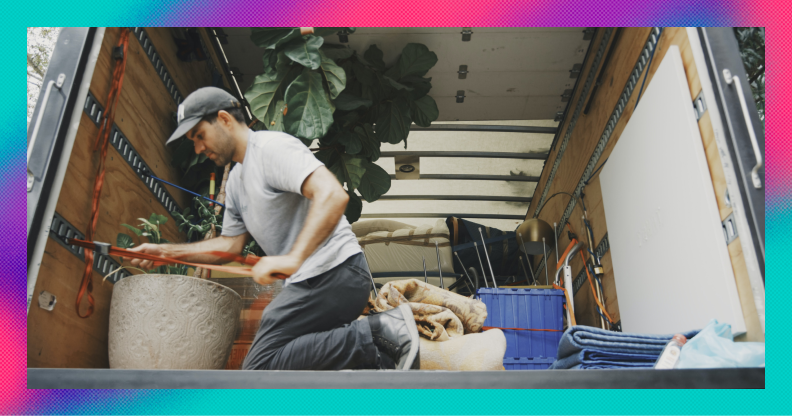 Record visits fail to lift profits for the online portal.

A record number of site visitors failed to lift full year profits at Rightmove in 2020.

The online portal reported its busiest month in July, eclipsing its previous highs in February 2020 by some margin. July had the most platform sales for ten years.

Visits to the Rightmove website rose by 31% to 2.1bn over the year, with house hunters spending 15.9bn minutes flicking through listings, up from 12.1bn 2019.

But all that site scrolling didn’t translate into a bigger bottom line. This morning the firm reported a drop in revenues to £205.7m, down from £289.3m a year earlier.

A site for sore eyes?

The boost to site traffic will encourage investors, that’s Rightmove’s bread and butter after all. But it might be one of the only aspects to cheer them up today.

The worrying thing is that, even with all of the tailwinds in stamp duty holidays and the record site visits, the shares still aren’t back above those pre-pandemic highs.

The Rightmove platform has actually gone on to beat those figures again since year end, recording over 8.5m website visits on Wednesday 17 February. But does the market care? It doesn’t look like it.

Shares have laboured higher since lows last March and are down over the past six months.

It might seem unfair to compare today with the share price before the pandemic really kicked in, in the UK, but US cousin Zillow has more than managed to shoot the lights out since then.

The lion’s share of the US outperformance of UK equities even pre-pandemic was thanks to their tech leaders, and investors steering clear of the UK with the Brexit storyline seeming so uncertain.

And the gross domestic product (GDP) hit favoured the US initially too, with figures over the Atlantic stumbling nearly 10% in the second quarter of 2020 and the UK down 20%. That made the latter the worst impacted among major Western peers.

But, while factors like Brexit might have weighed on the UK market’s ability to snap back from March lows, the housing sector and portals like Rightmove have had some major tailwinds to get them back on track.

UK house prices growing well until recently, transactions rising and pent-up demand coming through in bursts had the potential to give Rightmove a real boost.

And, given that US buyers didn’t even have the incentive of a stamp duty holiday or Help to Buy deadline to jump on, investors might just be disappointed with Rightmove’s share price performance over the past year.

That’s something that is likely to interest Simon Barnard, manager of the £2.4bn Smithson investment trust, part of the Fundsmith stable of portfolios.

Rightmove is currently the second largest holding in the Smithson trust, which seeks out companies that “have already won in their niche or marketplace.”

Barnard explains its inclusion in the trust, “We’ve all heard of Rightmove. The reason we like it is the incredibly strong network effect between all of the properties that estate agents hold in the UK on the one side, and all of the house hunters that are looking on Rightmove on the other.

“They are the only website that has all of both of those. When you look at Zoopla, OnTheMarket and others they simply don’t have that mass, and so the most obvious place to go is always Rightmove. That’s why they have the highest pricing power and the best growth over time.”

But there’s a risk that complacency is setting in here at Rightmove. It pretty much has the online portal sector sewn up for now but if it can’t turn record website hits into profits, is that a sign the model is getting a bit bloated?

It may now have over 1m UK residential properties advertised on its site, more than anyone else, buts its membership numbers are down 3% and Average Revenue Per Advertiser (ARPA) is down 28% to £778 per month.

What’s next for Rightmove and the housing market?

Among those planning to sell this year in the UK, 29% are waiting until later in 2021 according to research from Rightmove.

Of the cohort choosing to wait, 22% plan to sell when lockdown ends and 24% want to know if the stamp duty holiday will be extended before deciding what to do.

That could be cleared up next week in the Chancellor’s Budget on Wednesday. Stamp duty looks like it's getting an extra holiday, which might mean a few of us might forgo ours this summer and use those pent-up savings to scour Rightmove a bit more.

Under the current rules, which currently run until the end of March, the stamp duty threshold has been raised from £125,000 to £500,000 on property sales in England and Northern Ireland. In Scotland and Wales it has been raised to £250,000. Recent reports suggest Rishi Sunak will announce that the deadline of 31 March has been pushed back to the end of June.

For investors, one of the big takeaways should be to keep any eye on the market leaders even if they think they’re untouchable. An extremely supportive environment for Rightmove in 2020 hasn’t translated into better business performance, despite its scale and apparent dominance.

Offering discounts to estate agents to help them through the Covid crisis is one thing but not capitalising on your core function of turning views into profits, is quite another.

An ARPA of £1,103 in December 2020 versus £1,083 last year looks promising. But it clearly needs to hit the bottom line before investors take another look.

What do you think of Rightmove? Let us know on the community forum: