How to invest during times of inflation 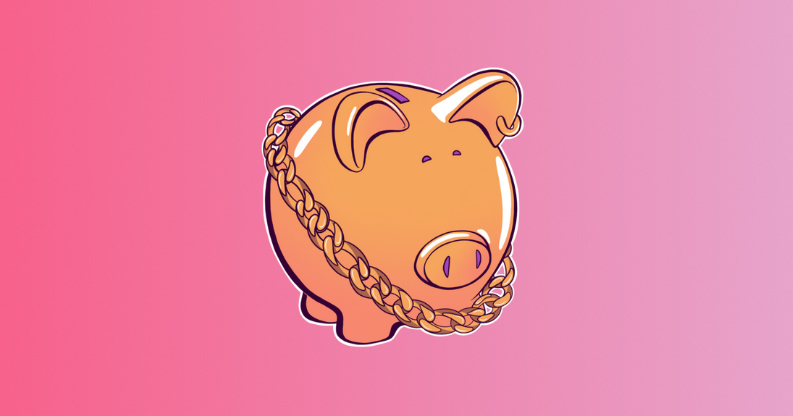 What investors need to look for during periods of inflation.

Having doused the world with money over the last 15 years to put out the flames of two supposedly ‘once in a lifetime’ crises (the financial crisis in 2008 and the pandemic) it’s crunch time for central bankers.

2022 has already witnessed price rises that we haven’t seen in a long time, and the end isn’t in sight just yet. The Bank of England expects UK inflation could hit 8% over the next few months, the highest rate for over three decades.

Unsurprisingly, J-Pow, Andy Bailey and co. have been jolted into action.

This month, the Bank of England and the US Federal Reserve raised rates by 0.25%, to 0.75% and 0.5% respectively, with both also warning of future rate rises to follow.

So, with rates and inflation likely to be part of the narrative for a while yet, it makes sense to think through what inflation means for companies and how to keep our eyes peeled for inflation-proof investment ideas.

Pricing power has always been in the stock pickers’ bible but in reality, it’s actually much harder to find than the commentators and tipsters might imply.

Put simply, when companies have pricing power, they can pass on increases in their own costs to their customers without sacrificing profit margins.

Being able to pass on higher costs is hugely important in today's supply-constrained global markets, where input cost pressure is higher than it has been in decades.

The purest type of pricing power exists when companies are able to raise prices during good or bad economic times, without losing many customers.

Often when a company is able to raise prices consistently, it’s because it enjoys a strong barrier to entry, something Warren Buffett calls a ‘moat’.

Moats take many shapes and forms, depending on which sector or business you’re looking at.

For consumer-facing industries, they exist in companies that have strong brands like Coca-Cola, or Louis Vuitton owner LVMH. Both these businesses enjoy customer loyalty, which can mean they’re able to raise prices without a meaningful drop-off in demand. If Coke gets a few pennies dearer, its fans are unlikely to immediately hop to Pepsi instead.

In the industrial sector, moats are often found where a company enjoys a strong market share in an industry characterised by lots of customers and suppliers.

The theory here is that if you have scale in a world where others don’t, you have more bargaining power when it comes to pricing discussions.

This could mean you’re able to resist price rises from suppliers (after all you could move suppliers if you wanted). Or on the other side, you can raise prices without pushback because your customer doesn’t have a lot of negotiating power.

This industry structure looks even better if a company operating in the middle of the supply chain enjoys scale and limited competition.

A stock with pricing power - Coca-Cola

Coca-Cola is an interesting example. Few people would doubt that Coke has a strong brand. It’s found in every corner of the world and has been around since the 19th century.

For most of the last decade, the company focused on volume growth. This led to a boom in brands under the Coke umbrella and an organisation that seemed complex and lacking in focus.

Consequently, the stock price has underperformed the S&P 500 for most of the last 10 years.

In other words, selling things at higher prices, not just more of them.

This is only made possible because of a powerful brand. A brand that the company has spent many tens of billions of dollars and decades to build.

The pivot is now evident in the company’s financial performance. For the first time since the mid-2000s margins are growing.

It’s also interesting to see that investors are feeling comforted by Coke's pricing power. The stock has had a strong start to 2022 as inflation fears are front and centre of investors’ minds.

Real pricing power or pass along?

When you’re trying to find pricing power there are some red flags to watch for.

Ask yourself whether a company is within an industry characterised by commodity-like products. In other words, are there lots of people selling the same thing without much scope for differentiation?

If there are, input cost rises can generally be passed along to customers in the short term but once the laws of supply and demand take hold (and they always do) sustained higher prices are unlikely to be an option.

Your customers may head to a competitor to buy the product more cheaply or you may have to reverse the price rises to stay in the game.

The key thing here is to take a step back and consider whether the pricing power a company appears to have is sustainable (will customers stick around even with higher prices?) and whether it enjoys a strong barrier to entry (or are there lots of similar companies offering the same thing?).

When Covid broke, professional investors launched into panicked balance sheet health checks on their holdings like never before.

The fear was that if a company facing a large profit drop also had a lot of debt, its ratio of debt to profit would balloon to levels that would make lenders uncomfortable.

In reality, this fear was overdone but the period as a whole served as a useful reminder that balance sheets should be a key part of any investor's research.

Fast forward to today and company indebtedness is likely to come back on the radar, but for a different reason.

Is all debt a problem?

It’s important to set the scene and specify that not all debt is an issue.

Borrowing is actually pretty normal and most public companies use debt to finance long term projects, for example.

The thing to keep asking is whether a company’s debt is appropriate and whether it will cause problems if circumstances change.

Company balance sheets are generally in good shape. But some businesses took on more debt during the pandemic to see them through.

For these companies, refinancing at higher rates now could be a drain on future profits.

Any refinancing risk will depend on the terms of company loans. More often than not, firms borrow over a number of years and interest rates are fixed. So there’s no immediate pressure on borrowing costs.

But some companies, especially those that took on added borrowing during the tough times, will have near-term refinancing requirements.

It’s always worth looking into the details to make sure there are no nasty debt surprises lurking.

When trying to assess whether a company’s debt is actually a problem investors should look for debt in relation to profit.

The profit number to use in this test is EBITDA (or profit before interest payments, tax, depreciation or amortisation).

When doing the comparison, a rule of thumb is a debt level (after netting out any cash on hand) that is three or four times the amount of profit (measured by EBITDA), is considered quite high.

This is the same idea as mortgage borrowing at multiples of our salaries. In mortgage land, we are able to borrow higher multiples of our after-tax salaries because, thankfully, our wages don’t vary to the same extent that company profits do and so mortgage companies see us as quite a low risk.

Some businesses are able to carry more debt due to their profit levels being relatively stable. Examples of stable businesses include utilities and telcos.

Stable businesses like these are also usually able to lock in borrowing rates for longer time periods, so are unlikely to face significant refinancing needs in the near term.

The logic here is that the lender feels fairly confident in the company’s consistent ability to deal with that debt.

As an example, look at a utility company like National Grid.

Tasked with keeping the lights on in the UK and beyond, demand for its product, electricity, should remain pretty stable.

This means revenues and profits are relatively assured and as a result, the company can borrow at low rates which are locked in for a long time.

The opposite is often true for highly cyclical businesses, which can face big swings in profitability. It's harder for them to lock in low rates for very long periods because future profit is less predictable and, as a result, so is their ability to repay debt.

The pandemic forced the company to borrow heavily as revenue went almost to zero for a short period. Because of the cyclical nature of the industry, lenders are generally not prepared to issue long-life loans.

In fact, the average length of Delta Airlines debt is less than five years, compared with National Grid which is over 11 years. So over the next five years, unless Delta can generate enough cash to pay off its debt, it will have to refinance some of its borrowings at potentially higher interest rates.

Of course, demand for travel might explode in the coming years but with net debt around five times the level of EBITDA, you can be sure that debt repayment is front of mind for management and investors alike.

Pricing power and being able to sustainably grow profits over time is key for most companies, so investors should look for evidence of these things regardless of the level of inflation.

When it comes to debt, it's the profile of the debt, a company's ability to borrow and refinance, and when it might face refinancing demands that’s more important than simply the presence of borrowing.

For more tips on how to invest during times of inflation and rising interest rates, check out our Invest Hub.

Holding cash could be dangerous