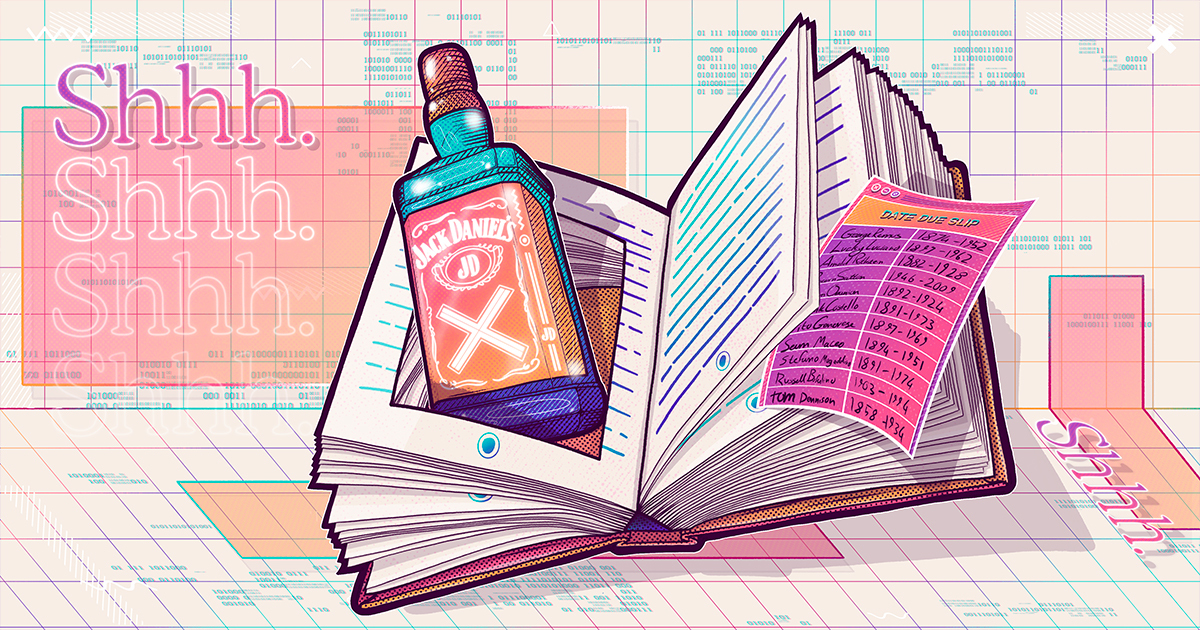 Brown-Forman has a long history and has been coveted by some top fund managers over the past couple of years.

Not many companies can say they’ve lasted 140 years, let alone a ten year period where their product was made illegal.

The Jack Daniels owner has been active since 1870 and has managed to survive prohibition, two world wars and numerous economic depressions.

The company didn’t actually acquire its most famous brand until the 1950s, meaning it’s a fairly recent acquisition by Brown-Forman standards.

The liquor business was started by a pharmacist called George Garvin Brown.

He managed to raise $5,500 (about $104,500 in today’s terms) and set up a business selling whisky in sealed glass bottles. His original product, called Old Forester, is still sold today.

You may be wondering what the big deal was. After all, you’d struggle to buy whiskey in anything but a glass bottle today.

But at the time, whiskey was usually sold in barrels. If you wanted to buy some from a shop, you’d have to fill up yourself or, if you were a big fan, buy a barrel of it.

For medical use only

The funny thing is Brown wasn’t trying to solve a problem for people who fancied something a bit heavier for their evening drink.

As we’ve seen, he was in the pharmaceuticals business and it was a ‘medical’ problem that he was hoping to fix.

At the time, certain spirits, along with other things like, oh I don’t know, cocaine and opium, were seen as serving a legitimate medicinal purpose.

This may seem a bit crazy but then it’s still something that happens today. This author’s mother used to ply her son with lemon and brandy when he had a cold. That happened to all of you as well, right?

Anyway, Brown’s job had been to sell barrels of whiskey to doctors. The thing is, whiskey, like other types of alcohol, changes when it's left in a barrel.

Doctors wanted their patients to have a specific percentage of alcohol but couldn’t guarantee it because of the way it was being stored.

Brown’s solution was to bottle and seal it at a fixed strength, so people would have the right fix of medicine.

Interestingly this was exactly the same problem Kanabo’s CEO said he was trying to solve when we spoke to him a couple of weeks ago. The more things change, the more they stay the same, eh?

Brown’s business took several twists and turns before he eventually partnered with his accountant, George Forman. Thus Brown-Forman was born in 1890.

The name may have changed but the business retained its medical roots. And these were played on by Brown to fight back against prohibitionists.

As we saw a couple of weeks ago with Coca Cola, prohibitionists were very active in the Southern US after the American Civil War finished in 1865, with the Woman's Christian Temperance Union leading the way.

Brown himself was a staunch anti-prohibitionist and even published a book in 1910 called The Holy Bible Repudiates "prohibition", a compilation of every biblical verse which supports the consumption of alcohol. It also has a 5/5 rating on Google Books, so it’s probably worth a read.

But as great as the book was, it couldn’t stop the puritanical impulses of our American friends. Prohibition was eventually made law in 1920 and the sale of alcohol was forbidden in the US.

What did help Brown-Forman was its marketing strategy. The company had always sold itself as a health product, not a recreational drink.

This meant the firm was one of only four distillers that was issued with a license to sell alcohol for medical purposes during prohibition.

Not only that but the whiskey maker was able to buy out one of its competitors, Early Times, in 1923. The company was hardly going to thrive during this time but it meant it could survive and emerge as one of the only large-scale booze businesses when prohibition ended in 1933.

The next big hurdle for Brown-Forman to overcome was the Second World War.

Once prohibition ended, the firm spent years rebranding itself as a bourbon maker and not a health product.

But its successes in doing so were almost immediately wiped out by the US joining the fight against the Nazis.

Whiskey production was limited and Brown-Forman was forced to reorganise its distilleries so they could produce industrial alcohol.

There’s a chance this is an apocryphal story but allegedly executives at the company predicted the war would last four years. This would give them four years to make a bourbon and give them a massive head start on any competition once the war ended.

This prediction ended up being spot on. America entered the war in 1941 and it ended in 1945. The group thus emerged once again as one of the only firms capable of selling large volumes of whiskey. Seeing things in that light, it shouldn’t be too surprising that Early Times had become the most popular whiskey in America by 1953.

The post-World War era has been less volatile for Brown-Forman and the company has been able to expand its product base quite a lot.

The standout factor here was the $20m acquisition of Jack Daniels in 1956. But the firm has bought some other big brands along the way, including Southern Comfort in 1979 and Finlandia in 2004.

Brown’s family is also still heavily involved in the business.

His great-grandson, also called George Garvin Brown, is the company’s chairman and descendants of the company founder still appear to hold a substantial portion of the firm’s class A shares – the ones that carry voting rights.

Exactly how much control they exert is hard to say but judging by trading volumes on those class A shares and some public disclosures, it may be around 50% of them.

One other major shareholder is Terry Smith. The famous fund manager acquired £111m of shares in Forman-Brown in 2019 via his firm’s Fundsmith Equity fund.

Smith and Train have garnered huge followings for their uncomplicated approach to investing and both like the sorts of small ticket items that Brown-Forman sells.

These are products with loyal customers and enviable market shares. And, from Unilever to L’Oreal, they've had a stellar ten years but there’s no guarantee that will continue.

Smith also seems to have a penchant for old, family run businesses. At one point the average founding date of companies in Fundsmith Equity was 1894, so Brown-Forman fits in nicely there. Fundsmith also runs the Smithson investment trust, which has a similar approach to small and mid cap companies.

Fans of the Lindy Effect may sympathise with this approach. Others may feel the reverse.

Brown-Forman also had a 23% return on capital employed (ROCE) last year, a relatively high number that tells you what return a company is making from the money it reinvests back into its own business.

Smith likes these sorts of stats and it’s probably a big part of the reason he invested in the business. Incidentally, Brown-Forman’s ROCE was also slightly lower than the 25% average Fundsmith Equity has.

But there’s a reason the very same managers have held the likes of Diageo alongside Brown-Forman in their funds. Jack Daniels might be a household name but, looking through the rest of the brand stable, it quickly becomes clear just how dependent Brown-Forman is on just one product.

Diageo and some of the other big drinks firms might be jealous of Jack Daniels’ dominance but they’ve worked to acquire market leaders of their own in Guinness, Tanqueray and Smirnoff.

Dominance is one thing but, as we’ve seen with the UK’s gin boom, tastes can change quickly. Will Jack Daniels be able to carry the whole company on its shoulders forever?

All of this is to point out that there are things to like about Brown-Forman and other things not to. Figuring out if you want to invest is up to your interpretation of the facts.

And if you were wondering how the company did during the pandemic, well, revenue was actually up slightly last year. I guess COVID’s not so tough when you’ve survived prohibition.

What are blue-chip stocks?