Is Nio a genuine Tesla challenger? 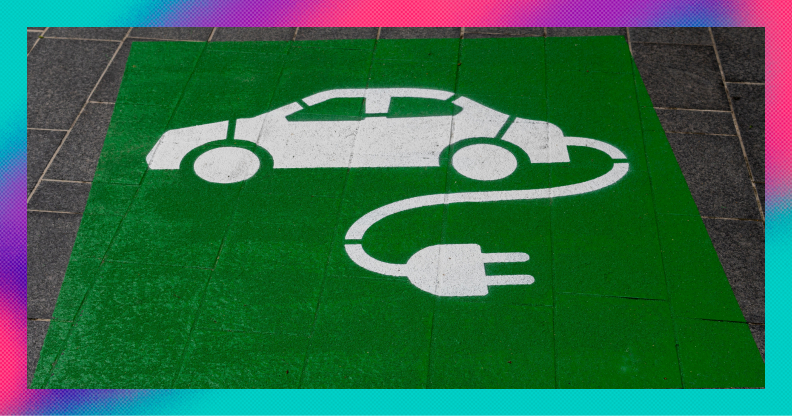 I don’t know if you’ve heard but Elon just got quite a bit richer.

Musketeers the world over were disappointed earlier this year that Tesla wouldn’t be joining the S&P 500 but its upcoming inclusion on 21 December has given the stock, and the chief exec’s net worth, a boost this week.

For perspective, the announcement added around $30bn to the firm’s value - not far off the entire value of Ford.

But while the 17 year-old company has been grabbing the headlines, another high growth electric vehicle firm has been reporting results.

2020 investor magnet Nio gave us an update yesterday on how it’s getting on in its quest to turn China’s roads electric.

The company had already reported a 154% surge in Q3 deliveries, reaching over 12,000 vehicles, above even its own guidance.

Not bad for a company snatched back from the brink of bankruptcy by its local Hefei government earlier this year.

The results have raised a few questions from investors, mainly from those trying to decide if it’s just riding the tails of the Tesla train, like many sector newcomers, or it is actually worth the near 1000% share price rise this year.

It’s strange to think of Tesla as the incumbent here but such is the velocity of change in the sector that Nio and co. will undoubtedly see it that way.

But why even try to unseat a company at the forefront of battery technology and sector software with the attention and fascination of the world?

Well, remember that government bailout Nio got? It has something to do with that.

That $1bn cash injection fits neatly alongside China’s bid to become a global green energy superpower. The country has pledged that a quarter of all car sales by 2025 must be powered by ‘new energy’, and must not be reliant on petrol or diesel.

February’s helping hand is a sign that there is a greater goal here, and is one that the state will aim to reach ruthlessly. Around 50% of the world’s electric vehicles are sold in China.

But aside from the huge potential the Chinese market in particular creates for Nio, there are other aspects to the business keeping its investors interested.

The firm recently began to deliver its less expensive EC6 model, launching its battery-as-a-service in Q3 as well. Here’s where it starts to look less like the next Tesla and more like a new breed, born of Tesla DNA.

This service allows car owners to switch their depleted battery for a fully charged one at one of the company’s 143 battery changing stations within three minutes instead of waiting for it to charge up.

With 800,000 swaps already in the bag, it could be a factor in enticing the gas guzzlers to get over their charge anxiety and switch to electric.

And then there’s the firm’s battery subscription model. New and improved battery hit the market? Let them know and you can have it fitted to your current model.

All this from a company founded in 2014.

There remains a big worry for investors though, and it’s really nothing to do with the innovation these companies are demonstrating on the ground.

Concerns are growing over the heady valuations in the sector, reminiscent of the hysteria around internet stocks 20 years ago.

A Price to Earnings (PE) multiple in the high hundreds for Tesla will alarm most investors. The swinging valuation of anywhere between 650x and nearly 900x earnings is miles above the roughly 12x of Toyota and BMW.

Fans will point to Tesla changing the game, tearing up the rule book and inventing a new paradigm. This all may be true but they are some of the most fearsome expressions to investors who have heard them before.

Either earnings have to catch up to justify the valuation or the price has to come down to meet earnings - investors know which one they will want to see.

Maybe Musk is right in comparing his firm to the tech giants, wherein the valuations wouldn’t look out of place - and he would say the future of EV is not just as bright, but critical.

In this case, successful newcomers have the chance to learn from Tesla and possibly even leapfrog part of their developmental stage, like Nio is doing with its battery offering.

So is Nio the next Tesla? Probably not, but investors will be thankful for that.

Rinse and repeat isn’t what they want and, judging by Nio’s early innovation and governmental pressure to hit targets and allocate capital efficiently, it’s a path they certainly aren’t going to get.


Let us know what you think about NIO on the community forum:

Freetrade is on a mission to get everyone investing. Whether you’re just starting or have loads of experience, you can buy and sell thousands of UK and US stocks, ETFs and investment trusts commission-free via our trading app. Download the Freetrade app today and join over 1,000,000 other retail investors.