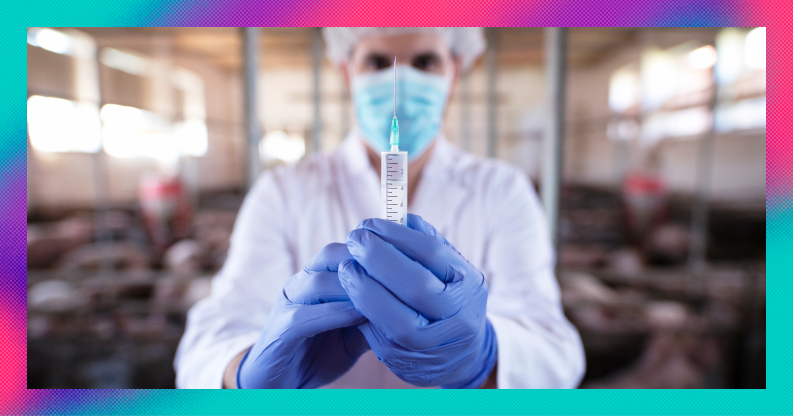 Can companies faking it ‘til they make it pull in real returns?

Long are the days when ‘real’ was inherently ‘good’. Mined diamonds are pretty controversial now (those first 30 seconds of Blood Diamond, anyone?), and sporting a fur-trimmed Canada Goose runs you the risk of PETA hurling a bucket of paint your way.

That’s where lab-made substitutes have been able to rise in the ranks.

Usually, these artificial alternatives of a ‘natural’ product aim to meet unsatiated demand, curb environmental impact, or a little bit of both.

But they have some extra hurdles to mount, given that f-word label can come with some raised eyebrows about the legitimacy of the product at hand.

To infinity and Beyond… Meat

If anyone knows about faking it, it’s Beyond Meat. The faux-meat firm uses pea protein and soy to create its slew of pseudo-animal products.

Its outward mission is to curb the meat industry’s carbon footprint by offering a replacement without putting an animal on the line.

The firm’s become a pretty prolific brand in the world of animal substitutes, and it’s pretty well-reached household name status.

Although Beyond Meat’s popularity has ramped up over the years, its share price has had a bumpier ride and has yet to recover to pre-Covid highs.

It’s continually churned out decent growth on a percentage basis, but revenue in dollar-terms has been a bit lacklustre. In its second-quarter results ending August, net sales grew 31.8% to $149.4m.

Investors were probably hoping for a number with a little more meat on the bones. Before its IPO, the firm’s 2018 sales were $87.9m.

As one of the few publicly traded names in the fake meat field, it’s perhaps surprising to see revenues that don’t quite match its popularity.

Part of this is an inevitable result of lockdowns, given its heftier reliance on restaurant contracts over direct-to-consumer sales.

Another issue has been the consolidation of grocery stores in its main European and US markets. That’s made a big dent in its pricing power, as its distributors cut down on the brands they carry in favour of their own, private label products.

But these issues aren’t unique to Beyond Meat. They’re hitting the entire food industry.

And as the biggest name in its niche, Beyond Meat’s biggest competitor isn’t Impossible Foods or Quorn. It’s butchers and slaughterhouses.

Tyson Foods is the second biggest meat processor in the world. In its latest quarter, pork was by and large its biggest winner. The firm sold 14.5% more at a 39.3% higher price.

But most of those gains are because of a year where African swine fever ravaged China’s pig herds. China, the world’s biggest pork consumer and producer, had to order from the US to make up for its lack of supply.

Demand was so high, Tyson couldn’t keep up.

And here’s where fake can be great.

Since Beyond Meat doesn’t deal with animals, it doesn’t have to worry so much about many of the industry’s biggest threats. Most notably, these tend to be viruses and diseases that can’t too easily be controlled or contained.

Beyond Meat benefits from controlling much of the production of peas, its key ingredient, itself. Because of that, it’s less influenced by external factors, and has much more of the supply chain under its belt.

With more control should come more power. And that’s allowing Beyond Meat to meet China’s growing demand for pork products with its newly launched pork substitute.

To make its products, Beyond Meat just needs a factory rather than a farm.

That’s made it easier for the firm to set up manufacturing and distribution on the ground in China - something Tyson has yet to pull off.

A lack of boots on the ground has already proven to be a doozy for Tyson, whose chicken exports were banned from entering China for an undisclosed period of time last year.

So that’s where lab made products can sometimes get a big leg up on natural alternatives. If manufacturing can be narrowed down to a science, it’s a lot easier to pick up shop and meet changes in demand.

But if it’s reliant on real, living products, it’s a lot less reliable and tends to be costlier too.

Bringing it one step closer to the real deal is 3D printing. Unlike Beyond Meat, which uses completely different products to try and simulate the real one, 3D printing can involve real life cells during production.

United Therapeutics is doing just that, bringing 3D printed kidneys to market. Or at least, it says it will eventually.

The firm’s planning to meet organ shortages in its home market of the US, where over 110,000 Americans are awaiting a transplant.

There’s an obvious need for United’s lab-made equivalents, but mass-produced, commercialised fake kidneys are still far off yet. It’s had a lot of progress with bioprinted tissues, but organs have only been made so far at a miniature scale.

That’s where investing in a lab-made stock such as United greatly differs from one like Beyond Meat.

That Beyond Meat’s products are made in a lab actually makes them more reliable. On the flip side, it’s what renders an investment in United much riskier.

Right now, United’s fake kidneys are still very much in the R&D stages. And those are massive expenditures with no guaranteed payoff. And it’ll only be able to begin recouping those costs once it eventually has a product to sell.

That said, United has its hands on a $3m patent to control the 3D printed kidney market.

So if it eventually accomplishes its goal, investors should be looking at a fairly protected corner of the market (or lab).

What do you think abut the investment case for lab grown stocks? Let us know on the community forum:

Join over 1 million UK retail investors that already use Freetrade. Our stocks app makes it easier for first-time and experienced investors to buy and sell stocks and shares, exchange-traded funds and investment trusts commission-free. Download our iOS trading app or if you’re an Android user, download our Android trading app to get started investing.