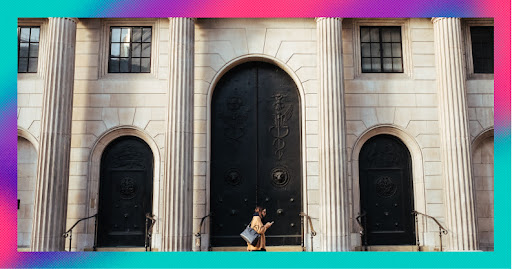 Investors love payouts but buybacks instead of dividends should raise questions.

It’s 1982. ‘Eye of the Tiger’ has everyone doing their best Rocky impression and newly-released E.T. just prompted that phrase you can’t help but think about now.

What a time to be alive.

Less likely to form part of our collective memory is Rule 10b-18, enacted by Congress in the same year. The Rule allowed companies to roll out share buyback programmes without the fear of being sued for market manipulation.

And it was another classic tune of the year that would come to describe the corporate world’s relationship with buying back their own shares.

Companies clearly took Rule 10b-18 and ran with it. But why?

Well, buying back shares can seem very positive on the face of it. If a company sees value in its own stock it can be a confidence booster for everyone else to do the same.

Trimming down a company’s equity base automatically increases earnings per share (EPS) too, since there are suddenly fewer shares to spread the earnings over.

This is where we start to unveil the reason behind the 30-year buyback boom.

The illusion of earnings growth

EPS is an analyst’s bread and butter and when it goes up it gives them a warm fuzzy feeling. But that’s normally because the actual earnings have gone up - a positive sign for any company. Who would turn their nose up at that?

A higher EPS as a result of a buyback hasn’t changed the earnings growth of the product or service a company is selling though.

The firm could have used its cash to pay out a regular or special dividend, after all that’s what the bulk of them used to do before 1982.

But that wouldn’t have superficially boosted EPS.

The thing is, the market rarely makes the distinction between earnings truly growing, and earnings just looking better thanks to fewer shares outstanding.

And, that being the case, if a company has a choice of paying a dividend or buying back shares, it is likely to go with the option interpreted as having created more value.

Why even think about buying back shares?

Our friend Warren is also sceptical when it comes to the motivation behind these programmes.

“I would say that it is natural for CEOs to be optimistic about their own businesses. They also know a whole lot more about them than I do. However, I can’t help but feel that too often today’s repurchases are dictated by management’s desire to “show confidence” or be in fashion rather than by a desire to enhance per-share value.”

Part of the reason we, as investors, interpret buybacks as a signal of C-suite confidence is because we assume management has a fair idea of how the business is set to grow from here.

After all, they’re the ones making those plans. But the uneasy part is recognising companies aren’t always buying back stock just before they launch the kind of new initiative with the potential to explode the value of the firm.

A lot of the time they’re doing it because they have excess cash and they need to do something with it.

This is where we need to interrogate their decision to go shopping for their own shares. Could they have pumped more money back into the business instead and achieved a high rate of return on that reinvested capital?

Could they have explored acquiring another firm to improve scale, reduce costs and add more customers?

And, importantly, has the decision to buy back stock been driven by close attention to where the shares are currently trading.

After all, if your own company’s shares are extremely undervalued then it might be a cracking opportunity to snap them up. If they’re overvalued, isn’t that just bad investing? Like everyone else, paying over the odds for shares doesn’t seem sensible at the best of times.

Greater fool theory: don’t be the biggest fool in the room

When you buy any shares at a lofty valuation you’re at least in part, if not completely, relying on greater fool theory. That’s the hope that someone else is going to come along and pay even more for your shares eventually.

That has nothing to do with the business and everything to do with hoping there’s a greater fool than you out there. Precarious at best and, where C-suites are involved, utterly careless at worst.

What if there’s no greater fool than you and the price has to come down before buyers get interested?

If that same company used its capital to acquire another business, shareholders would hone in on the price paid for shares and whether that offered decent value. They’d ask what the future prospects were and what return the buying party could expect on their new investment.

But whether a buyback creates or destroys value is a huge question investors tend to overlook, bedazzled by the cash set to land in their accounts.

Companies should at least be able to offer shareholders an idea of the returns the buyback programme implies for the remaining shareholders who, in effect, are funding the repurchase.

Don’t get blinded by the dollar signs

Bringing it back to basics, deciding what to do with cash is pretty much the most important decision a company’s management team has to make on behalf of investors.

Putting it to work in a way that generates a positive return over and above the effort it takes to get an initiative rolling is critical.

The biggest companies need to split that money between maintaining the current business and boosting future prospects. And when they’re sitting on significant cash piles, returning some to shareholders becomes an option.

But don’t let that second part cloud the first.

If a company returns cash to shareholders by buying overvalued stock it is, in effect, destroying value - just like you might if you got sucked into playing the greater fool game.

This is why it’s so important to look at how efficiently a firm is allocating its capital. Will that new factory double production volumes or will the cost of its construction outweigh any marginal gain in earnings?

Try not to be Tesco

Tesco’s ventures into Thailand and Malaysia ate so much capital without ever producing a decent return that they sold them off this year.

Spending money to create an online Warhammer community and attract new players, acquiring bigger warehouses and launching new products have all been key to Games Workshop’s success so far. Its average return on capital employed over the past five years sits at over 60%, reflecting investments which have produced high returns by themselves.

Buybacks fall into that conversation too. Always ask whether it’s really the best use of capital to buy shares, given their market value. If you wouldn’t buy more at the current valuation, why is the firm doing it?

Have they run out of ideas or are they just trying to boost EPS? Are the management team’s Christmas party and bonuses dependent upon EPS growth? That’s a real possibility.

This isn’t to say there is a hair-brained plot behind every share buyback programme. It could be a brilliant decision provided the firm is snapping up undervalued shares.

But it would be nice to hear about it as part of their wider capital efficiency plans. And it wouldn’t hurt to hear about what return they think they can achieve on those shares.

Because that’s the same question we, as shareholders, constantly have to ask ourselves too.

What's your take on share buybacks? Let us know on the community forum:

Freetrade is on a mission to get everyone investing. Whether you’re just starting or have loads of experience, you can buy and sell thousands of UK and US stocks, ETFs and investment trusts commission-free via our trading app. Download our iOS stock trading app or if you’re an Android user, download our Android stock trading app to get started investing.