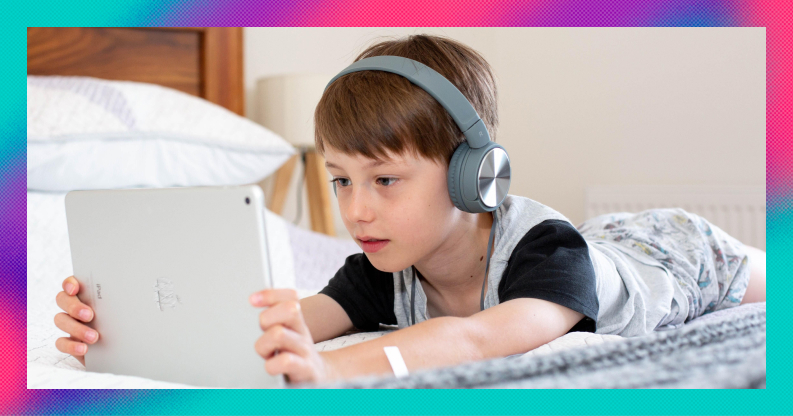 Online learning dropped the ball during lockdowns, and it’s in dire need of a course correction as kids get back into classrooms.

The pandemic could have been the perfect breeding ground for EdTech.

Impersonal and clunky digital learning tools have long struggled to generate much momentum. Then when the classroom transitioned from a blackboard to an iPad, it seemed online education companies finally had their big break.

But not so fast - many of the e-learning firms one would assume would benefit, didn’t.

Is the EdTech industry growing or not?

Coursera, which IPO’d in April, has since seen its share price tumble. The online open learning platform saw a big uptick in demand when we found ourselves scouring the web for free birdwatching and bread baking courses.

Now that we’re emerging from lockdowns, Coursera’s shifting gears. Consumer revenue is growing much slower than its enterprise segment. Individual user revenue grew 23% to $62m in the second quarter of the year, while enterprise sales were up 69% to $28m.

It’s struggling to sustain demand for its certificates and video lessons now that in-person learning is back up and running again. So, it’s joining forces with tech titans, including Google, to offer online programs with their logo and name on them.

Learners who pay for the program end up with a ‘Google Certified’ badge on the CV (and some over-inflated hopes it could actually help land a job at the company).

Is EdTech the future?

Coursera has a fine-tuned, user-friendly product. But its problem is more one of waning consumer interest rather than a poorly designed interface.

It looks like its home market of the US isn’t quite ready for a full switch to online learning. With the highest tuition fees in the world, Americans tend to associate high education costs with high quality.

Most EdTech companies attempt to achieve scale and penetration by branding themselves as low-cost alternatives. And it seems that pricing strategy may actually be doing the industry a disservice by implying online learning isn’t of the same calibre as in-person alternatives.

Why is China cracking down on online education?

Meanwhile, in China, most EdTech leaders are seen as premium learning platforms. Rather than offering tools to replace in-person learning, the country’s EdTech leaders focused on ways of amplifying and improving education.

In 2018, China’s Society of Education reported parents spent an average of ¥120,000 (about £13,500) every year for extracurricular tutoring. Access to after school e-learning has long been a key distinguishing factor between the haves and have nots.

That was, until the CCP cracked the whip on companies profiting off education. It effectively prohibited firms from teaching anything in the Chinese curriculum, and banned any profit-making on the platforms. In one sweeping motion, the country’s biggest education firms came to a grinding halt.

The government grew worried parents’ exorbitant expenditures had grown too excessive - exacerbating inequalities and polarising the education system. So, they clawed back on the industry’s freedoms.

Yuanfudao, one of China’s biggest online tutoring apps, thrived largely thanks to its ‘live’ element. Unlike Coursera, Yuanfudao’s platform is interactive. While Coursera does have videos, and so isn’t entirely static, learners can’t really engage with the modules.

This is probably a big reason why most EdTech hasn’t yet hit the nail on the head. The ability to ask questions and create rapport between teacher and student is key.

Yuanfudao came pretty close, with virtual reality teaching, live tutoring and online Q&A. The firm also understood the value in automating the tools which don’t need a human at the helm - such as instant math problem-checking and test grading.

The firm also partnered with major Chinese universities to figure out where students had a tendency to struggle. It used these insights to segment students, then tailor the curriculum in a way best suited to meet their individual needs.

That would be an incredibly difficult task for one single teacher and a classroom of 25 students with a vast array of learning styles.

And that points to a major difference between US firms like Coursera and its Chinese counterparts. The latter focused heavily on supplementary learning and tackling weak points in the education system.

In contrast, US firms have attempted to provide a cheap alternative to the often expensive and time-consuming in-person educational establishments.

Should I invest in Pearson?

China’s regulatory crusade will likely lead investment to flow out of the country’s EdTech sector, perhaps in search of a more stable geopolitical environment.

Enter: Pearson, the biggest educational provider in the world.

Though one of the biggest names in education and publishing, it’s been a while since Pearson struck a chord with investors. Its share price is well below its early 2000s peak, with its failure to innovate a large factor at play.

In 2019, Pearson finally dabbled in digital, pushing an ‘online first’ textbook strategy. It cited the learning benefits, such as continual updates to keep up with changing research, rather than every few years as is standard in print editions.

And to push students from books to browsers, Pearson jacked up the price of print materials while limiting their availability too.

It all looked good on paper. Digital textbooks are of course much cheaper to produce at scale. Once the main version is made, Pearson simply sells subscriptions with very little marginal cost. Plus, this keeps textbooks out of the secondary market, and in the hands of Pearson’s online platform.

What’s next for EdTech?

But the move wasn’t enough to keep Pearsons’s textbook business afloat, and the firm disposed of its K-12 textbook arm in America in late 2019.

As for its remaining digital products, Pearson’s still struggling to prove their worth.

While its online course enrolment unsurprisingly saw a boost in demand last year, those numbers have already dwindled, with registrations down 7% in the first half of 2021.

Pearson’s problem is its main digital offering is an e-platform attempting to mimic, rather than improve upon, what exists in a real-life classroom. EdTech’s opportunity lies in using data and technology to offer tailor-made solutions, but Pearson’s platform is a one-size-fits-all approach.

If schools are going to invest in e-learning, they need to see a benefit - a tool that will either cut down a teacher’s workload or improve the learning and results for students. Right now, many in EdTech are simply trying to mimic the experience.

It’s not enough to slap some tech on a stagnant industry and hope it leads to innovation. The tech in and of itself needs to do something different, which is why taking a page out of China’s books could be key for the industry’s laggards.

Clearly, the country’s firms offered a leg up to the learners using them. Otherwise, they wouldn’t have been banned in the first place.

How do you think EdTech will fare as kids get off Zoom and back to notepads? Let us know on the community forum:

Download our award-winning commission-free trading platform and invest in US stocks, UK investment trusts, exchange-traded funds and more. We believe investing should be available for everyone, and we’ve built an app to do that. Download our iOS stock trading app or if you’re an Android user, download our Android stock trading app to get started investing.

Top 10 ISA buys in May on Freetrade