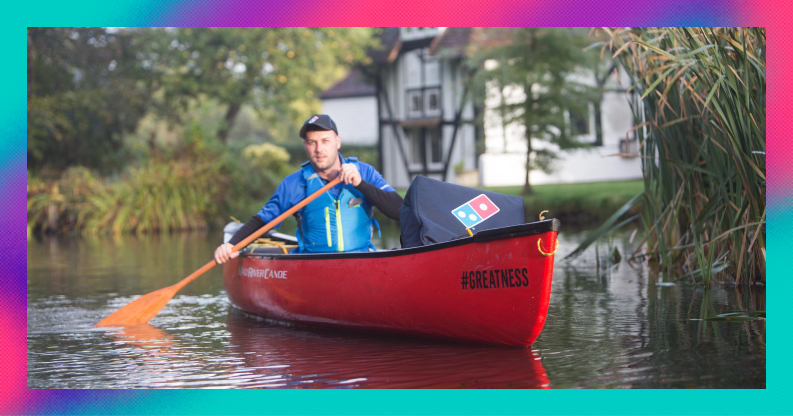 Domino’s, Papa John’s and Pizza Hut were hot pandemic stocks, but who wins the post-Covid battle?

Move over Branson. Your rocket may have made it to space, but Pizza Hut brought the first cheesy pie to orbit back in 2001. The whole stint cost the company about $1m.

While Pizza Hut won the sector’s space battle, the quest to win the competition post-covid might be a lot tougher.

Can you invest in Pizza Hut?

In what sounds more like a fast food combo than a corporate acquisition, Pizza Hut was acquired by Pepsi during the late 70’s. Pepsi bought tons of other chains, including Taco Bell and KFC, lumping the fleet under parent company Yum Brands in 1997.

Is Yum brands a good investment?

Pizza Hut’s glory days seem somewhat behind us now. Covid was the straw that broke the camel’s back, but it’s been on shaky ground for several years.

In 2019, it was the largest chain by number of locations. While that may be an impressive title on the surface, Pizza Hut’s vast fleet of sit-in restaurants is exactly what led to its demise.

Unlike Papa John’s and Domino’s, Pizza Hut’s in-store locations were a key part of its retail strategy. Its family-style, fast-casual restaurants tend to be large buildings with costly rental fees. Those were a drag on the company’s bottom line long before Covid, as consumer preference pivoted towards delivery and carryout.

Pizza Hut’s 2020 sales were $11.9bn - a 7.3% decrease on 2019. While in many industries, that decline wouldn’t be considered too shabby for a year plagued by lockdowns, it’s bad news for a pizza chain.

Enter Domino’s and Papa John’s, both of which benefitted from a significant uptick in demand during Covid. And the two have been all too happy to swoop in, stealing a piece or two of Pizza Hut’s pie.

Is Papa John’s a good stock to buy?

Though Papa John’s relationship with the NFL was at one point a thorn in its side, the American football league was a huge reason for the pizza’s pandemic success.

In 2018, Papa John’s was at the forefront of a political row. The firm ended its sponsorship of the NFL after CEO John Schnatter blamed declining sales on football players taking a knee during the national anthem, as a gesture of support for anti-racism.

Papa John’s came under some serious heat from the media. Attributing dwindling pizza revenue to BLM activists rather than its pricing/business model/recipe/literally anything else left a bad taste in investors’ mouths.

But then a new CEO came to town, and Papa John’s made an effort to right its wrongs. Its logo can again be seen at stadiums and emblazoned on team uniforms across America.

While Papa Johns is international, the vast majority of its franchise and wholly-owned locations are in the US. Papa John’s has 3,134 locations in its home market, and another 2,266 scattered across 43 countries.

Is Papa John’s in financial trouble?

Although Papa John’s share price slumped following the NFL drama, it’s seen a big surge since the pandemic began. Sales were falling between 2017 to 2019, but total revenue for 2020 grew by 12% to £1.8bn.

It was sitting right in the sweet spot, benefitting from rising demand for takeaway food and a huge increase in NFL viewers. Last year 65% of Americans watched the NFL.

And this year, there’s been a notable fall in the number of Americans expected to attend a game, with only 27% planning to buy tickets. Great news for Papa John’s, since it’s the viewers on the couch, not the foldup chairs, who make the orders. So the fewer at the stadium, the better.

Is Domino’s Pizza a good stock to buy?

Domino’s takes the cake for the greatest brand awareness of all UK pizza chains. It has worked hard for that title. You’d be hard-pressed to go a week or two without finding a glossy Domino’s coupon booklet in your postbox.

While its print-heavy marketing tactics relying on snail mail are old-school, its business model is anything but. Last year, a whopping 95% of Domino’s UK delivery sales were made online.

Why is Domino’s stock so high?

Domino’s has two publicly listed entities. $DPZ is the OG American listed firm with an $18.9bn market cap, while £DOM’s market cap for the UK/European side of the business is a much smaller £1.9bn.

No matter the location, Domino’s embraced Covid lockdowns with open arms. Its slick, quick online interface and app centralise all orders, with a universal interface available no matter where you are in the world.

Digital has been vital to its sales strategy for years, with some Domino’s zealots insisting it’s a tech company, not just a pizza chain. In fairness to the fans, Domino’s European app was downloaded 4.3m times in 2020, or just about half of Facebook’s UK downloads for the year.

90.5% of Domino’s revenue from franchises comes through digital ordering. Unlike Pizza Hut, the kitchens where the ‘za gets cooked are small and efficient. Because these cost much less to run than a usual restaurant, Domino’s has been able to expand with breakneck speed.

Domino’s has 17,000 locations internationally already, but it wants to double that figure by 2031. Though perhaps overambitious, it bodes well with its ‘fortressing’ strategy. Domino’s tries to oversaturate areas where it already has at least one location, building up a fort of sorts against Deliveroo or Uber Eats.

Unlike Papa John’s and Pizza Hut, Domino’s tends to deliver its own slices. As Deliveroo and Uber Eats continue to crowd the takeaway market, Domino’s will have to keep growing its store count to keep the middleman out.

Domino’s fortressed areas have a reduced delivery time by two minutes. While perhaps not the most impressive metric, if you’ve ever found yourself glued to the website’s pizza tracker, waiting (im)patiently for your order - you know every second counts.

By market share and market cap, Domino’s is the clear winner. But there’s a case to be made that its size could give it less room to grow up against Papa John’s and Pizza Hut, both of which are heavily pursuing new international markets.

If Americans stick to watching sports at home rather than splurging on tickets, Papa John’s will have more eyeballs on its brand name. That could help it take over Domino’s, which is more focused on being an app in your pocket rather than a logo on a screen, for the title of America’s pizza king.

As for Pizza Hut, it’ll need to do more than thin out its store fleet if it wants to really compete with the two big dogs in town. In 1995, when Pizza Hut invented stuffed crust, its share price soared.

Investors liked the sounds of extra cheese then, but what they’d probably love now is for Pizza Hut to get with the times. A digital strategy rehaul is its best bet at getting back on the pizza podium, and stealing KFC’s crown as Yum Brand’s favourite child.

Which pizza stock is your favourite? Let us know on the community forum:

Download our award-winning commission-free trading platform and invest in US stocks, UK investment trusts, exchange-traded funds and more. We believe investing should be available for everyone, and we’ve built an app to do that. Download our iOS stock trading app or if you’re an Android user, download our Android stock trading app to get started investing.

Top 10 stocks and shares ISA buys in September on Freetrade