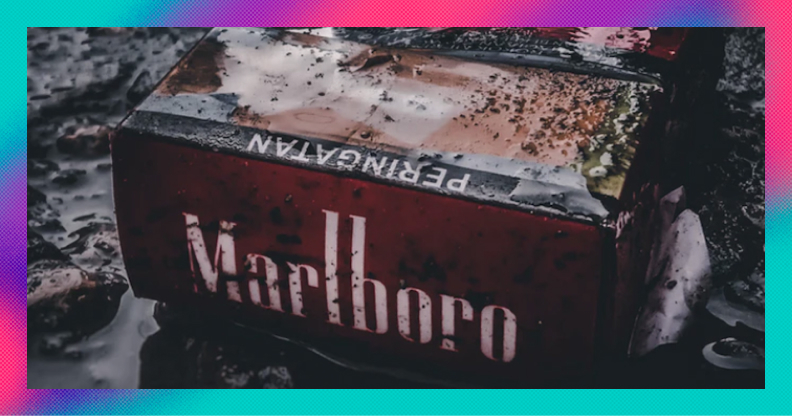 One of the common threads that runs through many introductions to investing, particularly on sites like YouTube, is a sense of contrarianism.

It’s very easy to find books or videos that disparage others, while vindicating the author or video producer’s own ideas. “Everyone else is a dummy that doesn’t know anything about finance,” they’ll say in one way or another. “But my views are the best.”

This is often done to make the topic seem overly complicated and, as a side-effect, create the impression that the author or video producer is intelligent and knows something no one else does.

And if they’re successful in creating that aura around themselves, there’s a good chance they’ll be trying to hock you something afterwards, whether it be a course or some other investment ‘learning’ tools.

But even if it’s worth being sceptical about online finance gurus, it’s still the case that contrarianism is an important trait to have when you’re investing.

If you think about it, some of the best investments you’re likely to make are when you either go against prevailing public opinion or ignore it entirely and invest in something that isn’t grabbing any headlines.

That’s because those are the stocks that are more likely to be cheap to buy and rise in value.

It seems banal to use Amazon as an example of this. But the reality is the ecommerce site was not the behemoth that it is today back when it listed in 1997.

Buying shares in a company that had never made a profit, and which was then running an unproven business model, probably seemed like a risky step to take at the time.

It was also a company that many people simply weren’t familiar with — in 1997 only about 27% of Americans were using the internet, let alone buying goods on it.

Obviously it’s not hard to look back in hindsight and say that Amazon was a great contrarian stock pick. The question is how you can replicate that today.

Unfortunately this does involve doing some of your own legwork.

The whole point of going against the grain is that you have to understand why people are thinking in a particular way and why you don’t agree with it.

Alternatively you have to be active enough to find companies that others aren’t interested in, have actively pushed to one side, or don’t know about.

One interesting area here in the UK is the AIM market.

The London exchange for small cap stocks is notorious for producing duds and lots of volatility, but it does present an opportunity for savvy investors because of some financial regulations introduced a couple of years ago called MiFID II.

Without going into the ins and outs (and there are a lot of them) of those regulations, they essentially made it much pricier for companies to undertake research on smaller UK stocks, which tend to be listed on AIM.

If tight cost controls mean you can either ask an analyst to look at Shell or an AIM miner, there’s really only ever going to be one thrown aside.

That has meant the market is now even more under researched than it was prior to those regulations coming into play a couple of years ago, so there is more opportunity to find some diamonds in the rough which other investors may not be aware of.

What to look for

Having said that, the AIM market is still a pretty big place, so it’s not enough to just know where to look.

You’ll also want to think about different technologies and industries and see whether there is something that you think is likely to do well.

This doesn’t just mean predicting what tech is going to do well next.

There are still plenty of great businesses out there in traditional sectors, like restaurant groups or medical supplies manufacturers.

In fact, our current obsession with technology may even make these businesses a good contrarian bet.

Going against the grain

Most of what we’ve discussed so far is only really one facet of contrarianism — ignoring popular opinions and looking for what’s not being discussed.

But we tend to think of contrarians more as going directly against popular wisdom.

For instance, a contrarian investment at the moment might be to buy stocks in oil producers or cigarette companies.

Popular wisdom has it that both companies are going to fail because of falling demand, changing technology and stifling regulations.

There’s a good chance that’s going to be the case. But thinking differently is the whole point of being a contrarian, you have to make decisions that are out of the ordinary.

And remember, a lot of the time contrarians aren’t looking for stellar growth, just a turnaround to get shares back to where they were. That’s where, to capture the most upside potential, you really have to hold your nose and buy when it feels like the last thing you want to do.

To take a less controversial example, fund managers Nick Train and Terry Smith both raised eyebrows when they put money into firms like Unilever and Diageo a decade ago.

They aren’t textbook contrarians by any means but the common wisdom was that the companies had little growth prospects and wouldn’t perform well. As it turned out, shares in both firms have seen triple digit percentage gains in the last decade.

What are the equivalent companies going to be in the years running up to 2030?

Well, again, we can’t really tell you because that’s kind of the whole point of being a contrarian. You have to look at what’s on the market, do your own analysis and decide what’s going to do well. It may fall in line with public opinion. It may not.

Not just for the sake of it

That takes us back to the beginning of this piece.

So many people in the investment space like to take shots at others that it can feel as though always being a contrarian is the right thing to do.

In reality there are still plenty of times when the wisdom of the crowd pays dividends (sometimes literally).

Think back to a decade ago. Would it really have been so controversial to say that Facebook or Alphabet, Google’s parent company, were going to succeed in the years ahead?

The answer is probably not. In fact, it likely would have taken a contrarian to argue otherwise.

And the thing is, it would have been a bad argument to make because you would have ended up being completely wrong.

That points to why, even if it’s good to have contrarian traits, it’s bad to always think like one.

Thinking critically, questioning popular wisdom, doing your own bits of research and generally looking to acquire as much knowledge as you can are all wonderful things to do.

But if you just take the default position that popular wisdom is always wrong, then you are really being just as unthinking as the people you purport to be smarter than.

Not only is that a silly move to make, it’s one that’ll probably hit your portfolio value too.
‍

Read more: If the above tickled your fancy, then read what we wrote about three contrarian investment trusts at the end of last year.