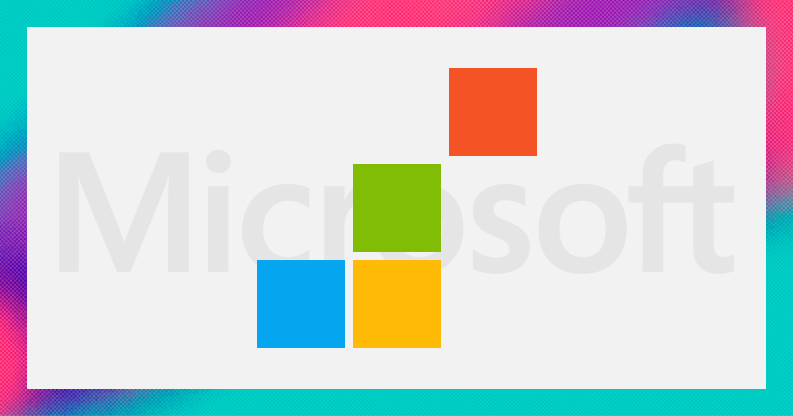 So accustomed have we grown to the relentless financial success of America’s tech conglomerates, that when Microsoft released its latest quarterly financial results at the end of October, there were hardly any gasps of astonishment or articles pointing out just how well the firm had done.

If an early-stage start-up, complete with a glossy website and colourful Facebook ads, produced those sorts of numbers, they’d probably be in line for some major praise.

And yet Microsoft’s results mostly produced shrugs. Of course they hit it out of the park, the response seems to have been, that’s just what tech companies do.

Such an attitude is understandable given how successful the firm has been recently. Still, it’s worth taking a step back and looking at what the company has achieved over the past decade.

Microsoft was already a mainstay of the technology sector by the 1980s. Older readers may even remember South Park making fun of Windows 98 in their feature-length film from the late 1990s, a sure sign that Microsoft had made it into the pop culture big leagues.

By 2010, 35 years after it was founded, the company was making $62.5bn in annual revenue. By comparison, Coca Cola made almost half of that in the same year.

In short, over a decade ago it would have been fair to describe Microsoft as an extremely well-established, old business.

Too big to invest

These are not the sort of companies that investors typically think of as likely to provide large-scale growth.

As we wrote about Pepsi not too long ago, there is often a sense that a firm simply can’t continue growing once it reaches a certain point.

In many ways this is purely a gut level reaction.

The ubiquity of McDonald’s franchises, Nike trainers, or Microsoft PCs means you feel as though there can’t be any more people for those companies to sell their products to.

And to be fair, that wouldn’t have been an entirely illogical reaction to Microsoft a decade or so ago.

In the late 2000s there was a sense the firm was failing to innovate and relying too heavily on the money it made from its old-school computer software.

Disappointing forays into the search engine space and mobile phone sector, along with a failure to invest in social media, were seen as signs of a fading giant, even if revenues were trending upwards.

Ultimately that narrative completely failed to pan out. Over the past 12 months, Microsoft has made $172.25bn in sales - almost triple the amount it racked up in 2010.

A few factors have contributed to that massive sales growth. Probably the most notable has been the firm’s activity in the cloud computing sector.

Microsoft was already offering cloud services back in 2010 but its financial report from that year amalgamated those revenues into its other divisions, making it hard to figure out how much of total revenue could be attributed to them.

Last year was a different story. Microsoft made $60bn from its “Intelligent Cloud” division in its 2021 fiscal year, almost the same amount as its entire revenue a decade earlier. To give that some more context, McDonald’s and Coca Cola made $19.2bn and $33bn respectively in their most recent full-year results.

In effect, Microsoft’s cloud division has grown so much over the past decade that even as a standalone company it would still be one of the largest in the world.

That hasn’t been the only factor in the firm’s success though. The tech company’s $26.2bn acquisition of LinkedIn in 2016 marked its first major foray into the world of social media.

It’s one that seems to be paying off. Last year LinkedIn made Microsoft over $10bn in revenue for the first time.

That number looks likely to grow too as Microsoft reported LinkedIn saw a 42% increase in sales for the first quarter of its current fiscal year compared to last.

The site’s marketing solutions, which are reported separately from its other revenue streams, grew sales by 62% in the same period.

The professional social media site still only makes up a comparably small proportion of the company’s total revenues today. But if it could reach a similar size to Facebook, you have to wonder if it could be a big enough segment of Microsoft to be a business akin to its cloud services.

The same is true if you were to combine some of the ‘less’ promising areas of Microsoft’s business.

Bing, the company’s search engine, is usually seen as a subpar competitor to Google and has tended to be viewed as an area where Microsoft missed out on a big opportunity for growth.

That may be the case but Bing still helped Microsoft rake in $8.5bn last year, not a ‘huge’ amount relative to other parts of the business but still a four-fold increase on the revenue it made from the search engine in 2010.

And the signs are that growth is going to continue as the firm’s most recent quarterly results show revenue increased 40% for its search engine and advertising business compared to last year.

It must be said that this growth was probably a little skewed by the pandemic. Gaming revenue barely increased in 2020 compared to 2019 but then shot up by 30% last year, probably because so many people were stuck at home with nothing to do.

We can see a sign of things slowing down in the most recent quarter as revenue for gaming remained almost flat compared to last year. Having said that, it’s still the same as it was last year, which is more than 30% ahead of the firm’s pre-pandemic numbers.

Keeping to the basics

Beyond all of these smaller segments, it’s also worth highlighting that Microsoft continues to make large sums of money from its software and licensing agreements.

Office products like Word and Excel remain the firm’s bread and butter and continue to bring in substantial sums of cash.

Looking at growth is a little tricky here though. Partly that’s because Microsoft’s cloud services are so intertwined with its old-school products that it’s hard to separate them in its accounts.

You also have relatively new products, like Dynamics 365, which didn’t exist a decade ago. Plus Microsoft changed its reporting methods in 2014, making like-for-like comparisons prior to that hard to d

A simple option is to look at the company’s Productivity and Business Processes division, which seems aimed at capturing most of its older offerings, and to then factor out LinkedIn’s contribution to that.

That may not sound so impressive but then remember this was in services that were already extremely widely used. And when you go a bit deeper, you can see growth in some segments is much better than the topline numbers suggest.

That latter number is arguably more interesting because, again, those are services that are already widely used.

None of this is to say that Microsoft is a must-buy and you should rush out to buy its shares.

The sluggish performance of the firm’s gaming division could easily seep into other segments in the future. Such an outcome could easily drag down the firm’s share price too

But that hasn’t happened yet and it’s also something people were saying over 10 years ago. The past decade has seen Microsoft defy those expectations and continue to increase revenues at a rate that most small-scale businesses would be envious of.

The point here is that big companies can continue to grow through innovative products and smart investments, delivering strong returns for latecomer investors along the way. Living up to its name, Microsoft shows size doesn’t matter, it’s increasing revenues and profits that counts.

Are these the 10 best NFT stocks?