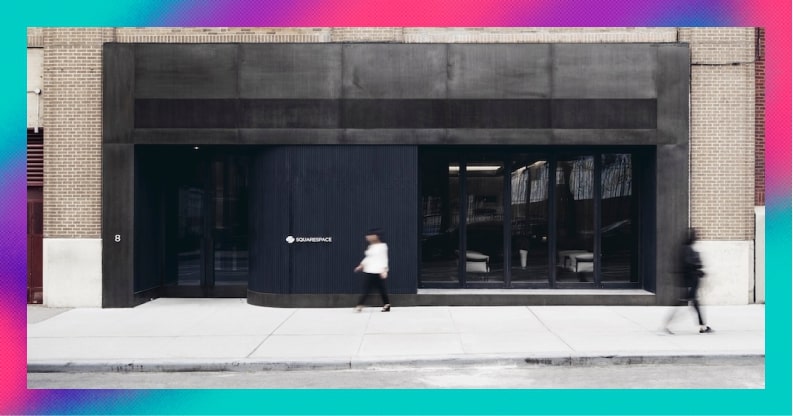 Everything you need to know about the company’s upcoming debut on the NYSE.

Squarespace will be the next big tech name to go public when it lists on the New York Stock Exchange later this week.

The DIY website company should see its shares start to trade on the exchange this Wednesday.

When they do, it will be the result of a direct listing and not a regular initial public offering (IPO).

Direct listings allow existing shareholders in a company to sell their stock directly on an exchange.

That’s different to an IPO, where new shares are issued and then sold in bulk to a group of investors. Those investors can then sell them on an exchange.

The result is that IPOs and direct listings usually have different goals in mind.

An IPO involves the creation of new shares, with the money raised by the sale of that equity used to expand or improve the business in some way.

Direct listings allow existing shareholders to sell some or all of their stake in a business. So the money raised goes into their pockets, it’s not used to improve the company in any way.

That’s what’s going to happen when Squarespace goes public this week. Existing shareholders in the business will be able to sell off their holdings in the company.

It’s not going to be breaking new ground by doing so. Robolox, Coinbase and Palantir have all held direct listings over the past 12 months, with sellers enjoying some degree of success in the process.

The question worth asking here is, why sell off? If going public is the beginning of a company’s journey to mainstream success, wouldn’t you want to hold onto your shares and see them rise in value as the company starts to perform well? By selling out before then you are ruling out that possibility.

This was something people criticised Coinbase executives for doing last month when they sold about $5bn-worth of shares.

To be fair, many of those executives still hold substantial positions in the business. Plus if you’ve worked at a company for many years, or were an early investor, it might make financial sense for you to sell off some of your holdings so you have something physical to show for it.

Nonetheless, it’s worth knowing what a direct listing entails and thinking about some of the incentives it creates for those involved in Squarespace’s transition to becoming a public company.

A sell-off at a high valuation should raise eyebrows, particularly if it's from insiders and they sell a substantial chunk of their holdings in the business.

What’s also a little unusual about Squarespace’s listing is the company only just held a funding round.

In March the firm raised $300m from a group of investors, with that money going towards future growth.

That makes it hard to shake the feeling that this week’s listing is more about prior investors cashing out than growing the business.

But that doesn’t mean it’s a write-off as an investment.

Squarespace does, unlike so many of its fellow tech companies, turn a profit. In fact, it’s managed to do so every year since 2016.

That’s obviously a good sign for investors, many of whom have been pouring cash into companies on the basis that they may one day become profitable.

What’s also positive here is the level of growth. Squarespace sales totalled $389m in 2018. That had risen to $621m by last year.

Plus, almost all of that revenue comes in the form of subscriptions, with 70% of customers paying on an annual basis and the remainder on a monthly basis.

Investors usually like subscription revenue because it’s predictable and easy to quantify. That Squarespace is able to turn a profit with such a model is thus a nice feather to have in the company cap.

A couple of things may put investors off though. First of all, even though Squarespace saw a substantial increase in revenues last year, that did not translate into a higher profit.

Net income at the business actually fell as a result of higher spending on advertising. That’s not abnormal but you’d expect more investment in marketing to yield greater profits, not just revenue.

Of course, we could see that begin to pay off this year as newer customers start to be factored into the company’s accounts.

What may also concern prospective investors is the company’s current valuation. The March fundraising round put a $10bn price tag on the company.

That’s in line with lots of other tech IPOs that we’ve seen over the past 12 months but it’s still pretty lofty for a company that made just under $31m in profit last year.

Of course, the nature of a direct listing is such that the pricing of Squarespace’s shares may come in lower than that. But the success of Robolox, Palantir and Coinbase would suggest it’s more likely to be the other way around.

Squarespace has done well in this regard over the past few years, so it’s not totally irrational to think it will continue to do so in the years ahead. It’s not a sure thing though and buying at high valuations means accepting that earnings might not support that valuation in future, and the share price might come down.