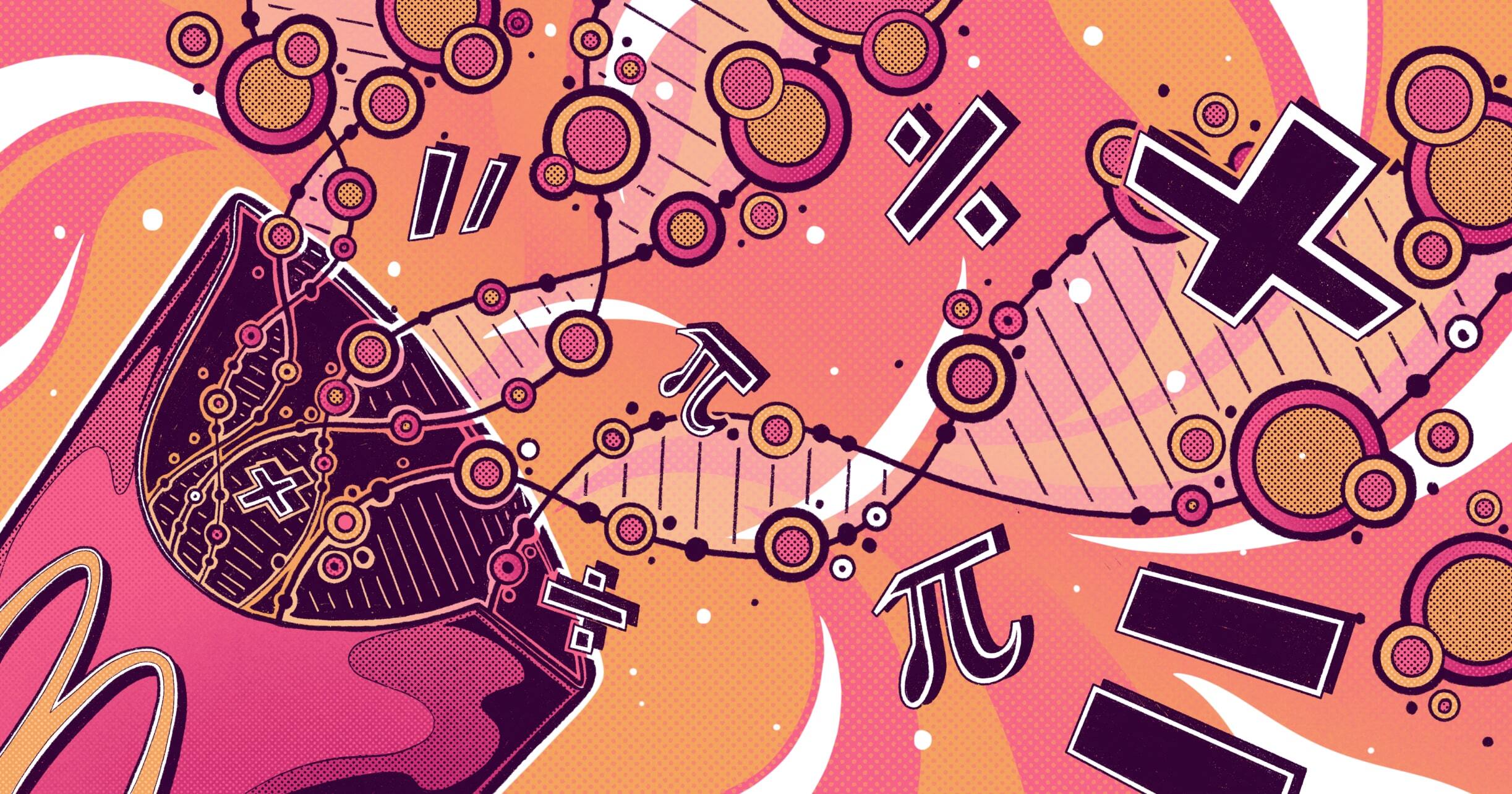 The firm’s spending a super-sized amount just to stand still.

Six little words for the McDonald’s cashier behind the register - but one hell of a profit-making question for the biggest fast-food company in the world.

When you think golden arches, your mind might first land on the ‘main’. Maybe you’re a sucker for a double cheeseburger, or a fiend for the five-piece chicken nuggets.

But McDonald’s crown jewel is actually the chip, in all its spuddy delight.

Fries are where the money’s at for McD’s and fellow fast-food chains alike. Cheap potatoes come with much higher profit margins than a burger and its multi-layered stack of ingredients.

McDonald’s profit margin for fries is somewhere between 75-90%. Meanwhile, the margin on a double cheeseburger is about 55% at best.

That means McDonald’s needs to keep its eye on the prize when it comes to selling fries. And over the years, it’s been through the wringer trying to keep those sales afloat.

The chain has had to jump a lot of hurdles to keep its fries in the hands of McLovers. But most of these haven’t been issues of waning consumer interest for the chip. Rather, McDonald’s has been up against decades of changes in how we want to eat our food.

The story of the McDonald’s we know today more or less begins in 1954 with a man named Ray Kroc. Although he wasn’t the founder, he’s the one who put it on the map.

Kroc was a milkshake machine salesman. And when he learned that McDonald’s, a California burger joint, was using eight of his machines (each capable of blending five shakes at once), he had to see it for himself.

Kroc couldn’t believe McDonald’s had enough customers to need 40 milkshakes at any one time.

But lo and behold, after travelling across the country to see what McDonald’s was all about, he understood how they’d mustered up such success.

It wasn’t the burger, but the fries that Kroc fell in love with. So much so that, after testing out a batch, he bought the franchise rights to McDonald’s.

Kroc described his relationship with the McDonald’s fry as “sacrosanct”, and “its preparation [is] a ritual to be followed religiously”.

What made the fry delectably crispy on the outside, yet fluffy on the inside, was an elixir which came to be known as “Formula 47”. And for a while there, that formula gave those fries the taste which was key to the firm’s success.

Because McDonald’s was mostly a drive-in and eat-in restaurant, it was able to serve fries fresh out of the oil. The pace of delivery from the deep fryer to your mouth is crucial to the fry’s quality.

And it’s why when you think of a 1950s drive-in burger joint, you might envision your food served right to your window via rollerskates.

While there was certainly an element of novelty to those wheels, the main reason the servers rocked rollerskates had little to do with the look.

It was all about speed and efficiency. Burgers and fries get soggy fast, so wheels were crucial to shuttling orders and food as quickly as possible.

For a while, all was great for McDonald’s and its Formula 47. But eventually, consumer interests changed. We didn’t have time to drive-in and sit for our meals. We wanted food on the go, with longer commutes and more places to be now that cars were becoming more and more ubiquitous.

So drive-ins became drive-throughs. And thus came McDonald’s first hoop to jump through.

Before the drive-through, food on the go wasn’t much of a popular choice.

But drive-throughs became an American staple. So much so, the restaurant industry’s shift inspired a major automobile innovation: the cup holder.

By the 1990s, American cars often had more cup holders than passengers. The 2019 Subaru Ascent has 19 of them - so about two and a half holders per passenger.

So Americans wanted to eat in the car, or pick their meals up on the go. But McDonald’s fries weren’t ready for it.

Back then, fries were made to be consumed within five to seven minutes of being removed from the oil. After that, they’d get soggy and limp.

McDonald’s panicked. Customers ordering fries to be eaten later or en-route would surely stop buying them. The stale flavour after a few red lights, let alone once they made the journey home, would be too much to bear.

So McDonald’s got to modifying its recipe.

It partnered with Lamb Weston, one of the world’s biggest potato processors. And the food science firm responsible for America’s McDonald’s fry.

It’s a secret coating not visible to the naked eye, that keeps a fry crispy - guaranteed five times longer than the old-school variety.

It’s a patented elixir. The ratios aren’t publicly available, but what we do know is it’s a hodgepodge of chemicals.

So thanks to a lot of money and research, McDonald’s survived the first battle in the war against its fries. And for a while, Stealth’s 12-15 minute lasting period was just dandy.

But then came some more trouble in paradise. This time, in the form of a heart attack and a rich man named Phil Sokolof.

When he was 43, Sokolof went into cardiac arrest. He lived to tell the tale, and decided to make his life’s work going after the culprits behind his high cholesterol believed to have caused his poor health.

Sokolof went to the US government and paid for 10,000 employees to get their cholesterol checked. He wanted everyone to know just how dangerous elevated levels could be, and how widespread this issue was.

He bought a $2.5m advertisement slot during the Super Bowl and even had a flashy campaign on the big screens in Times Square. The message? “Cut fat intake and live longer”.

In total, he spent about $15m on his crusade. But a lot of that was actually in legal battles with McDonald’s.

Key to McDonald’s Formula 47 was the animal fat it was fried in. That was just the flavour Kroc first fell in love with when he sank his teeth into the crispy potatoes.

Unfortunately for Kroc, Sokolof figured those lard-coated fries were a huge reason that he and about 40% of Americans had high cholesterol.

So Sokolof got himself on every TV interview and radio talk show that would listen, warning the country of McD’s artery-clogging fries.

Finally, Sokolof won out. McDonald’s stopped cooking its US fries in beef fat in 1990.

These days, the fries soak in ‘natural beef flavouring’ and a whole lotta oil.

Is McDonald's a good stock to buy?

Then during the last few years, McDonald’s was hit with likely its biggest fry struggle to date. It had to find a way to keep fries crispy for longer than ever before.

Stealth fry was great for a few decades, but the rise of delivery throughout lockdowns threw a spanner in the works.

Deliveroo’s average delivery wait time is 32 minutes for an order. But the Stealth fry was only built to last 12-15 minutes.

That just wouldn’t cut it. And McDonald’s had to go back to the drawing board - and fast. Losing fry revenue would have been a huge blow in a year when sales were already suffering.

Luckily, Lamb Weston saw this one coming. It had been planning on McDonald’s (its biggest customer, by far) need for a delivery-proof fry since 2019.

That year, the firm spent $15.4m on R&D, all to nail the perfect, long-lasting fry. Lamb Weston was ahead of the game, because it had already taken note of the huge uptick of fast-food delivery in China - a trend already emerging for years pre-pandemic.

Is Lamb Weston a good stock to buy?

It took them two years to get the pandemic-proof fry McDonald’s has today. But why hasn’t the long-lasting crisp become ubiquitous with all the other fast-food behemoths?

McDonald’s owns its proprietary fry supplied by Lamb Weston. While Lamb Weston supplies fries to KFC too, it’s not a one-fry-fits-all scenario.

McDonald’s doesn’t specify exactly how much it spends on fry inventory. But 10% of Lamb Weston’s sales come from the fast-food giant, so it’s feasibly around $376m in the US alone.

That’s equal to nearly 25% of McDonald’s 2019 expenses in the country.

The race to stand still

To the naked eye, a McDonald’s pack of fries from the 1950s would look no different to the one you’d buy today. Maybe the taste has changed a bit, but overall, it’s pretty similar to its humble roots.

So the firm has spent millions of dollars on the potato for it to look practically the same. And for the most part, those costs had nothing to do with fans wanting something different.

It was just McDonald’s responding to changes in the society it’s surrounded by.

For some industries and firms, it takes a lot of capital expenditure to stand still and stay afloat. There can be a lot going on behind the scenes that we as investors would never have a clue about. The physical product might seem the exact same, but it may have gone through a lot of iterations and expenditures to seemingly remain identical.

Lamb Weston’s allegedly now dabbling in the idea of a self-driving, fry-cooking car. That way, they come piping hot right to your door. Now that is fast food.

What do you think about the investment case for fast-food?