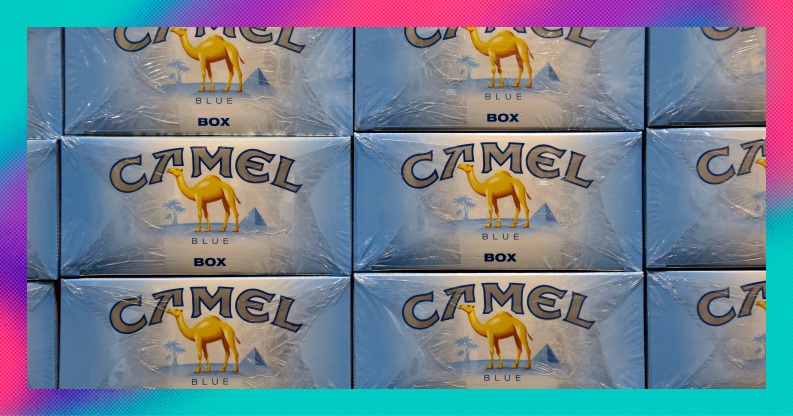 Don’t fall into the value trap.

A month ago we wrote about how lots of UK tech stocks are trading at high valuations, despite the perception that London is a bargain basement for equity investors.

The point was to highlight the disparity in UK valuations despite some investors tarring the whole index with the same brush.

But there is still merit in looking broadly at the state of a region’s market. It helps you compare it to history, other regions and companies within the index itself. After all, it’s all about relativity when it comes to valuations.

At that stage the UK, taken as a whole, was trading at a lower valuation than most of its peers around the world.

Not quite a bargain basement

A common reaction to this is to think those stocks must be cheap and offer good value for money as a result.

As we saw with tech firms, this isn’t completely true as there are still plenty of London-listed companies trading at high valuations.

But for the average forward P/E ratio to be at its current level, there do have to be a decent number of shares trading around or below the 12 mark.

And a quick glance through the 100 largest firms trading on the London Stock Exchange shows that’s the case.

The other thing to remember is that market averages do not usually work on a ‘one company, one vote’ basis.

Instead firms with larger market capitalisations have more influence in the calculation. That means bigger companies have the potential to drag the average in a particular direction.

Looking at the London market, you can find British American Tobacco (BAT), Shell, BP, and Glencore among the 10 largest firms.

All four of those companies also have forward P/E ratios under 10 and, because of their size, they have a big influence on the average Yardeni came up with.

They also provide a useful snapshot of what much of the allegedly ‘cheap’ UK stock market looks like.

These are typically big businesses with little room to expand, active in industries that don’t seem to hold much promise for the future in the eyes of investors.

UK stocks are cheap as chips: are they a buy?

BAT is the archetypal example of this. It still makes billions every year but growing regulatory pressure and understanding about the negative impact of smoking means there aren’t many people eager to rush in and snap up its shares.

The same appears to be increasingly true of hydrocarbon businesses. Even with all the problems in the gas markets, and the realisation that green energy sources may not be able to replace them just yet, there is still a sense that firms like Shell and BP are short on time.

Something that looks cheap may not be a good deal

This is probably the main reason why the UK looks so cheap compared to other countries. Many of the big listed firms here are active in sectors that people don’t believe are capable of delivering strong growth or even lasting for the long-run.

And the key word there is looks cheap. We often use certain metrics to gauge the price of a stock and think if it meets certain criteria then it must be ‘cheap’ or ‘expensive’.

The reality is something which looks cheap is often priced that way for a reason. Imagine if you were offered a bootleg, second-hand Apple laptop from 2000, which crashed every 30 minutes.

The odds are this laptop would be very ‘cheap’. Unless you were extremely desperate it would also be very unlikely you’d want to buy it.

Similarly, we shouldn’t forget that buying shares means taking a stake in a business. If a company is the equivalent of that bootleg laptop then it’s probably not worth buying, no matter how ‘cheap’ its shares may be.

To miss that point is to fall into what’s known as the value trap. You buy a firm that has cheap shares in the hope they’ll bump up in value or remain at a similar price but pay a good dividend yield.

Instead they just keep falling in value and you end up losing money. For instance, you could have bought ‘cheap’ BAT shares half a decade ago. You’d have subsequently seen them lose almost half their value.

This is not to say this logic applies to all low value companies. You may even take the contrarian view that oil and gas will be here for a long time to come and people will still be smoking Camel Blue decades from now.

You get what you pay for

But value investing is supposed to be about buying good companies that have a disconnect between their true value and the one they’re trading at. The goal is to get in when they’re underpriced and out if they reach the value you ascribe to them.

Typically this happens because a firm has been unfairly hit by a market event or is in the process of a turn around.

An extreme example of this came with the 2020 Covid-inspired market crash. Shares in US retailer Big 5 Sporting Goods hit a low of less than $0.90 and the firm’s market cap dropped to almost $15m.

The same year, the firm made over $8m in profit and it had regularly earned more than $15m in net income over the prior decade. To value the company at $15m was thus a bit of a head scratcher.

Big 5 may not be the most amazing business but saying it wasn’t worth much more than it makes in profit, or less than it has the potential to make, was probably unfair. The share price subsequently saw a massive rebound as people cottoned on to this, alongside the retailer delivering excellent results during the pandemic.

Buying Big 5 shares at their low would have been a good idea, not because the company is necessarily the most wonderful business on the market. Instead it was hit so hard by the sell-off that its shares became very cheap relative to its actual value.

That’s not the same thing as buying shares because they don’t cost much. Low value shares may not set you back much in real money terms but that low price could simply reflect the fact the company is no good.

As your mother probably told you at some point in time, you get what you pay for. Value investing is about finding companies that have shares which cost less than you believe the company is actually worth, not just buying shares because they have a low price. Engaging in the latter practice may make you feel smart but the odds are you’ll end up with even cheaper shares than you started with.

Freetrade is on a mission to get everyone investing. Whether you’re just starting out or an experienced investor, you can buy and sell thousands of UK and US stocks, ETFs and investment trusts commission-free on our trading app. Download our iOS trading app or if you’re an Android user, download our Android trading app to get started investing.

Retiring? How does £34k/year sound?