Our knowledge base to help you make better decisions when investing in the stock market.

Knowing whether you’re a saver or investor is an important first step.

Robo-advisers may not always be the right option, even for beginner investors

Clearing up the half-truths about stocks and shares ISAs.

Everything you need to know about ISA transfers

The what, when and why of transferring your account.

Putting a number on your long-term savings.

A guide to investing in commodities

Precious metals and raw materials are back in vogue.

Diversifying too much can make you lose money

Inflation could be the bellwether for the sector in 2021.

How dividends can help you earn some extra cash

Alternative currencies are back in vogue.

How to be your own ETF manager.

Five lessons from the heavyweights

What should investors be looking out for this year?

Our pocket guide to getting started the right way.

We play a quick game of bad investor bingo

My guide on when and how to hold cash, and a little something from Freetrade.

When emotion bleeds into investing

Anchorman: get rid of investing bias in 2021

What are penny stocks and how to invest in them

Don't expect to get rich quick

As the team build up our portfolios, we’re also testing our process for dividend payments. With this in mind, we thought now would be a good time to take a deeper dive into dividends.

Funds are one of the most important asset classes to get to grips with when you start investing.

What is pound-cost averaging?

Today, in our crazy voyage through the investing landscape, we’re looking at cost averaging. 💵

Read any article about compound interest and it’s likely to start with a reference to Einstein calling it the “Eighth wonder of the world”.

Deep dive: What is a bond?

Deep dive into what bonds are and how they work

In the UK, property investing has historically been very popular. A soaring property market turned a lot of middle-class boomers into millionaires.

The FTSE, the Dow, the NASDAQ. The big stock indexes/indices are probably the first bits of investing jargon we encounter. Everyone can nod…

We explain the term that finance geeks are always on about.

The research you can do to become a better stock picker.

And why it's important to prevent you from losing money.

The psychology of investing

How your monkey brain can lead you to make bad investment decisions. 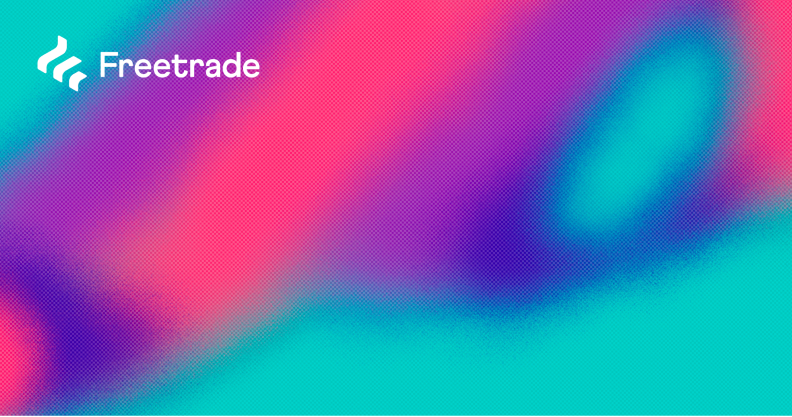 Even if you’re a newbie investor, the chances are you’ve heard of dividends.

They’re extremely popular with Freetraders and can enable you to build a source of passive income.

But before you start buying shares, it’s worth understanding what dividends are.

To explain it all, we put together this post to guide you through the who, the why and the what of dividends. 🧐

Dividends are a portion of a company’s profits that are paid out to shareholders.

Most of the time, shareholders will receive their dividends in cash but they can also be given more company stock instead of money — this is known as reinvesting.

It’s generally larger, more established companies that pay out dividends. The reason for this is that they can afford to do it.

A startup like Freetrade will need to use a large chunk of its earnings to build products, hire new staff and expand its operations.

Conversely, a big company like Barclays is less likely to need to do those things so they can afford to take a part of their earnings and pay them out to shareholders.

Lots of companies! On the Freetrade app, the majority of FTSE 100 stocks will pay out dividends.

HSBC is arguably the most famous one. The banking giant pays out regular dividends to its investors.

That may not sound like a lot but, in total, it amounted to $10.2 billion. With that kind of money, you could buy Greggs 4 times and still have some cash left. 🥧

HSBC was able to pay that amount on the back of a post-tax profit of just over $15 billion.

Still, there is a risk that the bank could become a victim of its own success. Large HSBC shareholders often invest huge sums of money in the bank because they want a steady stream of dividends.

Take Ping An. The Chinese insurer became HSBC’s biggest shareholder last year and it cited the bank’s “relatively high dividend payout ratio” as a major reason for its investment.

Having big companies invest in you is generally a good thing. But if they are only looking for dividend payments, that could end up hurting HSBC.

If the bank decides to use its earnings for other business activities, it could cause a backlash from dividend seeking investors who might then sell off their shares in the company.

As we approach the end of 2019, HSBC appears to be on the cusp of large-scale restructuring. A new CEO is set to take over and the bank is being pressed to make

cuts to underperforming areas of its business.

Like all restructuring efforts, any changes at HSBC won’t come cheap. And with the 2008 financial crisis still in people’s minds, some have argued that the bank’s billions of dollars in dividend payments might be better spent elsewhere.

Why do some companies not pay dividends?

There are plenty of companies that don’t pay any dividends. This is not necessarily a bad thing and there could be good reasons for a firm choosing not to do so.

Online retailer ASOS has been publicly traded since 2001 but has never paid dividends to its shareholders.

There are a couple of likely explanations for this.

The company began trading on the London Stock Exchange in 2001, only a year after it was founded. That meant the retailer was still in its early days when investors first acquired shares in the company.

This is important because companies which still have a lot of room to grow will spend their earnings on all the different people, products and places they need to expand — not on dividends.

The thing is, ASOS is still trying to grow. Last year the e-commerce company launched in the US and it has also been trying to make headway in Europe.

Some recent setbacks may have shaken them but — for the most part — the lack of ASOS dividends hasn’t bothered investors.

Since it went public in 2001, shares in the retailer have increased in value 129 times over — so if you’d bought £1-worth of shares when it first listed, they’d now be worth close to £130.

Why would a company stop paying dividends?

Some companies do stop paying dividends over time. This might be a bad sign for investors or it might be a sensible move on the part of the company.

Sports Direct is a retailer that many Freetraders will be familiar with. The company, which recently changed its name to Frasers Group, sells clothing online and in-store across the UK and is run by controversial businessman and Newcastle United owner Mike Ashley.

Soon after it went public in 2007, Sports Direct started to pay dividends to shareholders.

Two years later, however, the company decided to stop doing that. Ashley’s firm justified this move by saying it needed the cash to pay off its lenders.

Since then the company has given a number of different reasons for not paying dividends, including a need to spend on growth and pay company-wide bonuses.

This policy doesn’t look likely to change. At a recent company meeting, Ashley, after railing against a number of political leaders and business people, said that he wanted to pay a company-wide bonus worth £100 million.

“I’m not going to hide away from the fact that I think it’s the right thing to do,” said Ashley. “​We’d like to see 50 millionaires.”

Good for the company? Yup. Good for Freetraders looking for dividends? Not so much.

Coming soon: How Are Dividends Paid on Freetrade?