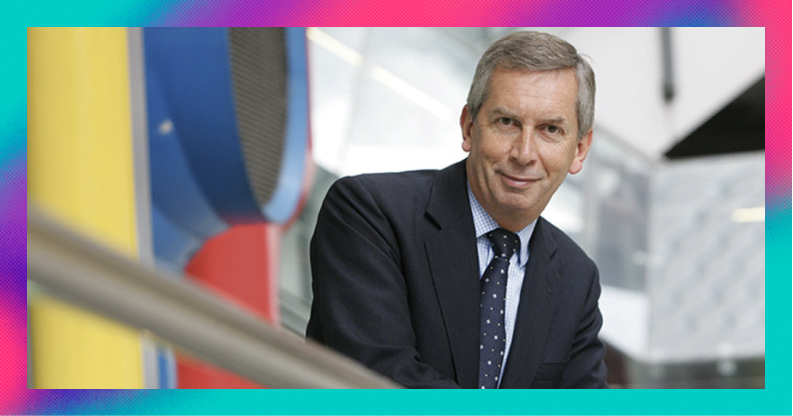 Back in the 1950s, investment manager Robert Kirby was asked by one of his clients to transfer her recently deceased husband’s stock portfolio over to her account.

When he did, Kirby found the husband, who wasn’t a customer, had been copying all of the advice his firm had been giving to the client but only using the buy recommendations, never the sell ones.

Amusingly, his portfolio had actually outperformed his wife’s, who had followed what Kirby’s company recommended to a tee.

In fact, just one of his holdings — in what would eventually become Xerox — was worth more than the entirety of his wife’s portfolio.

The coffee can portfolio

Writing three decades later in 1984 Kirby used the incident to develop what he termed the ‘coffee can portfolio’.

The basic idea is you find good stocks, buy them and then do nothing.

It takes its name from the Old West when people would keep their valuables in a coffee can, put it under their mattress and leave it there for safekeeping.

At the time, Kirby was lamenting both the rise of passive investors and the failure of fund managers who, through short-termism and trading too much, would either wipe out any benchmark-beating gains or simply fail to surpass the benchmark at all.

The coffee can concept was a call for investors and fund managers to return to ‘real’ investing by buying good companies and holding them for the long-run.

Bringing the coffee can to life

What’s striking about Kirby’s piece is how little has changed in the intervening period.

What’s more interesting is that Kirby’s ideas have arguably been put into practice since then.

At the end of his 1984 article, Kirby lamented the fact he’d be unlikely to find someone who’d be willing to pay him the fee he wanted or wait long enough for a coffee can portfolio to become a reality.

But there’s a strong argument to be made that fund manager Terry Smith has succeeded in achieving this.

Smith, who launched his famous Fundsmith Equity Fund a decade ago, has said repeatedly that his investment philosophy is…

Compare that to one of Kirby’s proposals for setting up a coffee can portfolio:

“I suggest that you find the best investment research organization you can and ask them to select a diversified portfolio of stocks with the knowledge that the portfolio will not be re-evaluated or re-examined for a period of at least 10 years.”

Ok, they may not be a perfect match but Kirby’s coffee can idea and Smith’s investment philosophy are certainly very similar.

And putting those ideas into practice has paid off. Since it started ten years ago, Smith’s flagship fund has regularly outperformed any relevant benchmarks.

Not only that but he’s arguably gone beyond what Kirby predicted would happen. His thesis was that fund managers could outperform a benchmark by about three percentage points a year but their trading fees would wipe those gains out.

But Smith has regularly beaten the benchmark by far more than 3%. The Fundsmith Equity Fund has made a habit of outperforming its MSCI World benchmark.

His many UK followers tend to use the UK 100 as a yardstick - that’s not a tremendously helpful comparison given Smith runs a global portfolio. Still, he has regularly outperformed that too.

That leaves us in a bit of a conundrum. Over the past couple of decades we’ve been told frequently that passive index ETFs are the best option for most investors.

But Smith’s success shows holding on to a selection of good stocks for a long period of time has the potential to provide a much better set of returns. So what should we do?

The first thing to point out is that Smith has a very talented team of people working for him whose job it is to research companies and filter out the good from the bad.

The average person doesn’t have that luxury, not only because you won’t be paid to do it but looking for a solid set of companies to invest in is time consuming stuff.

Kirby seemed to recognise this and it’s probably why he half-jokingly suggested going to an investment research firm to get the job done.

Fundsmith may have a research team on its side but it also has to think about its investors and the day-to-do bureaucracy that comes with running a major fund.

You don’t have to do any of that stuff which means you can be much more nimble in your stock picking efforts.

What people seem to struggle with is figuring out where to start and how to sift good from bad.

Sadly there are no cookie cutter answers for those questions.

Figuring out what stocks to look at could be done using a range of criteria, such as sector, location or size. You could also look at a combination of them. For instance, tech firms based in East Asia with revenues of at least $100m per year.

The same is true of stock picking. Investors look at lots of different data points when deciding whether a company’s shares are worth buying or not.

That might include its executive team, laws affecting the company, profit margins, barriers to entry for the market it operates in, debt levels or its share price relative to earnings.

One metric favoured by both Smith and Warren Buffett, arguably another coffee can investor, is return on capital employed. This tells you how efficiently a company is using its assets to generate further profit.

Whatever you decide to do, just remember to stay the course and not give into any silly decisions your brain might try and lure you into making.

Of course, you may decide that all of this really isn’t for you and simply choose to leave your money with fund managers that follow the coffee can philosophy.

Smith is an obvious candidate here - the managers behind his firm’s Smithson investment trust focus their attention on the small and mid cap space. Nick Train’s Lindsell Train trust is arguably a good choice too.

Like Smith, Train has performed well over the past decade by buying a small group of companies with good growth prospects and holding on to them for long periods of time.

As both of them focus heavily on providing steady returns to investors, neither of them have particularly high portfolio turnovers — meaning they avoid the sorts of trading levels Kirby warned about.

The result of this is that, even if they’re not explicitly aiming for a coffee can strategy, in practice they behave as though they are. By 2013 the Bankers Trust had held HSBC in its portfolio for 125 years.

All of this can make it seem as though buying into index tracking funds is a bad idea or something only a newbie would do.

Kirby was critical of tracker funds because he believed they weren’t as ‘passive’ as they claimed to be and hit returns through trading costs. He also noted sceptically that they only seemed to grow in popularity when the market performed well.

But the reality is index ETFs and other tracker funds have provided solid returns for lots of investors over the past few decades and have been a good option for those wanting to keep it simple and not bother with the intricacies of stock picking.

A fund tracking the S&P 500 with dividends reinvested would have returned close to 6,000% since Kirby published his article. Given the numerous crashes we’ve seen in that time, his suggestion that they only gain traction or are useful in buoyant markets seems unfounded.

The coffee can portfolio could still be a good alternative to this though and it is amazing how only a small number of fund managers seem interested in buying and holding stocks for prolonged periods of time.

When Kirby published his article in 1984, he wrote that the median portfolio turnover — meaning the proportion of holdings sold off during the course of a year — was 74%.

There are lots of figures floating around for equivalent numbers today but a 2018 study found the average turnover portfolio was 63%. In the 2000s there were occasions where the figure was in excess of 100%.

In short, not much has changed in fund management since Kirby published his article, even though the results of putting his ideas into practice seem to have borne fruit.

But good as his theory may have been, we shouldn’t forget that long-term investing is generally aimed at providing steady, compounding returns.

Tracker funds have tended to do just that for lots of investors.

So even if Kirby’s critiques of them were in some ways correct, the end result was still pretty positive for investors. Keeping an S&P 500 ETF in your coffee can may not mean you beat the market but the returns have still been positive and the fees low. And when you think about it, that’s all most investors are really after.